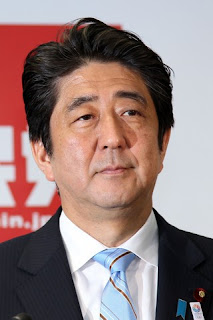 Nuclear power may never recover its cachet as a clean energy source, irrespective of safety concerns, because of the ongoing saga of meltdown 3/11/11 at Fukushima Daiichi Nuclear Power Plant. Over time, the story only grows more horrific, painful, deceitful. It’s a story that will continue for generations to come.

Here’s why it holds pertinence: As a result of total 100% meltdown, TEPCO (Tokyo Electric Power Company) cannot locate or remove the radioactive molten core or corium from the reactors. Nobody knows where it is. It is missing. If it is missing from within the reactor structures, has it burrowed into the ground?

There are no ready answers.


And, the destroyed nuclear plants are way too radioactive for humans to get close enough for inspection. And, robotic cameras get zapped!

Corium is highly radioactive material, begging the question: If it has burrowed through the containment vessel, does it spread underground, contaminating farmland and water resources and if so, how far away? Nobody knows.

According to TEPCO, removing the melted cores from reactors 1,2 and 3 will take upwards of 20 years, or more. Again who knows.

But still, Japan will hold Olympic events in Fukushima in 2020 whilst out-of-control radioactive masses of goo are nowhere to be found. TEPCO expects decades before the cleanup is complete, if ever. Fortunately, for Tokyo 2020 (the Olympic designation) radiation’s impact has a latency effect; i.e., it takes a few years to show up as cancer in the human body.

A week ago on September 7th, Former PM Junichiro Koizumi, one of Japan’s most revered former prime ministers, lambasted the current Abe administration, as well as recovery efforts by TEPCO. At a news conference he said PM Shinzō Abe lied to the Olympic committee in 2013 in order to host the 2020 Summer Olympics in Japan. 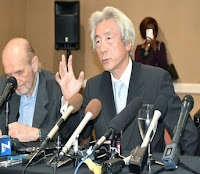 “That was a lie,” Mr Koizumi told reporters when asked about Mr Abe’s remark that Fukushima was “under control.”1. The former PM also went on to explain TEPCO, after 5 years of struggling, still has not been able to effectively control contaminated water at the plant.

According to The Straits Times’ article: “Speaking to the IOC in September 2013, before the Olympic vote, PM Abe acknowledged concerns but stressed there was no need to worry: “Let me assure you, the situation is under control.”

PM Abe’s irresponsible statement before the world community essentially puts a dagger into the heart of nuclear advocacy and former PM Koizumi deepens the insertion. After all, who can be truthfully trusted? Mr Koizumi was a supporter of nuclear power while in office from 2001-2006, but he has since turned into a vocal opponent.

Speaking at the Foreign Correspondents Club of Japan in Tokyo, Mr Koizumi said: “The nuclear power industry says safety is their top priority, but profit is in fact what comes first… Japan can grow if the country relies on more renewable energy.”2

Mr Koizumi makes a good point. There have been no blackouts in Japan sans nuclear power. The country functioned well without nuclear.

Further to the point of nuclear versus nonnuclear, Katsunobu Sakurai, mayor of Minamisoma, a city of 70,000 located 25 km north of Fukushima No. 1 nuclear plant, at a news conference in Tokyo, said:

“As a citizen and as a resident of an area affected by the nuclear power plant disaster, I must express great anger at this act… it is necessary for all of Japan to change its way of thinking, and its way of life too – to move to become a society like Germany, which is no longer reliant on nuclear power.”3


In March of 2015, Minamisoma was declared as a Nonnuclear City, turning to solar and wind power in tandem with energy-saving measures.

Meanwhile, at the insistence of the Abe administration, seven nuclear reactors could restart by the end of FY2016 followed by a total of 19 units over the next 12 months.4


One of the issues surrounding the Fukushima incident and the upcoming Olympics is whom to trust. Already TEPCO has admitted to misleading the public about reports on the status of the nuclear meltdown, and PM Abe has been caught with his hand in the proverbial cookie jar, but even much worse, lying to a major international sports tribunal. His credibility is down the drain.

As such, maybe third party sources can be trusted to tell the truth. In that regard, Greenpeace/Japan, which does not have a vested interest in nuclear power, may be one of the only reliable sources, especially since it has boots on the ground, testing for radiation. Since 2011, Greenpeace has conducted over 25 extensive surveys for radiation throughout Fukushima Prefecture.

In which case, the Japanese people should take heed because PM Abe is pushing hard to reopen nuclear plants and pushing hard to repopulate Fukushima, of course, well ahead of the 2020 Tokyo Olympics since there will be events held in Fukushima Prefecture. After all, how can one expect Olympians to populate Fukushima if Japan’s own citizens do not? But, as of now to a certain extent citizens are pushing back. Maybe they instinctively do not trust their own government’s assurances.

But, more chilling yet, after extensive boots-on-the-ground analyses, Greenpeace issued the following statement in March 2016:

Unfortunately, the crux of the nuclear contamination issue – from Kyshtym to Chernobyl to Fukushima- is this: When a major radiological disaster happens and impacts vast tracts of land, it cannot be ‘cleaned up’ or ‘fixed’.5


That is a blunt way of saying sayonara to habitation on radioactive contaminated land. That’s why Chernobyl is a permanently closed restricted zone for the past 30 years.

As far as “returning home” goes, if Greenpeace/Japan ran the show rather than PM Abe, it appears they would say ‘no’. Greenpeace does not believe it is safe. Greenpeace International issued a press release a little over one month ago with the headline: “Radiation Along Fukushima Rivers up to 200 Times Higher Than Pacific Ocean Seabed”.6

Here’s what they discovered: “The extremely high levels of radioactivity we found along the river systems highlights the enormity and longevity of both the environmental contamination and the public health risks resulting from the Fukushima disaster,” says Ai Kashiwagi, Energy Campaigner at Greenpeace Japan.

“These river samples were taken in areas where the Abe government is stating it is safe for people to live. But the results show there is no return to normal after this nuclear catastrophe,” claims Kashiwagi.


“Riverbank sediment samples taken along the Niida River in Minami Soma, measured as high as 29,800 Bq/kg for radiocaesium (Cs-134 and 137). The Niida samples were taken where there are no restrictions on people living, as were other river samples. At the estuary of the Abukuma River in Miyagi prefecture, which lies more than 90km north of the Fukushima Daiichi plant, levels measured in sediment samples were as high as 6,500 Bq/kg”.7


The prescribed safe limit of radioactive cesium for drinking water is 200 Bq/kg. A Becquerel (“Bq”) is a gauge of strength of radioactivity in materials such as Iodine-131 and Cesium-137.8


“The lifting of evacuation orders in March 2017 for areas that remain highly contaminated is a looming human rights crisis and cannot be permitted to stand. The vast expanses of contaminated forests and freshwater systems will remain a perennial source of radioactivity for the foreseeable future, as these ecosystems cannot simply be decontaminated.”9


Still, the Abe administration is to be commended for its herculean effort to try to clean up radioactivity throughout Fukushima Prefecture, but at the end of the day, it may be for naught. A massive cleanup effort is impossible in the hills, in the mountains, in the valleys, in the vast forests, along riverbeds and lakes, across extensive meadows in the wild where radiation levels remain deadly dangerous. Over time, it leaches back into decontaminated areas.

And as significantly, if not more so, what happens to the out-of-control radioactive blobs of corium? Nobody knows where those are, or what to do about it. It’s kinda like the mystery surrounding black holes in outer space, but nobody dares go there.

Fukushima is a story for the ages because radiation doesn’t quit. Still, the Olympics must go on, but where?

Robert Hunziker (MA, economic history, DePaul University) is a freelance writer and environmental journalist whose articles have been translated into foreign languages and appeared in over 50 journals, magazines, and sites worldwide. He can be contacted at: rlhunziker@gmail.com. Read other articles by Robert.