Training Saudi's for a More Sensitive Destructive Capability in Yemen

Feed the Hungry, Treat the Sick: A Crucial Training 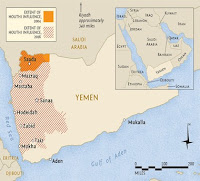 On June 15, 2017, the New York Times reported that the government of Saudi Arabia aims to ease the concerns of some U.S. legislators over U.S. weapon sales to Saudi Arabia.

The Saudis plan to engage in “a $750 million multiyear training program through the American military to help prevent the accidental killing of civilians in the Saudi-led air campaign against Houthi rebels in Yemen.”

Since entering the war in Yemen, in March of 2015, the Saudi coalition’s airstrikes, with U.S. assistance, have destroyed bridges, roads, factories, farms, food trucks, animals, water infrastructure, and agricultural banks across the north, while imposing a blockade on the territory. For a country heavily dependent on foreign food aid, that means starving the people. At least seven million people suffer now from severe acute malnourishment.

U.S. assistance to the Saudi-led coalition has included providing weapons, sharing intelligence, targeting assistance, and aerial jet refueling. “If they stop the refueling, that would stop the bombing campaign literally tomorrow,” says Iona Craig, who frequently reports from Yemen, “because logistically the coalition would not be able to send their fighter jets in to carry out sorties without that help.”

The U.S. has also provided “cover” for Saudi violations of international law. On October 27th, 2015, Saudi Arabia bombed a Yemeni hospital operated by Doctors Without Borders. The airstrike went on for two hours, reducing the hospital to rubble.

Ban Ki Moon, then Secretary General of the UN, admonished the Saudi government for attacking a medical facility. The Saudis responded that the U.S. had similarly bombed a Doctors Without Borders hospital, in Afghanistan’s Kunduz province, which indeed the U.S. had, earlier that same month, on October 3, 2015. The U.S. airstrikes continued, in 15 minute intervals, for an hour, killing 42 people and likewise reducing the Doctors Without Borders hospital to rubble and ash.


How would the U.S. military train the Saudis to prevent the accidental killing of civilians? Would they teach Saudi pilots the military parlance used when U.S. drones hit an intended target: the pools of blood that sensors detect, in place of what was once a human body, are called “bugsplat”?


If someone attempts to run from the site of the attack, that person is called a “squirter.”

When the U.S. attacked the Yemeni village of Al Ghayyal, on January 29th, 2017, one Navy Seal, Chief Petty Officer Ryan Owen, was tragically killed. That same night, 10 Yemeni children under 13 years of age and six Yemeni women, including Fatim Saleh Mohsen, a 30 year-old mother, were killed. U.S.-fired projectile missiles ripped apart Saleh’s home in the middle of the night. Terrified, she scooped up her infant and grabbed the hand of her son who was a toddler, deciding to run out of the house into the darkness.

Was she considered a squirter?

A U.S. missile killed her almost as soon as she fled. Will the U.S. train the Saudis to engage in U.S. exceptionalism, discounting the lives of alien others, giving priority, always, to so-called national security for the nation with the most weapons?

Over the past seven years, I’ve noted a steady increase in U.S. surveillance of Afghanistan. Drones, tethered blimps, and complex aerial spying systems cost billions of dollars, apparently so that analysts can “better understand patterns of life in Afghanistan.” I think this is a euphemism. The U.S. military wants to better understand patterns of movement for its “High Value Targets” in order to assassinate them. 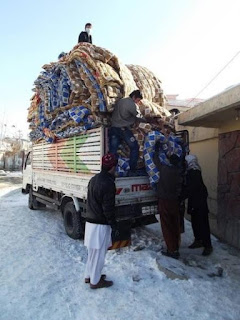 But my young friends in the Afghan Peace Volunteers, (APV), have shown me a life-giving kind of “surveillance.” They conduct surveys, reaching out to the neediest families in Kabul, trying to establish which families are most likely to be hungry because they have no means to acquire rice and cooking oil.

The APV then work out ways to employ widows to sew heavy blankets, or compensate families that agree to send their child laborers to school for half a day.

I told my young friends in Kabul about the dire straits Yemeni youngsters face. Now, along with conflict driven starvation, the nightmarish spread of cholera afflicts them.


Save the Children has warned that the rate of cholera infection in Yemen has tripled over the past 14 days, with an average of 105 children contracting the disease every hour – or one every 35 seconds.


“It’s too much for us to learn these statistics,” my young friends gently responded upon learning about the staggering numbers of Yemeni people who could die from starvation or disease. “Please,” they asked, “can you find someone we could get to know, person to person, through a Skype conversation?”

Two friends in Yemen said that even in the major cities, Yemenis are isolated in terms of international communication. After the APV learned that the conversation they envisioned might not be possible, a few days passed before I heard from them. Then a note arrived, saying that at the end of Ramadan, the month during which they’ve been fasting, they typically take up a collection to help share resources.

They asked me to entrust their collection, meager though it might be, to two Yemeni human rights advocates in New York who are more or less marooned there. This Yemeni couple wonders when commercial flights to Sana’a, Yemen’s largest city, might resume. The APVs, who understand all too well what it means to face an uncertain, precarious future, want to alleviate hunger in Yemen.

They set an example of what could be done — what should be done– rather than make hideous preparations to target, maim, torture, starve and kill other people. We should, individually and collectively, do all that we can to prohibit U.S. supported Saudi-led coalition onslaughts against Yemeni civilians, encourage a silencing of all the guns, insist on lifting the blockade, and staunchly uphold humanitarian concerns.

KATHY KELLY co-coordinates Voices for Creative Nonviolence and has worked closely with the Afghan Youth Peace Volunteers. She is the author of Other Lands Have Dreams published by CounterPunch / AK Press. She can be reached at: Kathy@vcnv.org