Keeping Yulia Quiet: Does She Just Want to Be Alone, or Is Skripal Being Held Incommunicado 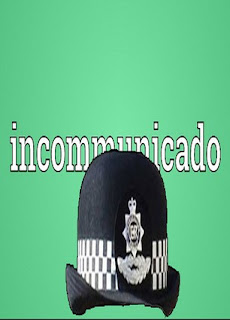 Moscow - The Metropolitan Police Commissioner, Cressida Dick, has announced that Yulia Skripal is not being held incommunicado, against her will, and in violation of her legal rights “if she consents to any assistance provided”.

Last week’s videotape of Skripal signing a paper and making a brief speech was arranged within four days of the Commissioner’s announcement in an attempt by British officials to remove the Commissioner’s “if”, and demonstrate publicly that Skripal “consents to any assistance provided”.

They say Skripal remains incommunicado, her whereabouts secret, prevented from access to her family and friends in Moscow, unrepresented by a lawyer, and unable to apply to a British court. Such restrictions, the lawyers believe a British judge would rule, amount to secret incommunicado detention and enforced disappearance in violation of her rights under the British Human Rights Act of 1998.

Skripal’s brief scripted references last week to “privacy”, “time to recover”, and “all the people who gave me support and help in this difficult period of my life” do not meet Commissioner Dick’s standard of consent, the lawyers believe.

Last Wednesday, May 23, the Reuters news agency recorded an appearance of Yulia Skripal at an undisclosed garden location reportedly near London. It was the first time she has appeared in full sight and in public since she arrived in Britain on March 3, and then suffered a poisoning attack the next day in Salisbury. For details of the videotape record, her speech of one minute 55 seconds, and the differences between the English-language script and the Russian spoken by Skripal, read this.

Left: Cressida Dick, Commissioner of Police of the Metropolis since
April 10, 2017. Right: Reuters publication of Yulia Skripal on May 23, 2018;
source: www.reuters.com

Unknown to the press and to the British Government, between May 7 and May 19, a British citizen named Harry Law, retired from a career in Northern Irish politics, was corresponding with the Private Office of Commissioner Dick at New Scotland Yard. Law, who has published this report on Liverpool Labour Party politics, is not a lawyer. So in his emailed questions he began by citing Article 5 and Article 8 of the UK Human Rights Act of 1998. He requested the Commissioner identify under “what specific law Ms Skripal is being detained”. That was on May 7. On May 9, Law received an emailed reply from Sally Meaden, who identified herself as a staff officer to Sir Craig Mackey, the Deputy Police Commissioner. The reply did not address the question asked, and had not been proofed before it was sent. “I refer you to the [sic] our previous statements on this matter, but you will understand that I cannot comment further on the investigation.”

As the latest Metropolitan Police organization chart shows, Dick is Commissioner and Mackey is her deputy.


On May 15 Law addressed Commissioner Dick once more, pointing out that “you refused to give a lawful reason why Ms Skripal was being detained”. He then cited Skripal’s circumstances at the time as an “enforced disappearance” subject to the United Nations International Convention for the Protection of All Persons from Enforced Disappearance. The convention was negotiated in 2006 and took effect internationally in 2010. It can be read in full here. The United Kingdom is one of the states which have not ratified it.

“[U]nless you tell me which specific Law of the UK you are holding/detaining [Skripal], or of any other form of deprivation of liberty and incommunicado [of] Ms Skripal and the proof that she is not being held against her will, the burden is on you, then I will have no other alternative than to assume you have no legal authority to hold her and will be forced to institute proceedings against you under the common law offence of Unlawful Detention using section 6[1] of the Prosecution of Offenders Act 1985.” 
It took Dick four days to reply to Law. At 8:41 pm on Saturday evening, May 19, Dick’s staff officer, who identified himself by his first name James, replied: “If [sic] Ms Skripal consents to any assistance provided then she could not be considered to be being detained against her will.”

At that point in time there had been no public appearance of Skripal, and no evidence of what, if anything, she was consenting to. Commissioner Dick’s conditional if was a big one; the convoluted phrasing in the subjunctive passive tense of “could not be considered to be being” revealed the police were struggling with Law’s application of the statute law.

Yulia Skripal then appeared on Reuters videotape not long after Dick’s statement. Exactly how much time had elapsed between the Saturday email and the Wednesday press event isn’t clear. Reuters did not start publishing until Wednesday evening, London time. Also, there is no date on the papers Skripal signed which were presented through Reuters to the press.

Whether the garden event took place before the May 23 broadcast is not known. To lawyers reviewing the Law dossier, it seems that Law’s persistent questioning of the police commissioner triggered the videotaping of Skripal so that, in the words of Dick’s spokesman, “she could not be considered to be being detained against her will.”

Law had warned Dick that “incommunicado detention of 15 days constitutes a violation… though shorter time periods may also be prohibited.” He was relying on this review from 2006 of the international laws and court judgements which apply to the conditions in which Yulia Skripal is being held, and in particular what international law defines as incommunicado, secret and unacknowledged detention.

Before the May 23 appearance, Skripal had made a furtive 97-second telephone call from Salisbury Hospital to her cousin in Moscow on April 5. She was then held incommunicado for seven weeks.

As this story goes to press, she has been incommunicado for another week.

Read the Law-Dick emails here, clicking on the images to enlarge them for ease of reading.