Canada Rachets up Intervention in Venezuela with ICC Request

Yves Engler examines Ottawa's escalation of its campaign against Venezuela. 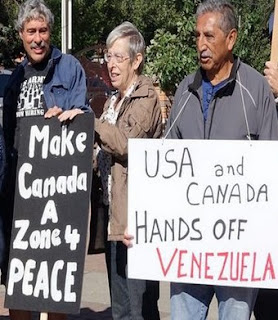 Requesting the International Criminal Court to investigate Venezuela’s government is a significant escalation in Ottawa’s campaign of interference in the domestic affairs of another country.

Supported by five like-minded South American nations, it’s the first time a member state has been brought before the ICC’s chief prosecutor by other members.

In Canada the campaign to have the ICC investigate the Nicolás Maduro government began in May.

“I would like to see the states from the G7 agreeing to refer the matter of crimes against humanity to the International Criminal Court for a prospective investigation and prosecution,” said Irwin Cotler at an Ottawa press conference to release a report on purported Venezuelan human rights violations.


The former Liberal justice minister added, “this is the arch-typical example of why a reference is needed, as to why the ICC was created.”

Cotler was one of three “international experts” responsible for a 400-page Canadian-backed Organization of American States (OAS) report on rights violations in Venezuela. The panel recommended OAS secretary general Luis Almagro submit the report to the Office of the Prosecutor of the ICC and that other states refer Venezuela to the ICC.

In a Real News Network interview, Max Blumenthal described “the hyperbolic and propagandistic nature” of the press conference where the report was released at the OAS in Washington. Cotler said Venezuela’s “government itself was responsible for the worst ever humanitarian crisis in the region.”

Worse than the extermination of the Taíno and Arawak by the Spanish? Or the enslavement of five million Africans in Brazil? Or the 200,000 Mayans killed in Guatemala? Or the thousands of state-murdered “subversives” in Chile, Argentina, Uruguay, Brazil, Peru, etc.? Worse than the tens of thousands killed in Colombia, Honduras and Mexico in recent years? Worse than the countless US (and Canadian) backed military coups in the region?

Or perhaps Almagro, who appointed Cotler and the two other panelists, approves of the use of military might to enforce the will of the rich and powerful.

“As for military intervention to overthrow the Nicolas Maduro regime, I think we should not rule out any option… diplomacy remains the first option but we can’t exclude any action.”


Even before he mused about a foreign invasion, the former Uruguayan foreign minister’s campaign against Maduro prompted Almagro’s past boss, former president José Mujica, to condemn his bias against the Venezuelan government. 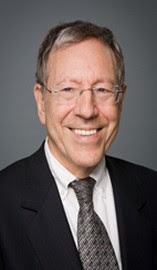 For his part, Cotler (right) has been attacking Venezuela’s Bolivarian government for a decade. In a 2015 Miami Herald op-ed Cotler wrote that “sanctions” and “travel-visa bans… isn’t enough.” The US government “must increase the pressure on Maduro to respect the fundamental human rights of all of Venezuela’s people.” The next year Venezuela’s obstructionist, opposition-controlled National Assembly gave Cotler an award for his efforts, notably as a lawyer for right-wing coup leader Leopoldo Lopez.

When he joined Lopez’ legal team in early 2015 the Venezuelan and international media described Cotler as Nelson Mandela’s former lawyer (a Reuters headline noted, “Former Mandela lawyer to join defense of Venezuela's jailed activist”). In response, South Africa’s Ambassador to Venezuela, Pandit Thaninga Shope-Linney, said, “Irwin Cotler was not Nelson Mandela’s lawyer and does not represent the Government or the people of South Africa in any manner.” (This 2005 article details how the ‘Mandela’s lawyer’ claim has repeatedly been invoked to justify Cotler’s contribution to rights abuses.)

In 2010 Cotler called on a Canadian parliamentary committee to “look at the Iranian connection to Chávez,” asking a representative of Venezuela’s tiny Jewish community:

“What evidence is there of direct Iranian influence, or involvement, on Chávez and the climate of fear that has developed? Is there any concern in the [Jewish] community, with some of the Iranian penetration that we know about in Latin America with respect to terrorist penetration, that is also prospectively present for Venezuela?”


A year earlier “Mandela’s lawyer” accused president Hugo Chavez of anti-Semitism. Cotler co-presented a petition to the House of Commons claiming an increase in state-backed anti-Semitism in Venezuela. At the time Cotler said Venezuela had seen a “delegitimization from the president on down of the Jewish people and Israel.” These unsubstantiated accusations of anti-Semitism were designed to further demonize a government threatening North American capitalist/geopolitical interests.

As for the sincerity of his commitment to ending humanitarian crises, Cotler has devoted much of his life to defending Israeli human rights violations, including its recent killing of unarmed protesters in Gaza. His wife, Ariela Zeevi, was parliamentary secretary of Likud when the arch anti-Palestinian party was established to counter Labour’s dominance of Israeli politics. According to the Canadian Jewish News, she was a “close confidant of [Likud founder Menachem] Begin.”

Cotler was no doubt angered by Chavez’s criticism of Israel. In 2009 Venezuela broke off relations with Israel over its assault on Gaza that left 1,400 Palestinians dead. Beyond Israel, Cotler has made a career out of firing rhetorical bombs at the US and Canada’s geopolitical competitors and verbal pellets at its allies.

Of course, it is not surprising to see such hypocrisy from someone leading a hypocritical Canadian campaign to destabilize and overthrow an elected government.
Posted by Gorilla Radio Blog at Tuesday, October 16, 2018