by Ben Norton - The Grayzone

The Grayzone editor Max Blumenthal has been arrested on false charges after reporting on Venezuelan opposition violence outside the DC embassy. He describes the manufactured case as part of a wider campaign of political persecution. 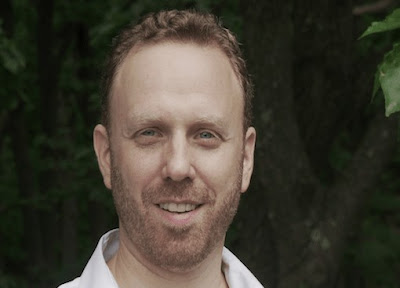 Max Blumenthal, the editor of the news site The Grayzone, was arrested on the morning of October 25 on a fabricated charge related to the siege of the Venezuelan embassy in Washington, DC that took place between April and May.

A team of DC police officers appeared at Blumenthal’s door at just after 9 AM, demanding entry and threatening to break his door down. A number of officers had taken positions on the side of his home as though they were prepared for a SWAT-style raid.

Blumenthal was hauled into a police van and ultimately taken to DC central jail, where he was held for two days in various cells and cages. He was shackled by his hands and ankles for over five hours in one such cage along with other inmates. His request for a phone call was denied by DC police and corrections officers, effectively denying him access to the outside world.

Blumenthal was informed that he was accused of simple assault by a Venezuelan opposition member. He declared the charge completely baseless.

“It is clearly part of a campaign of political persecution designed to silence me and the The Grayzone for our factual journalism exposing the deceptions, corruption and violence of the far-right Venezuelan opposition.”


The arrest warrant was five months old. According to an individual familiar with the case, the warrant for Blumenthal’s arrest was initially rejected. Strangely, this false charge was revived months later without the defendant’s knowledge.

“If the government had at least told me I had a warrant I could have voluntarily surrendered and appeared at my own arraignment. I have nothing to fear because I’m completely innocent of this bogus charge,” Blumenthal stated.

“Instead, the federal government essentially enlisted the DC police to SWAT me, ensuring that I would be subjected to an early morning raid and then languish in prison for days without even the ability to call an attorney.”


[For complete article, please see source at The Grayzone here.]