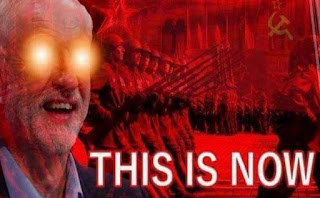 Watching the BBC’s coverage of the election, you could be excused for taking away two main impressions of last night’s results. First, that Theresa May had a terrible, self-sabotaging campaign; and second that, while Jeremy Corbyn may be celebrating, he decisively lost the election.

Those are the conclusions we would expect a pundit class to draw that has spent two years slandering Corbyn, calling him “unelectable”, warning that he appealed to little more than a niche group of radical leftists, and claiming that Labour was about to face the worst electoral defeat in living memory – if not ever. Corbyn’s social justice message was supposedly alienating the heartlands of the UK.

So let’s stand back, look at the voting figures and see how a Corbyn-led Labour party actually did.

Corbyn received 41 per cent of the vote, against May’s 44 per cent. Given the UK’s inherently flawed, first-past-the-post electoral system, he won some 50 fewer seats than the Conservatives, but that was still a big improvement on Labour’s share of seats in the last election, under Ed Miliband. There is now a hung parliament, and to survive May will need to depend on the MPs of a small group of Northern Irish extremist Loyalists, creating a deeply unstable government.

But how did Corbyn do in terms of the Labour vote compared to his recent predecessors? He won many more votes than Ed Miliband, Gordon Brown and Neil Kinnock, who were among those that, sometimes noisily, opposed his leadership of the party.

They lost their elections. But what about Corbyn’s share of the vote compared to Tony Blair, his most high-profile critic, whose many allies in the parliamentary Labour party sought relentlessly to subvert Corbyn’s leadership over the past two years and tried to bring him down, including by staging a leadership challenge last year?

Here are the figures for Blair’s three wins. He got a 36 per cent share of the vote in 2005 – much less than Corbyn. He received a 41 per cent of the vote – about the same as Corbyn – in 2001. And Blair’s landslide victory in 1997 was secured on 43 per cent of the vote, just two percentage points ahead of Corbyn last night.

In short, Corbyn has proved himself the most popular Labour leader with the electorate in more than 40 years, apart from Blair’s landslide victory in 1997. But let’s recall the price Blair paid for that very small margin of improvement over Corbyn’s vote. Behind the scenes, he sold Labour’s soul to the City, the corporations and their lobbyists. That Faustian pact secured Blair the backing of most of the media, including Rupert Murdoch’s stable of papers and TV channel. The corporations mobilised their entire propaganda machine to get Blair into power. And yet he managed it with only 2 percentage points more than Corbyn, who had that same propaganda machine railing against him.

Also, unlike Corbyn, Blair did not have to endure a large section of his own party trying to destroy him from within.

That is the true mark of Corbyn’s achievement.

Another point. Blair’s 1997 landslide was the peak of his success. As Labour members realised what he had done to achieve victory, support ebbed away relentlessly until he was forced to step down and hand over a profoundly damaged party to Gordon Brown.

With Corbyn, the election campaign proved that there is a huge appetite for his honesty, his passion, his commitment to social justice – at least when audiences got a chance to hear from him directly, rather than having his policies and personality mediated and distorted by a biased and self-serving corporate media. Unlike Blair, who destroyed Labour to turn it into a Thatcher-lite party, Corbyn is rebuilding Labour into a social movement for progressive politics.

Here is a graph that offers another measure of the extent of Corbyn’s achievement last night. It shows that he has just won the largest increase in the share of the Labour vote over the party’s previous general election performance since Clement Attlee in 1945. In short, he’s turned around the electoral fortunes of the Labour party more than any other party leader in 70 years.

And unlike Blair, he’s done it without making back-room deals with big business to eviscerate his party’s economic and social programmes.

A reader has made an excellent additional point. Blair was able to rely on a strong Scottish vote for Labour that no longer existed by the time Corbyn became leader. Most of that vote now goes to the Scottish National Party (SNP) over the issue of independence for Scotland. If one factors that in too, one can see quite how much more popular Corbyn is with voters than decades of his triangulating, neoliberal-friendly predecessors.


Jonathan Cook, based in Nazareth, Israel is a winner of the Martha Gellhorn Special Prize for Journalism. His latest books are Israel and the Clash of Civilisations: Iraq, Iran and the Plan to Remake the Middle East (Pluto Press) and Disappearing Palestine: Israel's Experiments in Human Despair (Zed Books).

Read other articles by Jonathan, or visit Jonathan's website.