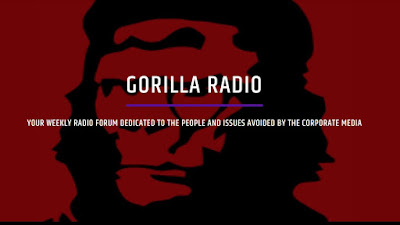 In December, 2019 Huawei executive Meng Wanzhou was intercepted at Vancouver’s International Airport and ultimately arrested by the RCMP. It soon became apparent Meng was taken at the behest of the United States who hoped to use her incarceration as a “bargaining chip” in trade negotiations with China. Her mainly because more than merely being a top-tier executive, Meng is also the daughter of Huawei founder, Ren Zhengfei. Today, two and a half years after her arrest, Meng Wanzhou is still a political captive who, like Julian Assange in Great Britain, awaits extradition orders to the United States.

Ken Stone is a long-time antiwar activist, serving as an executive member of both the Syria Solidarity Movement and Hamilton Coalition to Stop the War. Ken and the Hamilton Coalition have joined forces with online investigative journalism site, The Canada Files and rank and file Canadians upset with the country’s legal tradition being so rudely sullied in this case to pursue a Cross-Canada FREE MENG WANZHOU campaign. Last week, the webinar, “New developments in the Meng case” again addressed this ongoing sore point. 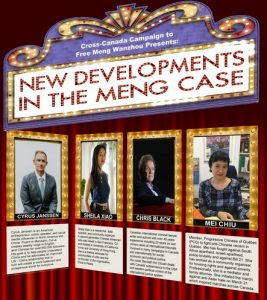 Ken Stone in the first half.

And; last week Environment NGO’s SkeenaWild and the BC Mining Law Reform Network released a study of mining practices in British Columbia. ‘Dirty Dozen 2021: B.C.’s Top Polluting and Risky Mines calls for reforms and better enforcement of scofflaw companies whose current practices threaten both community cohesion and the natural environment.
Nikki Skuce is Director of the Smithers-based Northern Confluence Initiative, (in Wet’suwet’en territory). She also works on salmon conservation and land-use decisions, and is the co-chair of the BC Mining Law Reform network. Nikki Skuce and airing the dirt on B.C. mining in the second half.

But first, Ken Stone and new developments in the festering Meng Wanzhou case.

Posted by Gorilla Radio Blog at Saturday, May 22, 2021 No comments:

AP Loses Its "Nuance", Firing Reporter for Past Political Activity

May 22, 2021
Emily Wilder had thought she’d hit it big. After interning at the Arizona Republic, she earned a newsroom assistant job at the Phoenix bureau of the Associated Press, starting May 3. It wouldn’t last long. 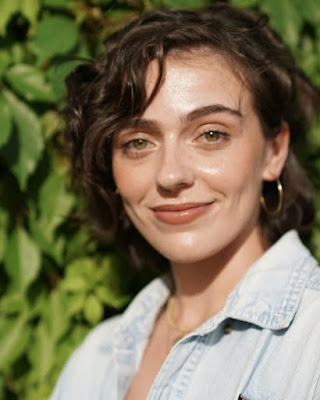 Several right-wing organizations, including the Federalist (5/19/21) and Washington Free Beacon (5/18/21) outlets, attacked the news service over Wilder’s previous affiliation with Students for Justice in Palestine, when she was an undergraduate at Stanford University. AP, which recently had its office in Gaza destroyed by Israeli missile fire, bowed to the pressure (Washington Post, 5/20/21).

Will the U.S. allow a socialist president in Peru? Peru Election: Close Race Between Left and Right

May 18, 2021
Peru’s election pits two extremely opposite candidates against one another, uncannily similar to Ecuador’s election on April 11. Nearly at the last minute, the millionaire conservative Guillermo Lasso, former banker and Coca Cola director, won the run-off election over socialistic candidate Andres Arauz, 52.5% to 47.5%. Arauz had led the pack of 16 presidential candidates during the first round with 32.7% of the vote over Lasso’s 19.74%.

It has been eleven years since the Levada Centre, the independent national polling organisation in Moscow, reported a survey of Russian attitudes towards the Palestinians and the Israelis. “We had such a poll in 2010,” Denis Leven, a Levada sociologist, said yesterday. “I can’t say exactly if we are going to make another one in the near future. Now we focus on the events in Russia and neighbouring countries.”

This isn’t true; in recent weeks, Levada has polled Russians on their attitudes towards Turkey, the US, the European Union, China, as well as the states which Russians regard as enemies — Great Britain, Poland, the Baltic states, Germany, France, Japan, and Canada.

BC wild berries – Unfit for human and animal consumption?

by  Peter Ewart - Special to the PG Daily News

Is it a good idea to pick and eat wild raspberries and blueberries in forest cutblocks in the Central and Northern Interior of British Columbia?  Not if these lands have been sprayed with the weedkiller glyphosate sometime in the last few years. 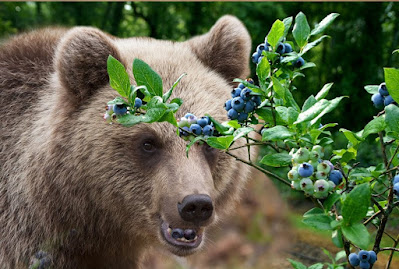 And the same caution holds true for wildlife like moose and bears who, besides berries, also consume large quantities of fireweed, willow and dogwood shoots, all of which can contain low levels of glyphosate residue for relatively long periods of time.

Read more »
Posted by Gorilla Radio Blog at Wednesday, May 19, 2021 No comments:

May 19, 2021
The Israeli government’s targeted destruction of a Gaza building housing offices of the AP and Al Jazeera has seemingly brought a new dimension to the latest military action against Palestinians. 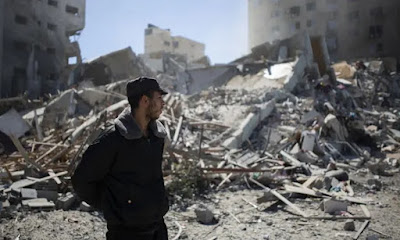 Free press advocates slammed the action, and the Israeli government’s defense that the building was a Hamas military installation was met with eye-rolling skepticism—Hamas denies this (Intercept, 5/17/21), the US State Department claims it hasn’t seen evidence of this (Axios, 5/17/21) and AP president and CEO Gary Pruitt (AP, 5/16/21) said, “We have had no indication Hamas was in the building or active in the building.”

Read more »
Posted by Gorilla Radio Blog at Wednesday, May 19, 2021 No comments:

May 18, 2021
RCMP entered the Rainforest Flying Squad’s Caycuse camp this morning. Four forest defenders were arrested so far. At least two had locked themselves to a gate, which required first cutting the chain to free them.. They were removed early in the afternoon in a police van. 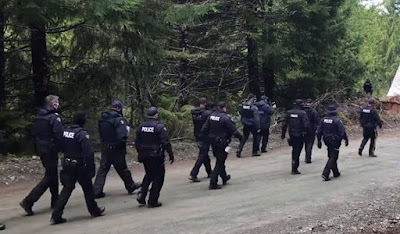 “We are proud of all our members, who are willing to stand up for the old-growth forests that a majority of British Columbians want protected, in spite of the personal cost to themselves,” says Kathleen Code, a member of the Rainforest Flying Squad.
Read more »
Posted by Gorilla Radio Blog at Wednesday, May 19, 2021 No comments:

Waking Dawn: What and Who Really Killed Dawn Sturgess?

THE LIE THAT KILLED DAWN STURGESS – AND WHY IT TOOK THE BRITISH GOVERNMENT FOUR MONTHS TO PERSUADE TWO DOCTORS, PHILIP LUMB AND GUY RUTTY, TO SIGN THEIR NAMES TO NOVICHOK

@bears_with
In the 50-year history of the nerve agent Novichok, no human being has died from it with the exception of Dawn Sturgess in Amesbury, Wiltshire, on July 8, 2018.  Only Sturgess didn’t. 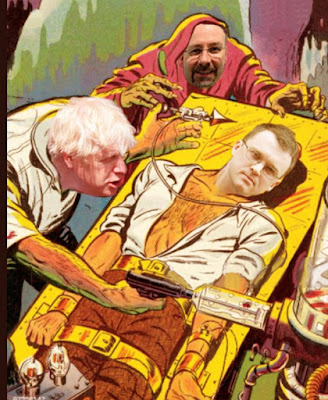 The cause of her death, according to the post-mortem performed the next day, July 9, 2018, by Philip Lumb (lead image, right), was “post cardiac arrest hypoxic brain injury and intracerebral haemorrhage”, according to the report he signed. This means that Sturgess suffered from a heart attack, which then stopped the flow of oxygen to her brain (hypoxia). An unfortunate, but also very common cause of death, according to the medical research.  Lumb did not report what caused Sturgess’s heart to stop.

Welcome back to Gorilla Radio’s Home Edition, recorded on the dates, May 11th and 17th, 2021 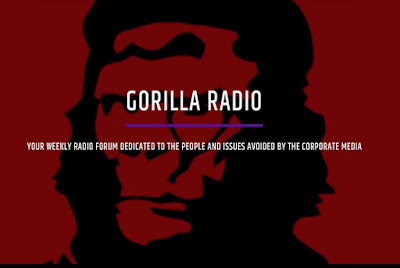 Five centuries after Cortez, Mexico is again defending colonization by a foreign army. This time the Conquistadores come in the guise of transglobal corporations, their goal the gold to be gleaned from Mexico’s greatest treasure, maize. But first, Bayer-Monsanto would transmogrify, through the magic of Genetic Modification, the ancient grain into a more malleable form of glyphosate-resistant corn, ready for the application of millions of tons of Bayer-Monsanto marketed pesticides.

The one kink in the scheme is Mexican president, Andrés Manuel López Obrador’s vow to rid his country of GMO’s by 2024. And that’s where the sword leaves the scabbard for the chemical lobby and its U.S. Trade Representatives.

Peter Ewart is a Prince George, B.C.-based writer whose articles feature online and at the PG Daily News in Prince George. In his latest, ‘Mexico, Glyphosate and Bayer-Monsanto‘ he warns of the threat posed to the original staple crop of Turtle Island and its progenitors, the “People of the Corn”. 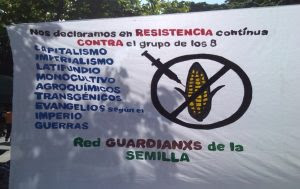 Peter Ewart in the first half.

And; last week, after nearly thirty years, the founder and board chair of Pan American Silver stepped into a golden sunset retirement made comfortable by the billions of dollars he made for himself and his shareholders at the expense of indigenous peoples and the natural environment throughout Latin America. In the meantime, he’s burnished a public image as philanthropist leader of corporate responsibility, and environmental champion; all belying a “legacy of community harm and environmental destruction“.

Ellen Moore is the International Mining Campaign Manager at Earthworks, a U.S. based non-profit that supports communities impacted by oil, gas and hard-rock mining. Before joining Earthworks Ellen worked in Nevada and Guatemala on issues related to human rights, environmental justice and mining. Moore participated in an event held last week to mark the toxic reality of Pan American Silver. 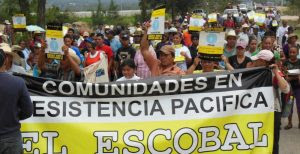 Ellen Moore and the false glitter of Pan American Silver in the second half.

But first, Peter Ewart and the cancerous return of Bayer-Monsanto, Mexico’s new Conquistadores.

Escobal: The Mine Named Monster

Following the Footsteps of the Mining Monster

New map reveals conflicts and harms at eight mine sites across Latin America, all owned by Pan American Silver. 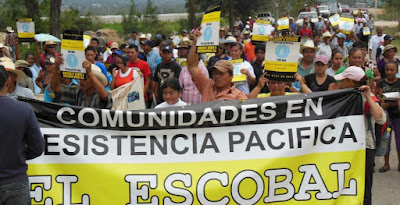 The metaphor of “a big monster that treads heavily” has been used to describe war in a song famously sung by Mercedes Sosa. It has also been applied to the mining of metals, such as gold and silver, given the industry’s track record of serious and long-lasting impacts.