@bears_with
April 27, 2021
According to Zarif, whose remarks leaked to the New York Times and other media on the weekend, “Russia did not want the agreement to succeed and ‘put all its weight’ behind creating obstacles because it was not in Moscow’s interests for Iran to normalize relations with the West.” To that end, Zarif claimed on tape, “General [of the Islamic Revolutionary Guard Corps, Qassem] Soleimani traveled to Russia to ‘demolish our achievement’, meaning the nuclear deal.” 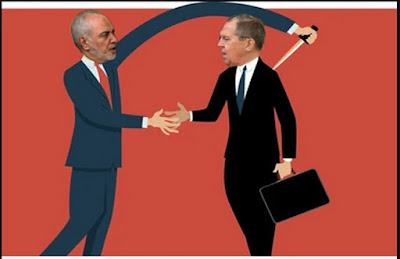 At the conclusion of their most recent meeting in Tehran on April 13, Russian Foreign Minister Sergei Lavrov (lead image, right) said of his Iranian counterpart, “we have held good talks with my friend, Foreign Minister of Iran Mohammad Javad Zarif [left], in a traditionally trustful and friendly atmosphere”.

Lavrov didn’t know that, a few days earlier, Zarif had told an Iranian interviewer in a confidential tape-recording that there was nothing trustful or even friendly about his attitude towards the Russians, especially Lavrov.

Australie: Where Electricity Goes to Die

The Australien Government has made an ad about its Electric Vehicle policy, and it’s surprisingly honest and informative. 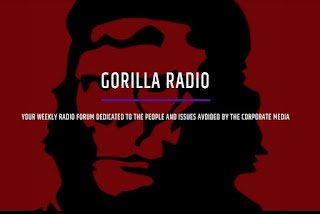 Welcome back to Gorilla Radio’s Home Edition, recorded on the dates, April 18th and 26th, 2021.

Contained within his 17th State of the Nation address President Vladimir Putin delivered the unambiguous warning that efforts by the United States and its allies to undermine the country’s security, sovereignty, or well-being of its people would not be tolerated. The speech came just a month after President Biden labeled his Russian counterpart a “killer”, and only three days after a report detailing the foiled assassination plot against the Belarus president, allegedly engineered at “the highest levels” of the Biden administration. The report follows too tit for tat diplomatic expulsions, leading to what my first guest calls the “nadir” of U.S./Russia relations.

Christopher Black is a Toronto-based criminal lawyer specializing in international war crimes cases. He’s also an executive member of the Canadian Peace Congress. Black’s articles on international law, politics, and World events appear at New Eastern Outlook among other places, where I found his latest, ‘Biden, The Killer President‘. His timely novel, ‘Beneath the Clouds’, “a story of how people, acting collectively, can defeat tyranny” is published by Badak Merah and is newly out. 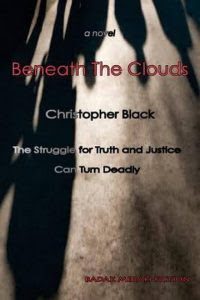 Christopher Black in the first half.

And; when long-time friend and frequent guest of the show, Dr. Pablo Ouziel suggested one of his promising, graduated political science students collaborate with Gorilla Radio as part of his entrance prerequisite for London’s prestigious Goldsmiths’ University journalism program, I was only too happy to help. Denver Willson-Rymer II is a Victoria/Vancouver-based street and fine art photographer, political blogger, short story author, and principle behind the website, Indulgent.online. Denver Willson-Rymer’s interview with Victoria activist, Caleb Asfaw in the second half.

But first, Christopher Black and Joe Biden’s promising “killer” presidency.
Chris Cook hosts Gorilla Radio, airing live every Thursday between 11-Noon Pacific Time. In Victoria at 101.9FM, and on the internet at: https://cfuv.ca. He also serves as a contributing editor to the web news site, http://www.pacificfreepress.com. Check out the GR blog at: http://gorillaradioblog.blogspot.com
Posted by Gorilla Radio Blog at Monday, April 26, 2021 No comments:

It’s Not About the Rain

It’s Not About the Rain

April 26, 2021
Carl Jung often used to relate a story of the rainmaker of Kiao-chau as illustrative of several important aspects of his psychological insights. It was originally told to him by Richard Wilhelm, the famous sinologist who translated, among other things, the I Ching. 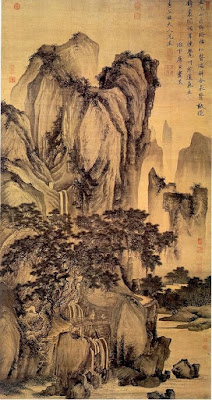 Jung used it ‘as an example of “being in Tao” [perfect balance] and its synchronistic accompaniments’.

April 25, 2021
The law enforcement arm of the United States Postal Service (USPS) has been monitoring the social media activity of the US public and sharing its findings with local, state and federal police agencies and private security firms connected to the state.

“It’s a mystery. I don’t understand why the government would go to the Postal Service for examining the internet for security issues.” - University of Chicago law professor Geoffrey Stone