Israel: Prussia on the Mediterranean?
by Roane Carey

Roane Carey, managing editor at The Nation, was the editor of The New Intifada (Verso) and, with Jonathan Shainin, The Other Israel: Voices of Refusal and Dissent(New Press).
Posted by Gorilla Radio Blog at Saturday, May 30, 2009 No comments: 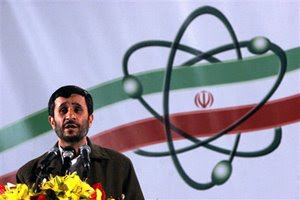 It is using hitmen, sabotage, front companies and double agents to disrupt the regime's illicit weapons project, the experts say.

The most dramatic element of the "decapitation" programme is the planned assassination of top figures involved in Iran's atomic operations.


Despite fears in Israel and the US that Iran is approaching the point of no return in its ability to build atom bomb, Israeli officials are aware of the change in mood in Washington since President Barack Obama took office.

They privately acknowledge the new US administration is unlikely to sanction an air attack on Iran's nuclear installations and Mr Obama's offer to extend a hand of peace to Tehran puts any direct military action beyond reach for now.

The aim is to slow down or interrupt Iran's research programme, without the gamble of a direct confrontation that could lead to a wider war.

A former CIA officer on Iran told The Daily Telegraph: "Disruption is designed to slow progress on the programme, done in such a way that they don't realise what's happening. You are never going to stop it.

"The goal is delay, delay, delay until you can come up with some other solution or approach. We certainly don't want the current Iranian government to have those weapons. It's a good policy, short of taking them out militarily, which probably carries unacceptable risks."

Reva Bhalla, a senior analyst with Stratfor, the US private intelligence company with strong government security connections, said the strategy was to take out key people.

"With co-operation from the United States, Israeli covert operations have focused both on eliminating key human assets involved in the nuclear programme and in sabotaging the Iranian nuclear supply chain," she said.

"As US-Israeli relations are bound to come under strain over the Obama administration's outreach to Iran, and as the political atmosphere grows in complexity, an intensification of Israeli covert activity against Iran is likely to result."

Mossad was rumoured to be behind the death of Ardeshire Hassanpour, a top nuclear scientist at Iran's Isfahan uranium plant, who died in mysterious circumstances from reported "gas poisoning" in 2007.

Other recent deaths of important figures in the procurement and enrichment process in Iran and Europe have been the result of Israeli "hits", intended to deprive Tehran of key technical skills at the head of the programme, according to Western intelligence analysts.

"Israel has shown no hesitation in assassinating weapons scientists for hostile regimes in the past," said a European intelligence official, speaking on condition of anonymity. They did it with Iraq and they will do it with Iran when they can."

Mossad's covert operations cover a range of activities. The former CIA operative revealed how Israeli and US intelligence co-operated with European companies working in Iran to obtain photographs and other confidential material about Iranian nuclear and missile sites.

"It was a real company that operated from time to time in Iran and in the nature of their legitimate business came across information on various suspect Iranian facilities," he said.

The businesses initially supply Iran with legitimate material, winning Tehran's trust, and then start to deliver faulty or defective items that "poison" the country's atomic activities.

"Without military strikes, there is still considerable scope for disrupting and damaging the Iranian programme and this has been done with some success," said Yossi Melman, a prominent Israeli journalist who covers security and intelligence issues for the Haaretz newspaper.

On one occasion, Iran itself is understood to have destroyed a nuclear facility near Tehran, bulldozing over the remains and replacing it with a football pitch, after its existence was revealed to UN inspectors. The regime feared that the discovery by inspectors of an undeclared nuclear facility would result in overwhelming pressure at the UN for tougher action against Iran.

The Iranian government has become so concerned about penetration of its programme that it has announced arrests of alleged spies in an attempt to discourage double agents. "Israel is part of a detailed and elaborate international effort to slow down the Iranian programme," said Mr Melman.

But Vince Canastraro, the former CIA counter-terrorism chief, expressed doubts about the efficacy of secret Israeli operations against Iran. "You cannot carry out foreign policy objectives via covert operations," he said. "You can't get rid of a couple of people and hope to affect Iran's nuclear capability."

Iran has consistently asserted that it is pursuing a nuclear capability for civilian energy generation purposes. But Israeli and Western intelligence agencies believe the 20-year-old programme, which was a secret until 2002, is designed to give the ruling mullahs an atom bomb.
Posted by Gorilla Radio Blog at Friday, May 29, 2009 No comments: 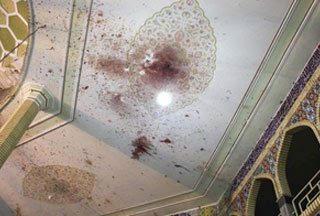 A senior Iranian official says Israel and the US have had a hand in the mosque bombing that shook the southeastern city of Zahedan to its core.

“The bomb tragedy that occurred yesterday in the city of Zahedan is awash with Israeli and US fingerprints,” said Tehran's Interim Friday Prayers Leader, Ayatollah Ahmad Khatami.

“Without a doubt, it was a scheme to drive a wedge between the Shia population and the Sunni minority in Iran,” he added.

Ayatollah Khatami said that the perpetrators of the bomb attack have been identified and will be brought to justice.

At least 25 people were killed and 125 others were injured on Thursday after bombers targeted a religious ceremony in the Shia Amir al-Momenin mosque.

The mosque was partially destroyed by the blast.

Jalal Sayah, deputy provincial governor of the Sistan-Baluchistan province that borders Pakistan and Afghanistan, said Friday that at least three people have been arrested with regards to the terrorist attacks.

"According to the information obtained they planted the bomb at the behest of the United States and its allies," Sayah said.

What's Wrong with the Olympic Ideal©? 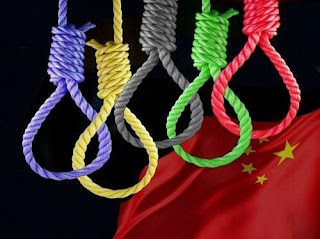 SUMMARY: to add your ideas for critical Olympics coverage and read what others have written, visit:
Posted by Gorilla Radio Blog at Sunday, May 24, 2009 No comments: