by Eva Bartlett - In Gaza and Beyond

Although Western media has a shoddy track record of lying on Syria (and Libya, Iraq…), the US State Department will pump $35 million more into future war propaganda on Syria, under the guise of promoting honest reporting.

A US State Department grant, “Support for Independent Media in Syria,” is unabashed in stating one of its main goals is “to advance U.S. Government policy objectives in Syria.” That is probably the sole honest clause in the grant description: that it is in the end about US self-serving, hegemonic objectives in Syria.

When 6 is Nine: Britain's Hardest Inmates More Ethical Than Britain

In some refreshingly good news about Julian Assange, WikiLeaks is reporting that its founder has finally been moved out of solitary confinement to a different wing in Belmarsh Prison where he can have normal social interactions with 40 other inmates. 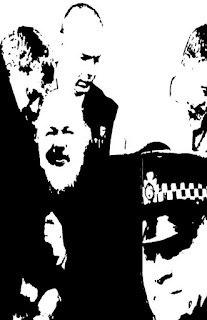 This fantastic news lifts a huge weight from the chests of those of us who’ve been protesting Assange’s cruel and unusual treatment at the hands of an international alliance of governments bent on making a draconian public example of a journalist whose publications exposed US war crimes.

The Throng Ain't Wrong, (But America is Staying in Iraq Anyway)

Hundreds of thousands of protesters filled the streets of Baghdad Friday in a mass demonstration demanding the immediate withdrawal of US troops from the country.

Waving Iraqi flags and chanting “Get out, get out occupier,” and “Death to America,” the crowds expressed the immense popular anger that has built up over decades against the murderous role played by Washington in Iraq. Some carried signs threatening armed resistance, while others wore white capes, symbolizing burial shrouds, indicating their willingness to die in such a struggle.

Consortium News (CN) reported on Tuesday that it has filed libel lawsuits against the Communications Security Establishment (CSE)—the Canadian equivalent of the US NSA—and a major Canadian television network, Global News, in response to a fabricated report last December that said CN was “part of a cyber-influence campaign directed by Russia.” 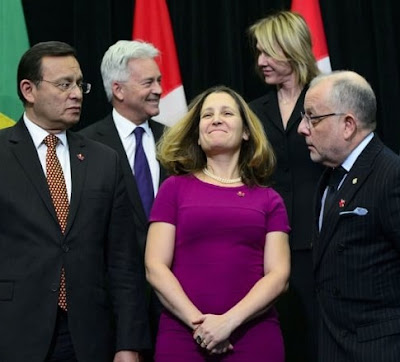 CN reports that Global News published an article on its website on December 10, 2019 titled “‘Canadian eyes only’ intelligence reports say Canadian leaders attacked in cyber campaigns” that was based on a leaked, secret CSE document. The Global News report claimed that CN was the leader of a cyber campaign aimed at smearing Canada’s then foreign minister and current deputy prime minister, Chrystia Freeland, (above centre). It stated,

“The first attack was a February 2017 report in the ‘online Consortium News’ followed ‘in quick succession’ by pro-Russian English language and Russian-language online media.”

'Biggest Loss of Clean Water Protection the Country Has Ever Seen': Trump Guts Safeguards for US Streams and Wetlands

"This all-out assault on basic safeguards will send our country back to the days when corporate polluters could dump whatever sludge or slime they wished into the streams and wetlands that often connect to the water we drink." 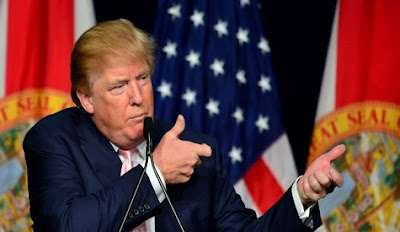 The Trump administration is set to continue its corporate friendly assault on U.S. environmental regulations Thursday by finalizing a rule that will allow companies, landowners, and property developers—including golf course owners like the president—to dump pesticides and other pollutants directly into many of the nation's streams and wetlands, potentially threatening the drinking water of millions of Americans.

Rest in Peace, Terry Jones A Tribute to one of the men who taught me how to think

I never met Terry Jones, but I would rather have liked to. The complexities of life brushed me close to his orbit a couple of times – a friend worked with him once, and I know my fellow OffG editor Catte corresponded with him briefly. But I never did.

He was a bit of a hero of mine.

Not for his comedy, or his children’s books, or his films – though I did love them all – but for all the things that came after, and the important lessons I learned from his work.

The Empire’s War On Oppositional Journalism Continues To Escalate

Journalist Glenn Greenwald has been charged by the Bolsonaro government in Brazil with the same prosecutorial angle used by the US to target WikiLeaks founder Julian Assange. 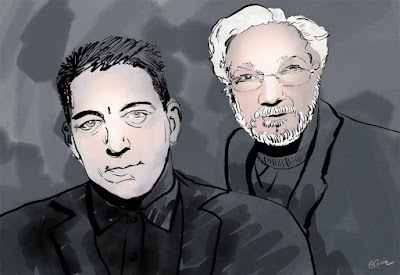 Per The New York Times:

Citing intercepted messages between Mr. Greenwald and the hackers, prosecutors say the journalist played a “clear role in facilitating the commission of a crime.”

For instance, prosecutors contend that Mr. Greenwald encouraged the hackers to delete archives that had already been shared with The Intercept Brasil, in order to cover their tracks.

Prosecutors also say that Mr. Greenwald was communicating with the hackers while they were actively monitoring private chats on Telegram, a messaging app. The complaint charged six other individuals, including four who were detained last year in connection with the cellphone hacking.


This argument is essentially indistinguishable from the argument currently being used by the Trump administration in charging Assange with 17 counts of violating the Espionage Act.

Lies and propaganda abound. We live in a mediated world, where what we believe is based on a reality few of us actually know from experience.

In the age of war and rumours of war, the emergence of "fake news" and now its technologically advanced progeny, "deep fake" audio and video transmissions, our understanding of the world we inhabit, and even the possibility we can understand, is challenged in ways the fathers of modern propaganda may not have been able to equal, but they certainly envisioned.

Society is today in exactly the place the totalitarians of old wanted us; distrustful of media and unable to discern fact from fiction; in short, left without a clue as to what in the world we can believe.

Dr. Maximilian C. Forte is a scholar, educator, author, and creator of the Zero Anthropology Project, a “Canadian anthropological approach to the study of empire and the human condition”.

Max teaches Anthropology and Sociology at Concordia University in Montréal, and publishes The New Imperialism series, which features research by students in his advanced seminar in the field. He publishes cultural reviews and articles at the project's website, ZeroAnthropology.net, where his recent article, 'From Hollywood to Hitler: Rethinking the Cultural Politics of Propaganda' appears.

Forte teaches Anthropology and Sociology at Concordia University in Montréal, and publishes The New Imperialism series, which features research by students in his advanced seminar in the field. Forte authored the books: 'Ruins of Absence, Presence of Caribs: (Post)Colonial Representations of Aboriginality in Trinidad and Tobago', and 'Slouching Towards Sirte: NATO’s War on Libya and Africa', (a finalist selection for the Quebec Writers Federation Mavis Gallant Prize for Nonfiction).

Max also served as editor for the books, 'Indigenous Resurgence in the Contemporary Caribbean: Amerindian Survival And Revival' and 'Indigenous Cosmopolitans: Transnational and Transcultural Indigeneity in the Twenty-First Century'.

Maximilian C. Forte in the first half.

And; in December, NDP leader, Jagmeet Singh was invited to speak with select members of the Centre for Israel and Jewish Affairs, ostensibly to address political "issues of interest to the Jewish community." Some of what Singh said during that meeting was released in a podcast, and apparently runs contrary to the NDP's official position on Palestine.

Dimitri Lascaris is a Canadian lawyer, human rights activist, and reporter for the Real News Network. Dimitri left the corporate world at the height of his profession to "devote himself to journalism, activism and pro bono legal work." In Canada’s 2015 federal election, he ran for the Green Party of Canada in London West, and subsequently served as Justice Critic in the party's Shadow Cabinet. He currently holds that position in the Shadow Cabinet of the Green Party of Quebec.

Dimitri Lascaris in the second half asking, "Just how deep does the NDP's support for Palestine go?"

And; Victoria-based activist and long-time Gorilla Radio contributor, Janine Bandcroft will be here at the bottom of the hour with the Left Coast Events Bulletin of some of the good things to be gotten up to in and around our town in the coming week. But first, Dr. Maximilian C. Forte and 'From Hollywood to Hitler: Rethinking the Cultural Politics of Propaganda'.


Posted by Gorilla Radio Blog at Tuesday, January 21, 2020 No comments:

In September of 2018, BBC reporter Mark Urban (lead image, left) ended his book The Skripal Files with a report of the favour MI6 had arranged, so that he could visit Sergei Skripal’s house in Salisbury, and report that a souvenir of British country life which MI6 agent Pablo Miller had presented to Skripal after his recruitment as a double agent, was still on a shelf in the living-room. For a double agent, that was a bad slip – not Skripal’s, Urban’s. 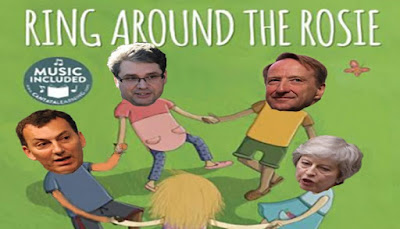 Urban’s book is the only one published to date on the attack against Sergei Skripal and his daughter Yulia on March 4, 2018.

A Tale of Two Countries: China in the First Person

China is a land of bullet trains and rising standards of living, in contrast to the decay of the imperial center, the United States.

“Pollution and income and wealth inequality remains problems
for ‘socialism with Chinese characteristics.’”

There is a broad consensus between the American ruling class and the so-called American Left about China. The consensus position is that China is a tyrannical, oppressive, and politically backward dictatorship. Fear of a globalized Yellow Peril often emerges whenever China becomes a topic of political conversation in America.

Reporting from the US, Including My Photos of the Close Guantánamo Rally Outside the White House, Jan. 11, 2020

Photos from the rally calling for the closure of Guantánamo outside the White House on January 11, 2020, the 18th anniversary of the prison’s opening. Photos by Andy Worthington, except the photo of Andy, which is by Witness Against Torture.

See my photos of the rally on Flickr here.


It’s now five days since a sad occasion that I traveled to the US from the UK to mark — and to rail against: the 18th anniversary of the opening of the prison at Guantánamo Bay, on January 11, when I took part in a rally outside the White House organized by numerous rights groups, including Amnesty International USA, the Center for Constitutional Rights and Witness Against Torture.

There are still a number of people commenting on the piece I posted about the delay to the Inquest into Dawn Sturgess’s death, and because that comment section is now vast and barely navigable, and the Wiltshire and Swindon coroner’s court has just released a document relating to the scope of the Inquest (which you can download here), it seemed to be an opportune time to start a new thread so that comments do not get completely lost. 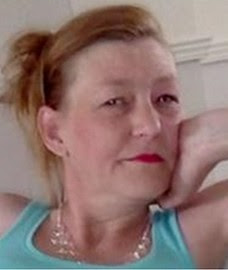 "What actual chemical substance caused the death of Dawn Sturgess?

I will just comment briefly on that coroner’s report. It is basically a response to the request of Dawn Sturgess’s family’s legal team for the coroner to consider Article 2 of the European Convention on Human Rights, which states:

“Everyone’s right to life shall be protected by law. No one shall be deprived of his life intentionally save in the execution of a sentence of a court following his conviction of a crime for which this penalty is provided by law.”