From the Garden: Expelling Ecofascists

It’s Time to Clean Ecofascism Out of Environmentalism

The coronavirus pandemic is lethal, but could there be a silver lining beyond the pain? Social media is awash with how the newly cleaned environment is hosting wildlife not seen for years. Dolphins are swimming in Venetian canals: except they aren’t, they’re really near Sardinia as usual. Swans? Yes, but they’ve always been there. The canals may be cleaner but the story’s fake. 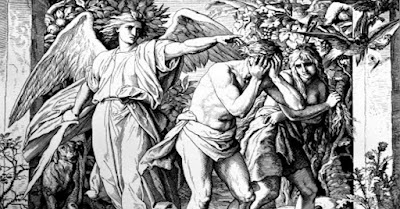 Facts matter less than our ache for an unpolluted globe. We yearn for a lost world of childhood innocence, and so project our hope onto juvenile activists. But there clearly are benefits in the reduced use of fossil fuels as flights are cancelled and car journeys shrink to levels last seen on distant Sundays when the shops were shut. Some are reporting easier breathing during an epidemic which attacks the lungs.

The Covid-19 Debate: Economies Really Are Made up of Real People

The headline of this piece is admittedly very, very dumb. It’s dumb because everyone knows that real people work in economies. As such, it’s on a par with news that paper is made from wood pulp, apples grow on trees and fire is hot.

But the reason it needs to be stated is that the past couple of weeks has convinced me that many people actually don’t seem to know this at all. Judging by comments I have seen in numerous articles, and the pushback I and many others have received from questioning the proportionality of the measures put in place to deal with the outbreak of Covid-19, there seem to be many people who think that the economy is all about money and commerce and wealth. Well, there is that, but principally it is about people. 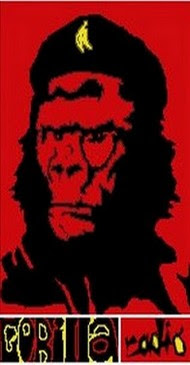 If you haven't heard Vladimir Putin invented Covid-19 yet you likely will soon if you follow the Western corporate press.

I'm being only slightly facetious; in the mainly American press Russia is in turn responsible for: The outcomes in French and Italian elections, Brexit, the Ukraine civil war and Crimea's secession, assassinating still-living journalists, and attempting to murder a former KGB double-agent, once released from Russian jail and now held incommunicado by Britain, dividing the United States along racial lines, and of course crowning Donald Trump Idiot King of America.

These are just some among other things, (another of which being alleged complicity in the downing of Malaysian Airlines flight MH17); the only problem is, these allegations against "Putin's" Russia consist of lots of media smoke with little evidentiary fire.

John Helmer’s a journalist, author, broadcaster, former political advisor to governments, and principal behind the news website, Dances with Bears. He’s also one of the most widely read Russia specialists in the business world for his news-breaking stories on Russian base and precious metals, diamonds, mining, shipping, insurance, food trade, and business policy.

Helmer’s book titles include: ‘The Deadly Simple Mechanics of Society’, ‘The Jackal’s Wedding – American Power, Arab Revolt’, (co-authored with Claudia Wright) the political memoir, ‘The Man Who Knows Too Much About Russia’, and his latest, ‘Skripal in Prison’.

John Helmer in the first half.

And; while the global pandemic has made the World standstill, its done little to slowdown America's belligerence towards its perceived enemies in Iran, Iraq, Syria, Russia, China, and Venezuela, where the latest excuse offered for regime change is Covid-19-related drugs smuggling, allegedly employed by Nicolás Maduro to undermine the United States. You couldn't dream this stuff up; except when you could.

Kay Gimbel is a retired seaman, union executive and human rights activist. He's spent years observing the effects of Canadian mining operators on the lives and lands of the people of Central America.

From his first human rights delegation with Rights Action to Guatemala, through Honduras, to take testimony from the family and compadres of murdered activist, Berta Caceres, to his latest sojourn with The Asociation de Trabajadores del Campo to witness Nicaragua's resistance to El Norte's pernicious efforts to undermine its socialist evolution, Kay is all too familiar with the dark forces threatening peasant and indigenous communities in the countries of our southern neighbours.

Kay Gimbel and keeping vigilant on issues other than corona in the second half.

And; long-time Gorilla Radio contributor, Janine Bandcroft will be here at the bottom of the hour with the Left Coast Bulletin of some of the good things still left to be gotten up to in and around our town in the coming week. But first, John Helmer and the West's trouble with Russia.

Posted by Gorilla Radio Blog at Friday, April 03, 2020 No comments:

Doomsday Race: Pandemics Scary, But Climate Change Will Finish Us All

‘Can I Keep You Safe? Your Future Is Uncertain’: Climate And The Fate Of Humanity

In the face of the coronavirus pandemic, the most immediate objective is to slow its spread, minimise the death toll and help people through the crisis. But, despite government promises to support citizens who are now losing their jobs and income, the underlying establishment concern will be as it always has been: to preserve the global inequitable system of wealth and power. 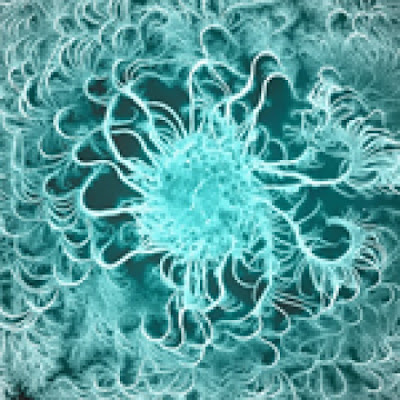 Private interests, including airlines, fossil fuel industries and sinister-sounding ‘businesses crucial to national security’, have been busy lobbying governments for taxfunder-paid bailouts. Notoriously, Richard Branson’s Virgin Atlantic even asked its employees to take eight weeks of unpaid leave, while hundreds of thousands in the UK are struggling to access benefits after becoming unemployed.

Alternatives with No Choices: All Covid Response Roads Lead to Home

“The immediate priority is to prevent the quick spread of this disease”, President Vladimir Putin (lead image, top left) declared in his state speech on the corona virus last week. 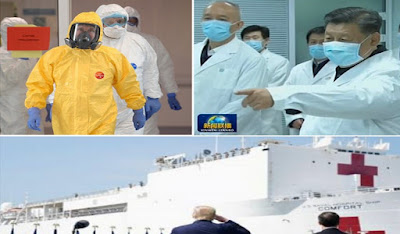 This is the point on which there is no disagreement, not now at least. But how restrictive for the economy the anti-contagion measures should be, and at what cost compared to the cost of the virus impact on life and death, is a point of considerable debate, inside Russia as everywhere else. That is the point which Putin avoided. He is not alone among the heads of state or government in the rest of the world. What is the difference then between Putin and all of them?

Those praying the US presidential campaign would finally end already may have found a receptive ear above, (or wherever these kinds of entreaties are heard). But, as the old saw warns, they might want now to have more carefully wished.

With the Democratic Party postponing 14 state primaries, (as of this writing) there are now growing calls for both parties to cancel national conventions and end campaign appearances.

It would be an unprecedented move that could well effect the way democracy is done in America for this election, and beyond 2020.


Alan Hirsch, is an Instructor in the Humanities and Chair of the Justice and Law Studies program at Williams College, and author of numerous works of legal scholarship and many books, including 'For the People: What the Constitution Really Says About Your Rights', 'Impeaching the President: Past, Present, and Future', and the just released, 'A Short History of Presidential Election Crises (and How to Prevent the Next One)'.

His articles appear at, among other places, the Washington Post, LA Times, Newsday, and Common Dreams, where I found his recent article, Is America Prepared for a Presidential Election Crisis? Hirsch asks “what if” Covid-19, or some other external forces, drive November's poll into the shadows, or worse, onto the internet?

Alan Hirsch in the first half.

And; even before the latest crisis the news cycle was moving way to fast to follow. Every day, miles of newsprint and incomprehensible amounts of - whatever online journalism is measured in – spun and roiled, confounding the senses of Jane and Joe Blough. Fake or not, it seems there's simply just too much news to choose from. But, can we citizens afford to take our eye off the direction in which our society is careening?

Taylor Scollon and Canada amidst the media maelstrom in the second half.

And; long-time Gorilla Radio contributor, Janine Bandcroft will be here at the bottom of the hour with the Left Coast Events Bulletin of some of the good things to be gotten up to in and around our town in the coming week, (yes, there are still things to be done). But first, Alan Hirsch and American election crises past, present, and prescient.

Don't Worry, Things Could Always Get Stranger (and they will)

There was a kids’ game show on Nickelodeon in the early nineties called Get the Picture where contestants would be shown an image that is obscured in some way and slowly made more clear. First one to guess the image correctly got the points.

That’s kind of how our whole situation feels right now. No one really knows exactly what’s going on just yet, and those of us who are interested in figuring it out are intensely peering at the screen trying to make out what we’re looking at.