"Yes Virginia, Philadelphia is NOT Burning"

It May Not Be Sunny in Philadelphia, But the Town’s Not Burning Either


I was awakened at 8 a.m. Wednesday by a worried call from a good friend, journalist and radical prairie activist Michael Caddell in Kansas. “Dave!” he said urgently, “Is Philly burning?”

I groggily asked him what he meant? Had the closed Sunoco tank farm and refinery in South Philadelphia suddenly exploded into an inferno again?

“It’s all over the news,” he said. “Even Democracy Now!. Fires burning, looting, and 30 police injured!”

The Murder of Justice: Assange Travesty a Horror Story for Our Times

A horror story in two parts: Part II — A Travesty of Justice: UK Caters to the US Government’s Desire to Crush Assange

The second indictment of alleged violations of the Espionage Act belatedly filed by the US against Wikileaks founder Julian Assange actually should not include him since there is no contention that he spied for any warring enemy, nor is he a U.S. citizen or resident, which the 1917 law targeted. 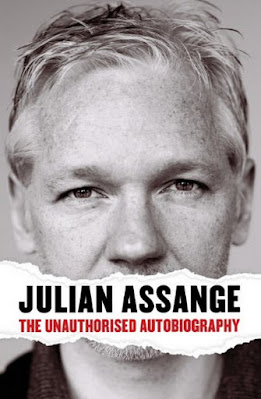 The original indictment focused on allegations that Assange had criminally aided Chelsea Manning in “hacking” into and downloading secret documents that show U.S. war crimes. That case went sour when the government prosecutors could not find any evidence. Furthermore, Manning (at that time while known as Bradley Manning) was a private in the US Army working in Iraq as an intelligence analyst and was authorized to download those documents so she had no need of assistance from Assange.

Hence the second indictment admitted Assange is a publisher, but claimed he had  put government informant lives in danger — a different crime.

Welcome back to Gorilla Radio’s Home Edition, recorded live-to-tape via Skype on this date, October 26th, 2020.

There is jubilation in Bolivia, as the people’s representatives are again in power following the removal by force of arms last year of president Evo Morales’ MAS party. The party’s new iteration, under the leadership of Luis Arces, won an even larger majority than last time, sweeping away the coup perpetrators.

Canada was among the first countries in 2019 to confer legitimacy on the coup, and following its lead Canada-registered mining company Orvana Minerals used the opportunity the extreme-right political shift presented to undo labour agreements already signed and sack its unionized workers.

Kirsten Francescone is the Latin America Program Coordinator at MiningWatch Canada. Kirsten lived and worked in Bolivia for five years prior to commencing her PhD in Anthropology and Political Economy at Carleton University.

Kirsten Francescone in the first half.

And; while the landslide election victory of Evo Morales’ MAS party was and is cause for elation throughout Bolivia and the Americas for those long-suffering under the heel of El Norte, Luis Arces’ supporters can be forgiven if their celebrations are tempered with caution, considering what happened the last time it won elections there.

Dan Kovalik is a lawyer, educator, labour, peace, and justice activist, democracy defender, journalist and author. He’s also a recipient of the David W. Mills Mentoring Fellowship from Stanford Law School, a frequent lecturer, oft sought television and radio political commentator, and his articles appear online at the Huffington Post and Counterpunch, among other places. His latest book is, ‘No More War: How the West Violates International Law by Using ‘Humanitarian’ Intervention to Advance Economic and Strategic Interests‘.

Dan Kovalik and Bolivia’s second chance in the second half.

And; CFUV Radio broadcaster and host of Plant Powered Radio, Janine Bandcroft will be here at the bottom of the hour with the Left Coast Events Bulletin of some of the good things to be gotten up to in and around our town in the coming week.

But first, Kirsten Francescone and following the foreign corporate/government power nexus in Bolivia.

Posted by Gorilla Radio Blog at Monday, October 26, 2020 No comments:

Canadian unions and civil society organizations sent a letter today to Canadian mining company Orvana Minerals, condemning the company’s actions in firing the entire workforce at its Don Mario Mine Complex in Bolivia in February of this year.

The company is the sole owner of Empresa Minera Paititi (EMIPA), which operates the gold mine in eastern Bolivia that, up until February, supported 130 unionized mine workers and their families.