The only way to effectively counter terror is to end war

September 10, 2021
As we approach the 20th anniversary of 9/11, U.S. citizens must insist on paying reparations and choose to lay aside the cruel futility of our forever wars. 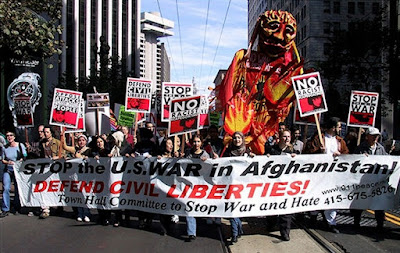 On the morning of Sept. 11, 2001, I was among a small group of U.S. citizens who sat on milk crates or stood holding signs across from the U.S. Mission to the United Nations in Manhattan. We had been fasting from solid foods for a month, calling for an end to brutal economic warfare waged against Iraq through the imposition of U.N. sanctions.

by Elders for Ancient Trees

September 9, 2021
From the Elders for Ancient Trees newsletter:
Read more »
Posted by Gorilla Radio Blog at Saturday, September 11, 2021 No comments:

@bears_with
September 2, 2021
If ever there was a man who displayed on his face the evil in his mind, it was Zbigniew Brzezinski (lead image, left),  the national security advisor for President Jimmy Carter (right) when the US plot to start the war against the Soviet Union on the Afghan front was hatched in  1979.

“Now we can lure the Russians into the Afghan trap,” he wrote Carter in a secret note of February 1979.