Talks with other publishers to introduce charging on news websites will undoubtedly attract the attention of competition authorities, warns UK expert

Questions over competition in the media industry have been raised by Rupert Murdoch's admission that News Corporation is talking to other organisations about its plans to introduce web charging.

Murdoch this week admitted that it is proving harder than expected to introduce charges for readers browsing his newspaper websites and that News Corp may miss a target of next June for the introduction of so-called "pay walls" at papers including the Sun, the Times, the New York Post and the Australian.

The initiative, which has divided the industry, is an attempt to recalibrate the business model for struggling print media businesses.

Three months ago, Murdoch announced that he intended to introduce website charges by the end of News Corporation's financial year, which runs to June 2010. Some rivals, including the New York Times, are planning similar moves.

He declined to comment on the reasons for any delay except to indicate that he was talking to rival publishers, including the Telegraph group in Britain. "It's a work in progress and there's a huge amount of work going on," Murdoch said.

But Murdoch's discussions could breach UK anti-trust regulations, according to a competition law specialist. Alan Davis of legal firm Pinsent Masons warned that if the conversations went as far as talking about pricing, then regulators would almost certainly get involved.

"Competitors should not be discussing business strategy for charging for online content and should certainly not be discussing pricing," he said. "Be under no doubt the competition authorities would be interested about why, and what, conversations are taking place. It is the nature of regulators to be suspicious."

However, Davis said that without knowing the exact nature of the conversations between News Corporation and the Telegraph, it was difficult to point to specific regulatory issues.
Posted by Gorilla Radio Blog at Saturday, November 07, 2009 No comments:

Anti-Olympic Torch marchers and their demands for indigenous rights, social justice, and free speech caused last week's epidemic of "spastic delirium" and "verbal diarrhea" in BC news offices, production studios and even the Legislature, reports say.

Toxic rhetoric began fouling newsrooms across Victoria last Saturday after No 2010 Victoria's successful rally and march that disrupted the Torch Relay and its one-day celebration that cost taxpayers an estimated half a million dollars.

"She flatlined, basically," said a source close to the paper. "Her brain completely shut down."

"You're making a big assumption, that Hatherly even has a brain in the first place," she said, before refusing further comment.

Burnaby-Lougheed MLA Harry Bloy's attack of verbal diarrhea in the BC Legislature on Wednesday drew disgusted reactions from across the region.

"Yes, we've had lots of messages, dozens," said a constituency assistant at Bloy's office. "Harry is resting now and we hope he recovers."

Jody Patterson was the first Vancouver Sun journalist to fall victim to the fast-moving plague, which causes lapses in judgment, ethical breaches, and loss of cognitive function.

Most affected were the Sun's editorial staff, who spewed bile and vitriol of a particularly vile nature in Friday's edition, shocking thousands of readers.

"It's the readers who suffer most," said a source close to the Sun.

"It's traumatic to see once-respected news sources humiliate themselves like this. They attack people in public, foam at the mouth, piss themselves, and shriek like banshees. It's just horrific."

Experts say this new "anti-anti-Olympic fever" typically only lasts one to two days. But Robinson and other CHEK staffers were gripped by the malady for four full days, raising concerns that a longer-lasting, more virulent mutation is possible.

The epidemic is expected to peak in February of 2010 and will likely leave many major news agencies reeling from a loss of credibility, reports say.

The contagion may be a result of over-reliance on authority figures and over-exposure to corporate hype. Those affected suffer a severe form of cognitive dissonance when confronted with people protesting against the corporate agenda and in favour of civil liberties and indigenous rights.

News desks and opinion pages are equally vulnerable to the subsequent eruptions of toxic language and verbal excreta, which can infect anyone who comes into contact with them.

Doctors warn that while the epidemic continues, news from media conglomerates - especially corporate Olympic sponsors -- should be taken with a grain of salt. Citizens are urged to wash their hands and dose themselves with independent media sources like B Channel, subMedia, Victoria Indymedia, and No2010.com
Posted by Gorilla Radio Blog at Saturday, November 07, 2009 No comments:

How news will change in Google's eyes

Google chief executive Eric Schmidt on where journalism is heading

When Google's CEO Eric Schmidt sat down on Thursday evening at the MIT in Boston, one topic that came up in the discussion with the audience was the future of news. As was reported by several journalists, Schmidt appeared to have a lot sympathy for newspapers and magazines and, well, interest. This might be no surprise, since delivering the news in the future seems to be an issue that Google is brainstorming about.

Their interest in news grew from a nice small idea that Krishna Bharat had about story ranking in 2001 to something which obviously keeps its CEO busy as it became a part of their future business. Indeed, Schmidt talked of "about 10 news stream ideas" they have for the future of news. What could they be?

To answer that, we need to understand fundamentally how Google addresses the issue, which is very much in a technology-driven way. As Schmidt joked at the Gartner Symposium, that in order to study the consumption of information in the future, you should find an early technology adopter, hence a teenager in your house, or borrow one, if you don't have one. So how can news be consumed in the future? The points Schmidt comes up with are convincing, although not totally new.

Always online: "...the reading will presumably be online not offline, just because of the scale of it."

Mobile: "The Kindle is a proto of what this thing could look like. People will carry these things around."

On a smallish display: "...probably on a tablet or a mobile phone"

Personalised: "It'll be highly personalised, right? So you'll know who the person is."

Semantic: "capable of deeper navigation into a subject"

Cross-financed: "It'll be advertising-supported and subscription-supported, so you'll probably have a mixture."

While we have heard of most of these ideas, there are two aspects which seemed to be new and less decrepit: integrated storytelling and differentiated news display.

"There'll be a lot of integration of media – so video, voice, what have you," said Schmidt rather briefly, but indeed, integrated storytelling might be the next step after the convergence of television, radio and newspapers. Since the way we told a news story has changed in the past, it is quite certain that it will change in the future as well.

While now we display text, video and audio next to each other there might be a future where the stories are told in a new medium that emerges out of a deep convergence of these three. Indeed, the development of integrated formats might change journalism fundamentally in terms of how to set out the line of a story, what to begin with and where to end, or how to provide additional information. The ways video games structure stories might give us a slight hint what could lay in front of us.

"...show me the differential. Since you know what you told me yesterday, just tell me what changed today. Don't repeat everything." What Schmidt is talking about here is a rather useful feature in a world of information overload. Indeed, every news site should have a button to mark articles as read or seen. Think of something like the "I like" button on Facebook, which would send an article to be stored in your personal archive.

In addition, the unsatisfied experience you make today when reading a news website could vanish by this feature. A list of looked at articles gives you a feeling that you have actually done something while now the only feeling that is left after scanning a website is that there is soo much more which you missed.

Of course, a flipped-through magazine or newspapers already gives you that satiesfied "been there, seen that" feeling today. Sometimes the future lies in the past.

(Via NiemanLab.)
Posted by Gorilla Radio Blog at Friday, November 06, 2009 No comments:

No2010 Victoria calls event "a victory for rights and justice" 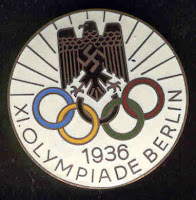 Anti-Olympic Festival and March disrupt Torch Relay send-off in Victoria:
No2010 Victoria calls event "a victory for rights and justice"

Victoria, Coast Salish Territories, November 1, 2009 - Over 400 people gathered to oppose the 2010 Olympic Torch Relay in Victoria on Friday, October 30th at an "Anti-Olympics Festival" and "Zombie March" organized by No2010 Victoria. The march succeeded in disrupting the relay, and security personnel were forced to extinguish the torch, load it in a van, and reroute it in order to reach the Legislature.

"Our events were a victory for rights and justice," said No2010 spokesperson Zoe Blunt. "We took a strong strand on respecting indigenous rights to land, defending civil rights, and ending poverty, and people across the country are thanking us for our dedication."

The day of action against Torch Relay celebrations began with a "Five Ring Circus" featuring speakers, performance art, puppets and satirical competitions such as the "Binners' Olympics," the "Tour de Misplaced Finance" and "Queer Wrestling."

"It was a lot of fun!" said Bitey the Bed Bug, one of the anti-Olympics mascots.

Later in the afternoon, a "Zombie March" replete with stilt walkers, a marching band and a giant "Ghost Salmon" puppet wove through city streets and blocked a major intersection outside an RBC bank for over 30 minutes. RBC is one of the Vancouver Winter Olympics' most important sponsors and a major investor in the tar sands, the most environmentally destructive project in Canada.

"We wanted to expose the empty rhetoric of a Green Games," said No2010 organizer Kim Croswell. "Parading a giant Ghost Salmon was our way of pointing out how wrong-headed government priorities are in the midst of global warming and the collapse of salmon runs on the West Coast."

Continuing along the relay route, hundreds of marchers braving rain and cold weather cheered loudly when it was announced that the Torch had been diverted in order avoid the procession. Marchers ended at the site of the corporate-sponsored Torch Relay Celebration, where they infiltrated the crowd chanting "No Olympics on Stolen Native Land" and "Homes Before Games."

"Disrupting the Torch sends a strong message that blowing $6 billion on a sports extravaganza is far from popular," said No2010 Victoria spokesperson Tamara Herman. "The people profiting from the Olympics are not the people most affected by cuts to sectors such as welfare, affordable housing, harm reduction, health care, education, the arts and-ironically-amateur sports."

"The day of action was a day of solidarity uniting a broach spectrum of people," added No2010 spokesperson Danielle Hagel. "It sent a strong message that the Olympic Torch Relay will face opposition right across the country."

"This action demonstrates how effective we can be when we act together, even in the face of police aggression and unwarranted surveillance", said Blunt. "The group was strong, and showed remarkable self-control and commitment to the cause. We want to congratulate everyone who joined in."
Posted by Gorilla Radio Blog at Monday, November 02, 2009 No comments: