Canada’s Conservatives, the official opposition in the federal parliament, chose Erin O’Toole to be the party’s next leader in a postal ballot of the membership, whose results were released early Monday morning. 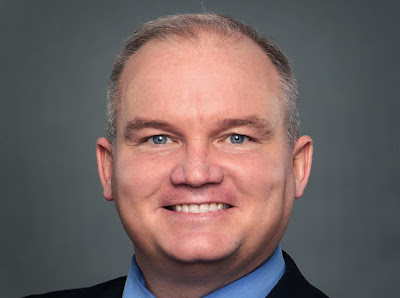 A 12-year Canadian Armed Forces’ veteran, corporate lawyer, and junior minister in the Harper Conservative government for 10 months in 2015, O’Toole won the Conservative leadership by presenting himself as the best defender of Harper’s legacy of austerity, reaction, and militarism, and by courting the party’s large social conservative faction.

Syria: What Actually Happened In Collision Between US And Russian Forces


An official from the US National Security Council acknowledged on Wednesday that a day prior there had been a vehicle collision between Russian and American forces in eastern Syria.

On Tuesday, four US service members were reported injured with concussion-like symptoms in an incident involving Russian forces. However, White House National Security Council spokesperson John Ullyot said on Wednesday that the injuries were the fault of the Russians, and that the US service members withdrew to deescalate – a far different story than that told by video footage of the event.

In the wake of George Floyd’s murder: Police violence on the rise in Germany


A growing number of police operations have occurred over recent weeks involving the use of ruthless force. Mobile phone videos taken by passersby reveal that police officers not only display extreme aggressiveness and brutality towards their targets, but also towards those seeking to document police violence.

Three months after the murder of George Floyd in the United States, which has been followed in that country by sustained police violence, similar scenes have been playing out on the streets of major German cities. German police (Credit: Max Pixel)


Only recently, the Palestinian group, Hamas, and Israel seemed close to reaching a prisoner exchange agreement, where Hamas would release several Israeli soldiers held in Gaza while Israel would set free an unspecified number of Palestinian detainees held in Israeli prisons.

Instead of the much-anticipated announcement of some kind of a deal, on August 10, Israeli bombs began falling on the besieged Strip and incendiary balloons, originating in Gaza, made their way to the Israeli side of the fence.


Welcome back to Gorilla Radio’s continuing efforts, NOT broadcast live from CFUV Radio in the basement of the Student Union Building at the University of Victoria, but emanating live-to-tape via Skype from our home-based … studios on this date, August 19th, 2020. The magnificent coastal rainforests greeting the English explorers have since then been almost eradicated. On the island named for the captain of one of those early ships it’s estimated less than 3% of the forest giants George Vancouver would have marveled at remain. But, there is no number greater than zero small enough to stay the hand of timber interests that continue to practice “clearcut” logging, and still pursue as single-mindedly as Melville’s Ahab, the biggest and best of what’s left.

Resistance is growing again in the woods though, along the San Juan river, where Teal Jones Group, the self-described “largest privately owned timber harvesting and primary lumber product manufacturing company in British Columbia” has begun carving roads towards the pristine Fairy Creek watershed. Joshua Wright is a spokesperson for the blockade.


Joshua Wright in the first half.

And; Before Covid-19 swallowed the World we worried about banal issues like the climate crisis and survival of terrestrial life on a way too rapidly changing planet. But even if the environmental problems of our creation are no joke, our elected officials seem unable to take the situation seriously; some apparently wanting to accelerate the process. Clearly, we have to try harder.

Right now, not far outside New Westminster, near Hume Park, along the Brunette River, twenty metres above the ground is a tree-sit. Activists there are barring the way of the infamous TransMountain Pipeline Expansion project by occupying the trees that stand in the way of the final leg of the TMX pipeline’s route to terminus in Burnaby.

Dr. Tim Takaro is a scientist-physician, health researcher, educator, and Associate Dean of Research at Simon Fraser University. Takaro has dedicated his career to studying the human health impacts of climate change, and the more difficult task of communicating to those in control of environmental policy the dire and imminent consequence of failure to alter our societal course. Tim was the first to occupy the trees along the Brunette, and says of the TMX, “In addition to the direct health risks of the project, I am considering the future of my children, their children and future generations around the world.”

Dr. Tim Takaro on environmental intersectionality and obstructing passage of the TransMountain pipeline in the second half.

And; CFUV Radio broadcaster and host of Plant Powered Radio, Janine Bandcroft will be here at the bottom of the hour with the Left Coast Events Bulletin of some of the good things you can get up to in and around our town in the coming week. But first, Joshua Wright and getting in the path of Teal Jones to save the Fairy Creek watershed.

Posted by Gorilla Radio Blog at Tuesday, August 25, 2020 No comments:

The Boys Are Back (shooters): Kenosha Burns Following Another Brutal Police Attack


Protests erupted in Kenosha, Wisconsin Sunday night after a still unidentified Kenosha police officer shot an unarmed African-American father of three, 29-year-old Jacob Blake, in the back seven times at point-blank range. Blake was attempting to enter his vehicle where his children, aged three, five and eight, were seated in the back.

The video, which has been viewed millions of times across multiple social media platforms in less than 24 hours, uncorked a geyser of social anger in Kenosha and across the country as protesters took to the streets in opposition to unending police brutality.

People of the Caves: Closing the Earth Around Palestine

‘People of the Cave’: Palestinians Take their Fight for Justice to the Mountains


Palestinians are not going anywhere. This is the gist of seven decades of Palestinian struggle against Zionist colonialism. The proof? The story of Ahmed Amarneh. 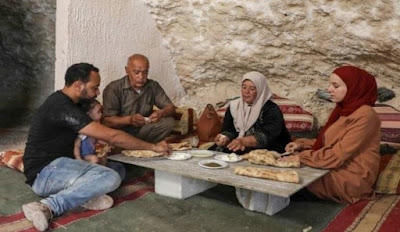 Amarneh, a 30-year-old civil engineer from the northern West Bank village of Farasin, lives with his family in a cave. For many years, the Amarneh family has attempted to build a proper home, but their request has been denied by the Israeli military every time.

The Frankenstein Hypothesis: Just Where Did Covid Come From?

The Case Is Building That COVID-19 Had a Lab Origin


If the public has learned a lesson from the COVID-19 pandemic it is that science does not generate certainty. Do homemade face masks work? What is the death rate of COVID-19? How accurate are the tests? How many people have no symptoms? And so on. Practically the lone undisputed assertion made so far is that all the nearest known genetic relatives of its cause, the Sars-CoV-2 virus, are found in horseshoe bats (Zhou et al., 2020). Therefore, the likely viral reservoir was a bat. 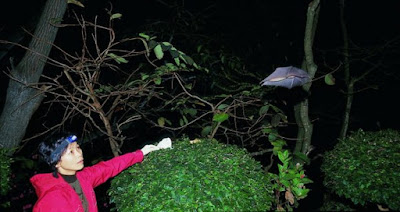 However, most of these ancestor-like bat coronaviruses cannot infect humans (Ge et al., 2013). In consequence, from its beginning, a key question hanging over the pandemic has been: How did a bat RNA virus evolve into a human pathogen that is both virulent and deadly?