"Don't quote ME on that!" Shoddy Journalism Begs War on the Brink of Doomsday


Based upon a bombshell New York Times report (6/26/20), virtually the entire media landscape has been engulfed in the allegations that Russia is paying Taliban fighters bounties to kill US soldiers.

The Washington Post (6/27/20) and the Wall Street Journal (6/27/20) soon published similar stories, based on the same intelligence officials who refused to give their names, and did not appear to share any data or documents with the news organizations.

The Beat Goes On: Police Violence Against Anti-Violence Protest Continues Unabated (if unrecorded)


Protests against racism and police brutality are being violently attacked across the country, even as they receive less media attention.

Reshaping the Greater Middle East: How Washington intends to triumph


During the quarter of Western lockdown, the map of the Middle East was profoundly transformed. Yemen has been divided into two separate countries, Israel is paralysed by two Prime Ministers who hate each other, Iran openly supports NATO in Iraq and Libya, Turkey occupies northern Syria, Saudi Arabia is close to bankruptcy. All alliances are being called into question and new dividing lines are appearing or rather reappearing. 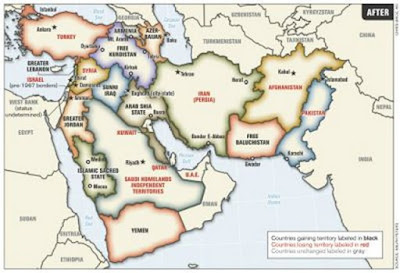 For two decades Washington has been trying to "reshape" the "Greater Middle East", an arbitrarily defined region stretching from Afghanistan to Morocco. However, over the last three years two strategies have clashed: on the one hand the Pentagon, which wants to destroy the state structures of all the countries in the region, whether friends or enemies, and on the other President Trump, who intends to dominate the region commercially without military occupation.


Sharp differences have emerged within Canada’s ruling elite over Ottawa’s policy towards China. The rift is directly tied to Washington’s escalating diplomatic, economic and military-strategic offensive against Beijing, which has already roiled Canada’s relations with China, and to intense US pressure for Canada to adopt an even more hardline anti-China stance.

The latest salvo in this increasingly fractious dispute came in the form of Wednesday’s lead article in the Globe and Mail. Titled “Canada-China relations need ‘urgent rethink,’ Mulroney says,” the article promoted the call of the former Progressive Conservative Prime Minister for the establishment of a “blue-ribbon” committee to fundamentally redefine Canada’s China policy.


At times, states compete to showcase merchandise and relative productive capacities. Other times, many of these states sell misery to gain access to economic packages, charities and loans. Today is the time when they compete to show off their capacity to impose the most efficient lockdown on their citizenry. 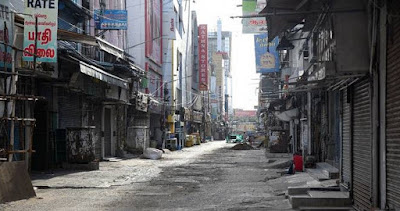 Of course, the priority is to make this imposition consensual, because that would showcase the self-discipline of the national workforce. But if that doesn’t work, then the dosages of coercion are streamlined to measure the states’ disciplining capacity. The Narendra Modi government’s chest-thumping claim to run the “world’s biggest lockdown” was to showcase the realization of the neoliberal ideal of a “strong state” in India — the carrots-and-sticks hidden behind the quinine-and-quarantine lockdown.

Masks and Other Media Deceptions


Early on Wednesday morning, heavily militarized police officers swept the Capitol Hill Occupied Protest (CHOP), a tent encampment in downtown Seattle that began as the Capitol Hill Autonomous Zone (CHAZ) over three weeks ago on June 8, in the wake of the police murder of George Floyd. The principal demand of the demonstrators had been the defunding of the police.


Welcome to Gorilla Radio’s continuing efforts, NOT broadcast live from CFUV Radio in the basement of the Student Union Building at the University of Victoria, but emanating live-to-tape via Skype from our home-based studios on this date, June 17th, 2020.

In 2001 a great tragedy befell Afghanistan; but, as bad as hosting the inauguration of America’s Global War on Terror was for Afghans, it was merely the continuation of decades of suffering conflicts of other people’s making.

Nearly twenty years after Operation Enduring Freedom’s first B-52 bombing sortie the fighting rages still; and though its name has since changed, the price those mired within The Long War pay endures. Yet, Afghanistan is more than a proxy battlefield for superpowers; made of more than just its most recent history.

Ariel Nasr is a celebrated documentary filmmaker, earning more than a dozen awards and nominations, (including an Oscar nod and Canadian Screen Award prize) for his film work; work encompassing writing, directing, and producing across platforms and crossing continents.


Nasr’s credits include, ‘The Boxing Girls of Kabul’, Good Morning Kandahar, the interactive, ‘Kabul Portraits’ project, and his latest, the feature-length documentary release, ‘The Forbidden Reel,’ a "story of Afghanistan’s fearless and visionary moviemakers…"

Ariel Nasr in the first half.

And; as the tidal wave that has been the Covid-19 lockdown ebbs, around the World the financial and social damage wrought in its wake is beginning to be revealed. While Wall Street rockets, the biggest and strongest buffeted best by government bailouts, workers are finding promises made at the height of crisis are now quietly being broken. And like the pandemic itself, the pattern of feeding piles of public funds to corporations while pleading poor mouth to the starving knows no borders.

Will Tell is an expat living in rural southern India who says, as well as reneging on promises of financial aid to small business, the Indian government has, "NOT delivered on its promise to subsidise the ‘day labourers’. This includes taxi drivers, rickshaw drivers […and] self-employed skilled tradesmen […] either in the form of money […] or in delivery of staples [like] rice, dahl, cooking oil, [and] sugar."

Will Tell and India racing to aid the powerful, whilst the rest are left to the Covid tsunami’s rip tide in the second half.


And; long-time Gorilla Radio contributor and Green Vegan Grandma Youtuber, Janine Bandcroft will be here at the bottom of the hour with this week’s Left Coast Events Bulletin of some of the good things to be gotten up to in and around our town in the coming week. But first, Ariel Nasr and preserving a nation’s culture, frame by frame.


Posted by Gorilla Radio Blog at Wednesday, July 01, 2020 No comments:

This Russia-Afghanistan Story is Western Propaganda at Its Most Vile


All western mass media outlets are now shrieking about the story The New York Times first reported, citing zero evidence and naming zero sources, claiming intelligence says Russia paid out bounties to Taliban-linked fighters in Afghanistan for attacking the occupying forces of the US and its allies in Afghanistan. 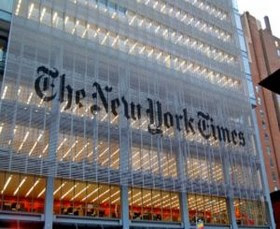 As of this writing, and probably forevermore, there have still been zero intelligence sources named and zero evidence provided for this claim.


It was always going to come to this … mobs of hysterical, hate-drunk brownshirts hunting down people not wearing masks and trying to get them fired from their jobs, “no mask, no service” signs outside stores, security staff stopping the mask-less from entering, paranoid pod people pointing and shrieking at the sight of mask-less shoppers in their midst, goon squads viciously attacking and arresting them …

Welcome to the Brave New Normal.

Agenda for the Global South: Ten Steps to a Viable Economic Future


In 1974, the United Nations General Assembly passed a New International Economic Order (NIEO), which was driven by the Non-Aligned Movement (NAM). The resolution laid out a clear plan for the structural transformation of the world system, which was in the throes of a crisis at the time. But, the NIEO was set aside and the world order was shaped in a neoliberal direction; this neoliberal orientation furthered the crisis and brought us to this current cul-de-sac of human possibilities.

Our team at Tricontinental: Institute for Social Research developed a ten-point agenda for a post-COVID-19 world. Last week, I presented this agenda at the High-Level Conference on the Post-Pandemic Economy, organized by the Bolivarian Alliance for the Peoples of Our America (ALBA).


Prime Minister Benjamin Netanyahu is preparing to announce later this week his intention to annex the most important parts of the Palestinian West Bank, which Israel has illegally occupied since the 1967 war with its Arab neighbours.

The cabinet is to meet to approve the move, set for July 1, after it gets the green light from US President Donald Trump.


Dutch state prosecutors told the court in the trial of the shooting-down of Malaysia Airlines MH17 that Major-General of the Russian Army Igor Konashenkov should not be allowed as a witness for the defence. To justify this in a hearing last Friday, the prosecutors revealed an illegal trick exposing the evidence in the case as a fit-up by the Ukrainian government’s military and security agencies. 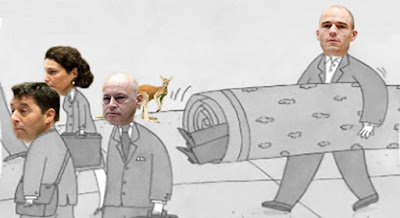 Dismissing almost all the defence applications to the court for new evidence and witnesses, prosecutor Ferdinandusse* (lead image, right) said: “We do not see any reasonable grounds for accusing the prosecution of not being objective” (June 26 hearing, Min 9:17).