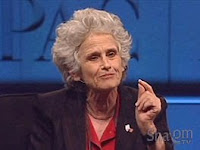 Let Us Talk About Jewishness
by Gilad Atzmon

One of the main differences between my work and and the writings of other humanists within the peace movement is that I am willing to move beyond the political discussion -- I dig into the ideological and philosophical roots of the Jewish state, Jewish politics and Jewish identity politics. I look into the meaning of 'Jewishness.'

In my work I clearly identify a continuum between Israel and 'Jewish ideology' ('Jewishness'). And since Israel defines itself as the Jewish State, then suhttp://www.blogger.com/img/blank.gifrely --we must be brave enough to question what Jewishness stands for.

And clearly, Israelis are proud about their Jewishness -- They are far from being shy about it all.


If you fail to understand what motivates the Israeli pilots to drop bombs on civilians from aeroplanes decorated with Jewish symbols, law professor Gavison provides the answer;

â€œIsrael will do whatever it takes to remain a Jewish state for as long as it takes.â€

If you ask yourself, how is it that 94% of Israeli Jews supported the IDF genocidal measures at the time of Operation Cast Lead, then Gavison may have some insights to offer.

â€œThe Jewishness of Israel is the meaning of which the state of Israel is enabling Jews for the first time in many years, to take control of all aspects of their livesâ€

They certainly do: Israeli brutality is beyond comparison.

Gavison concludes, â€œIsrael is the place where Jewish and Hebrew culture is the majority culture; this is the meaning of the Jewishness of Israelâ€

We have to agree with the Law Professor -- Hebrew culture is, indeed, a majority culture in Israel -- because the indigenous people of the land are locked behind walls in open air prisons.

If Israel is the meaning of Jewishness, and vice versa, Jews do have a serious ethical problem to deal with. ï»¿
Gilad Atzmon
www.gilad.co.uk
www.myspace.com/giladatzmon
www.jazzaproductions.squarespace.com
Posted by Gorilla Radio Blog at Sunday, May 08, 2011 No comments:

Artie Fischel and the Promised Band 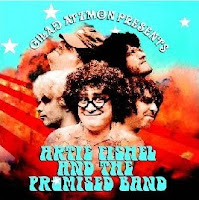 What Are They Afraid of?
by Gilad Atzmon
UK Zionist network, together with half a dozen Sayanim* within the Jewish Palestinian solidarity network, seem to be strongly united this week.

Acting as a joint effort, they are trying to stifle freedom of speech: they seem to be horrified by the idea that a panel of intellectuals, journalists and an artist plan to explore the intriguing bond between Israel, Zionism and ‘Jewishness’, and thus far they have harassed panelists, threatened an academic institute and have spread lies, smears and defamation.

And yet in doing so they have unwittingly provided us with a tremendous glimpse into a contemporary Jewish secular tribal operation.

And what is at the root of their hysteria? For some peculiar reason, both Zionists and UK Jewish so-called ‘anti Zionists’, insist that discussing ‘Jewishness’ is a taboo which should never be explored, certainly not in public, and definitely never outside of the ghetto.

But isn’t it all just more than a little suspicious? After all, please consider that the Jewish ‘anti Zionists’ operate politically under a Jewish banner; they also clearly carry their Jewish identity with pride; and, like the ‘Jews only state’, they also run a ‘Jews only club’ -- yet they want to try to stop us from questioning what this club actually stands for. They want to take it further and even try to stop us from discussing and grasping what the Jewishness of Israel is all about.

Why are they so concerned about others questioning their ideology, an identity which they themselves are clearly and openly so proud of?

Is it that we are not allowed to question ideologies and political precepts? Should we, then, also have stopped Max Weber from looking into the role of Protestantism in the context of the rise of capitalism? And if Israel proudly defines itself as the Jewish State, then are we not entitled to also wonder what its Jewishness actually means?

And shouldn’t we also be entitled to refer the exact same questions to the UK Jewish ‘anti Zionists’?

It seems clear to me that we do have that right to know.

A few years ago I invented a spoof character. His name was Artie Fishel. Artie was a satirical, fictional Jewish American musician, a rabid Zionist, convinced that jazz was Jewish. He believed that jazz music also had nothing to do with America or Africa. He wanted it back, and thus founded ‘Artie Fishel & The Promised Band’.

Artie Fishel was obviously a parody of the Zionist enterprise: if we can take Palestine from the Arabs, then surely we can take jazz from the Americans.

The Jewish ‘anti Zionists’ here in the UK were the first to oppose the project. The first night on the road, we played in Nottingham. As the gig finished, a 'Jewish progressive' promoter (who was and still is a friend of mine) approached us. She stood there with tears in her eyes : “Everything you say is so true; but why do you have to share it with the Goyim,” she said, in a broken voice.

She wasn’t amused by the satirical Artie.

We realised that we must have touched a sensitive nerve.

Jewish humour is based on self mockery; yet it is very clear to Jews where the boundaries of mockery are. Jewish comedians know where to stop. To a certain extent Jewish humour is a very sophisticated form of ‘discourse management.' It is there to define the template of self-reflection. In some regards, it openly admits to a certain level of Jewish cultural essentialism; but it insists that such a phenomena is nothing but charming.

Sadly enough though, I myself do not really find the Jewish State a ‘charming concept’: I cannot see what is so charming about a society that collectively supports carpet bombardment of civilians**.

I also fail to see what is so charming about relentless Jewish lobbying. And when I look at the reality of Jewish political dissidence here in the UK; and when I read about Jewish campaigners harassing a fellow Palestinian academic or solidarity activists ( in the ‘name of Palestine’ no less ) it really begins to make me feel sick.

I often ask myself : what is it that they are so afraid of ? Why are they so desperate to stop us from looking into the meaning of their flag?

I can think of two possible answers:

1. It could be that they may not even know themselves what their ‘Jewishness’ stands for -- but they are certainly clever enough to grasp that they had better not find out: they clearly realise that the concept may turn out to be a 'Pandora box'. Such an answer is consistent with Judaic teaching, for in Judaism, observance is primary; comprehension is secondary. In other words, Judaism demands blind acceptance.

2. It could also be that they know very well what ‘Jewishness’ means, yet they know how sinister it may look for the outsider. Hence they use different tactics, just to stop the rest of us from looking into it. If that is the case, such an answer might mean that their apparent attempt to stifle a debate may be inherent to their conception of ‘Jewishness’.

And most of all I know because I myself left the ghetto many years ago and I see them trying to do the same.

A panel discussion examining Israeli Criminality in the wake of the Goldstone Retract.

Alan Hart, Gilad Atzmon and others


* Sayanim- Diaspora Jews subservient to Israeli interests. Ex-Mossad agent Victor Ostrovsky describes how Sayanim function in “By Way Of Deception”. ‘They are usually reached through relatives in Israel… They perform many different roles. A car Sayan, for example, running a rental car agency, could help the Mossad rent a car without having to complete the usual documentation. An apartment Sayan would find accommodation without raising suspicions, a bank Sayan could fund someone in the middle of the night if needs be, a doctor Sayan would treat a bullet wound without reporting it to the police.’


** At the time of Operation Cast Lead (2008-9), Israeli polls showed that 94 per cent of Israel's Jewish population backed the war and IDF tactics.
Posted by Gorilla Radio Blog at Sunday, May 08, 2011 No comments: