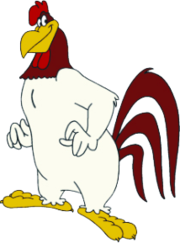 The black birds come a-perch on the eaves, turning an ear to my Tom Waits tape. Peering, ever cautious, my feathered relatives cock a head and look, in what I swear is an askance attitude, seemingly questioning Ape's sanity.

Likewise, perched on the 49th parallel, I peer at you, your northern cousin America, and wonder at your state of mind.

Tom sings: "We've just got to keep the Devil down in the hole."

Look: I know your skin thin, and don't get me wrong, I'm not being critical unnecessarily, but I think there's something you're missing here. I've been more or less quiet; the Cuba, Vietnam, Laos, Cambodia, Chile, Salvador, Timor, Nicaragua, Grenada, Panama, Haiti, Iraq, Yugoslavia, etc. thing has been a bit much, but now as you lap yourself with Iraq II, I feel something has to be said.

Chris Cook is a contributing editor to PEJ.org. He also hosts Gorilla Radio, broad/webcast from CFUV Radio, at the University of Victoria, Canada. Check out the GR Blog here.

Posted by Gorilla Radio Blog at Saturday, November 19, 2005 No comments:

PEJ News - C. L. Cook - A Hooded man, standing on a box, arms splayed crucifix-style, wires dangling from his extremities... Here we are. Nearly five years into it; five astonishing years, a cascade of unprecedented malfeasance and moral turpitude. Five years that's left America's facade cracked. The 'Bastion of Democracy,' survivor of revolution, depressions, World and Cold Wars, now stands guilty before the world a pariah; a committer of crimes so stark they dare'nt be mentioned for fear of the global repercussions. But, their's no escape for one of the history-denying authors of the current disaster threatening humanity, History's grim ghosts gather round him like a shroud.

Reagan's Evil Empire had fallen. Many uttered platitudes to the "peace dividend." George Bush I talked of a new world order of compassion and cooperation, while the then-unknown men inhabiting the periphery espoused the belief that "history is dead," a eupemistic allusion to America's singular Ascension and its proper place at the head of the global table. There in George the First's court, the nascent Dick Cheney plied and plotted his way to the apex of power.

At least, that's the platter he's being presented to the public upon; served up, as a last supper in hopes to assuage a suddenly slavering press, hungry for corruption and eyeing a Pennsylvania Avenue main course, a meal almost certain. Do a Google on "Cheney" tonight and you'll see the first steps of Dick Cheney's political Danse Macabre.

Of course, in Mr. Cheney's case, the evidence of an unrestrained campaign of murder, torture, and ignominious disregard for humanity is unprecedented, if not for its blatant barbarity, for its sheer scale. The current Outrage de Jour over Whiskey Pete, aka Willy Pete, and properly, White Phosperous (WP) is at this hour being debated and defined and considered in legal frameworks on T.V. A little lost is the fact, admitted by the military itself, the use of this grotesque chemical weapon against towns in Iraq, is a crime recognized as such and clearly defined in international jurisprudence.

Hundreds of thousands dead. Cultural devastation and environmental destruction whose effects will be felt forever, and the employment of weapons no tyrant in the world's history possessed: These are the sins of the great fiasco writ opaquely; the details within this vague campaign contain litanies of casual moral digressions, any single case examination of which would surely sicken most good tax-paying Americans.

Cheney's overdue debut on the sarificial altar will provide weeks of diversion; time George II must be finding running short, as scandal and litigation multiply, engulfing many of his closest associates. If Bush can no longer assure his collaborators the presidency will survive long enough to dish out pardons, he knows canaries will sing and he'll sink. Another Nixon.

History seems now, like a spurned partner turning all its irony on they who would deny it. Cheney will be first to fall, but he's no Agnew. Something about Dick's weak heart and subterranean proclivities, brings more to mind erstwhile CIA head during, William Casey the corpse of convenience when Iran-Contra closed in on another Bush presidency.

Chris Cook is a contributing editor to PEJ News. He also host Gorilla Radio, a weekly public affairs program, broad/webcast from the University of Victoria, Canada. You can check out the GR Blog here.

Stay informed. Subscribe and get the best of PEJ News by email. Free.
Posted by Gorilla Radio Blog at Friday, November 18, 2005 No comments:

And, Janine Bandcroft bringing us up to speed on goings on in and around Victoria this week.

Loretta Napoleoni is an Italian economist and writer specializing in terrorist financing. She’s the author of several books, including ‘Terror Incorporated: Tracing the Dollars Behind the Terror Networks,’ and the recently released, ‘Insurgent Iraq: Al Zarqawi and the New Generation.’

Loretta Napoleoni in the first half.

And; over-shadowed by the Iraq occupation, the situation in Occupied Palestine continues to fester. Despite Israel’s much touted withdrawal of settlements from the Gaza Strip, life is not getting any easier for Palestinians, who are yet prisoners in their own land with little hope on the horizon for the long-awaited establishment of a sovereign state.

Jon Elmer is a Canadian journalist and founder of the news website, ‘From Occupied Palestine.org’

Jon Elmer from Palestine in the second half.

And; Janine Bandcroft will be here at the bottom of the hour to bring us up to speed on all that’s good to do in and around Victoria this week.

Stay informed. Subscribe and get the best of PEJ News by email. Free.
Posted by Gorilla Radio Blog at Sunday, November 13, 2005 No comments: