Media Lens and the Mysterious of the Wikipedia Editor 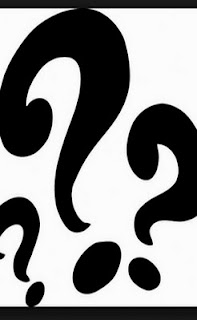 In June, the BBC reported that someone operating under the name 'Philip Cross' had been extraordinarily active in editing Wikipedia, the free encyclopedia that anyone can edit:

'"Philip Cross" has made hundreds of thousands of edits to Wikipedia pages. But in the process he's angered anti-war activists and critics of British and Western foreign policy, who claim he's been biased against them.'

"Philip Cross" has not had one single day off from editing Wikipedia in almost five years. "He" has edited every single day from 29 August 2013 to 14 May 2018. Including five Christmas Days. That's 1,721 consecutive days of editing.

'133,612 edits to Wikipedia have been made in the name of "Philip Cross" over 14 years. That's over 30 edits per day, seven days a week. And I do not use that figuratively: Wikipedia edits are timed, and if you plot them, the timecard for "Philip Cross's" Wikipedia activity is astonishing if it is one individual.'


So who is Philip Cross? The BBC commented:

'BBC Trending has been able to establish that he lives in England, and that Philip Cross is not the name he normally goes by outside of Wikipedia.'


The excellent Five Filters website looked deeply into these issues and noted of the person writing as Cross:

'After George Galloway, Media Lens is his second most edited article on the site. Cross is responsible for almost 80% of all content on the Media Lens entry.'


This is deeply flattering for a two-man organisation run on donations facing some pretty heavyweight competition:


The Canary has itself fallen under Cross's cross hairs. The website's Wikipedia page was created on 2 June 2016 at 11:41pm. Cross made his first edit at 8:55am the next morning.

Is Cross offering a neutral, impartial view of our work? In May 2018, he tweeted:

'@medialens is two blokes called David who the mainstream usually ignore with good reason, but are of interest because they are so catastrophically wrongheaded.' (Tweet, May 7, 2018; since deleted)


In the Sunday Herald, Ron McKay noted that Cross's targets tend to have two characteristics in common:

'You don't have to be a conspiracy theorist to see that there are common threads here. All of those [targeted] are... prominent campaigners on social media and in the mainstream media vigorously questioning our foreign policy. All have also clashed with Oliver Kamm, a former hedge-fund manager and now Times leader writer and columnist. All have been edited on Wikipedia by Andrew Philip Cross whom the complainants believe, without conclusive evidence, to be Kamm after dark. He denies it.'


Cross did not appreciate this and other interventions from Professor Hayward. Two weeks earlier, Cross had sent him this disturbing comment:

'You may be having an uncomfortable conversation with one of your Associate Deans/Deans in the near future & his wife. Pity you blocked me before you had a close look at my followers.' (Tweet, May 12, 2018; since deleted)


As part of its investigation, the BBC interviewed a highly experienced Wikipedia administrator known as Orange Mike, who specialises in dealing with conflicts of interest, asking him:

'One of the people whose pages he [Cross] has been editing, and has edited over 1800 times, is George Galloway, and he says he knows that Philip Cross is being paid to do this. Do you think that's likely?'

'I would not even be remotely surprised. The people who hate Galloway the most are often powerful and often rich. And the idea that they could find someone to use as their tool would not surprise me in the least. But I have no evidence to prove it and therefore would reserve judgement.'


That is also our position. A tweeter, Malone (now called Read JFK), commented to us on the coincidence that Cross has often edited our Wikipedia page on the same day that Kamm has mentioned us on Twitter:

'kamm's tweets crossreferenced with cross's medialens wiki edits. 82 edits on the exact same days kamm tweeted about you! at least 243 including surrounding days (243 is a severe underestimate).'


We are not alone. Tweeter RLM noted the people Kamm has tweeted about on the same day Cross has edited their page:

'The very next day, 8 February, my Wikipedia page came under obsessive attack from somebody called Philip Cross who made an astonishing 107 changes over the course of the next three days. Many were very minor, but the overall effect was undoubtedly derogatory. He even removed my photo on the extraordinary grounds that it was "not typical" of me.'


The thoroughness of Cross's campaign against us has been impressive. In 2005, then BBC Newsnight editor Peter Barron wrote of how Media Lens had 'prolifically let us know what they think of our coverage, mainly on Iraq, George Bush and the Middle East, from a Chomskyist perspective'. He added graciously:

'In fact I rather like them. David Cromwell and David Edwards, who run the site, are unfailingly polite, their points are well-argued and sometimes they're plain right.'


These were remarkable and important comments. A senior editor who had himself come under intense criticism from us and hundreds of our readers was nevertheless able to recognise that our points were reasonable and well-intentioned, that we were not nasty people pursuing some dark agenda. Quite reasonably, someone added Barron's comments to our Wikipedia page. The addition was noticed by Cross, who replaced the quotation with this:

'Peter Barron, the former editor of the BBC's ''Newsnight'' commented in November 2005 that although Cromwell and Edwards "are unfailingly polite", he had received "hundreds of e-mails from sometimes less-than-polite hommes engages - they're almost always men - most of whom don't appear to have watched the programme" as a result of complaints instigated by Media Lens.'


Notice that in editing the Newsnight editor's quote, Cross had to carefully read through Barron's original article to find less positive comments to patch in. This was meticulous work to remove a positive opinion about us, not a rush job.

The Five Filters website tweeted on a similar intervention:


Tweeter Leftworks commented on edits made to the Wikipedia page for the Iraq Body Count (IBC) website:

'Guess who's been looking after the IBC page on Wikipedia and removing all references to @MediaLens? The one and only Philip Cross!'


As some of our readers will know, we did a lot of work explaining how media favourite, Iraq Body Count, was recording perhaps ten per cent of the Iraqi death toll. Philip Cross has seen to it that our work on this issue has been completely erased from Wikipedia history.


Apart from Cross, in the 17 years we have been working on Media Lens, only one other person has subjected us to a relentlessly negative campaign that is in any way comparable. Almost ten years ago, we documented how Oliver Kamm had been pursuing us relentlessly across the internet – writing blogs about us, posting grisly comments about our genocide 'denial' under online interviews with us, and often warning journalists who mentioned our work – or who, god forbid, praised our work - or who interacted with us in any way, that we were blood-drenched 'genocide deniers' and/or seedy 'misogynists'.

In 2013, Mehdi Hasan, formerly senior political editor at the New Statesman, now a columnist with The Intercept, commented to Kamm on Twitter:

'I cant help but be amused at the way you swoop down in at any mention of MediaLens. Got 'em on an alert?'


Despite continuing to seek out and attack us online, Kamm has shown admirable restraint in not extending his campaign to Wikipedia. We are not aware that he has added a single edit to either of our individual pages, nor to our Media Lens page. It seems that, for Kamm, when it comes to Wikipedia, it is always the Christmas truce.

Daniel Finkelstein, Baron Finkelstein of Pinner, Kamm's colleague and friend at The Times, sent a flurry of tweets strongly rejecting the idea that anyone was using Cross to target political enemies:

'But literally so far there is absolutely no evidence. My ears are wide open. My fingers aren't in my ears. I am ready, waiting, willing to see or hear this evidence. But there isn't any. Just a bloke called Philip Cross making some edits.'

'I appreciate your interest but really I just haven't got time for studying some blokes Wikipedia edits.'


Jimmy Wales, co-founder of Wikipedia, initially dismissed complaints that Cross might be acting as a sockpuppet for politically biased individuals or organisations:

'Because as far as I can tell so far, those complaints are so wrong as to be risible. Look into it further. Or show me some diffs [differences between successive versions of a page]'

'The whole claim appears so far to be completely ludicrous.'


However, public pressure was so great that Wikipedia presumably felt compelled to investigate Cross's activities. In July, the Wikipedia Arbitration Committee delivered a majority on two proposals:

'Philip Cross... is warned to avoid editing topics with which he has a conflict of interest. Further, he is warned that his off-wiki behavior may lead to further sanctions to the extent it adversely impacts the English Wikipedia.'

'Philip Cross... is indefinitely topic banned from edits relating to post-1978 British politics, broadly construed. This restriction may be first appealed after six months have elapsed, and every six months thereafter. This sanction supersedes the community sanction applied in May 2018.'


Leftworks was kind enough to translate this into English for us:

'In short, it means that Philip Cross will no longer be able to edit the Wikipedia biographies of numerous people in the public eye, who have complained that he has edited their biographies in an unfair and misleading manner.'


We are very grateful to leftworks, fivefilters.org, RLM, Malone/Read JFK and many others for their work in drawing attention to Cross's campaign against us.