A Soldier's Dilemma: Serve and Torture or Desert and Face Torture 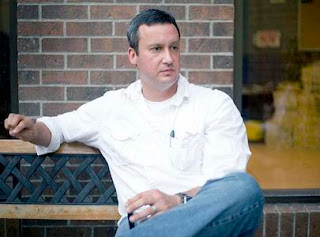 
ASHLEY HUTCHESON/TORONTO STAR
Peter Jemley fled the U.S. military after concluding his training was leading him to a possible torture role. Sept. 3, 2008 Arabic-speaking soldier may prompt Canada to wade into legal debate

Peter Jemley is unique among the growing ranks of war resisters who have sought refuge in Canada.

For one thing, he's old by military standards. The only reason the army considered the 38-year-old recruit three years ago was because the age cap had been raised to fill the U.S. military's growing void.

The Tacoma, Wash., father of two young children also bucks the soldier stereotype. Jemley is a college history major, both quiet and fervently independent. If describing a bad situation he's likely to say it "sucked," then apologize for his profanity.

Now Jemley's reasons for deserting set him apart too, and make his case a historic first.

He wants Canada to accept him as a refugee because he's opposed to torture.

Jemley argues that as one of only a small number of Arabic linguists with top security clearance, he could be forced to violate international law by participating in the interrogations of terrorism suspects. It was something he hadn't considered when he enlisted in 2005 and was handpicked to undergo two years of intense training due to his adeptness with languages.

Only last February did he discover that his government had sanctioned new rules on how terrorism suspects could be interrogated. He believes it's torture and when he realized he might be asked to be a part of it, he fled.

"It's a soldier's obligation to say `no' if their commander is doing things that are criminally complicit," Jemley, now 42, said in a recent interview in Toronto. "I think everyone is agreeing now that torture is really what has been going on ... I have every reason to believe that from my small pool that I belong to, with my credentials, that I'd be ordered to do such things."

`Torture' has become a much-debated word with profound legal implications since the 9/11 attacks and the U.S. administration's decision to re-write the laws of war.

Detainees held at Guantanamo Bay and the undisclosed CIA prisons around the world have claimed widespread abuse. The CIA has admitted to using `coercive techniques' during interrogations, such as waterboarding, a process whereby agents simulate drownings.

Much of the legal community considers this treatment torture and point to international laws such as the Geneva Conventions, which were established after WWII to impose legal restrictions on the barbarity of war.

Canada so far has largely been able to sidestep the debate about torture and the Bush administration's post-9/11 policies. Other cases of deserters in Canada have focused on the larger question of the legality of the Iraq war. About a dozen cases are working their way through the refugee board and courts with varying legal arguments and one deserter has already been deported back to face a court martial.

The issue of Guantanamo's legality arose earlier this year in the Supreme Court case concerning Canadian detainee Omar Khadr. The high court justices ruled that Canadian agents had acted illegally by interrogating the Toronto teenager in 2003 and 2004. But the high court relied on a U.S. Supreme Court decision that deemed Guantanamo illegal, rather than debating issues of torture and indefinite detention specifically.

Jemley's case is the first to deal with the issue directly. The CIA has admitted it uses acts such as waterboarding. There's evidence that Guantanamo detainees were subjected to programs such as sleep deprivation, intimidation with dogs and sexual humiliation. If these tactics are torture, thereby violating international law, Jemley argues he could be prosecuted for war crimes if he participates.

Canada must decide whether the U.S. administration has sanctioned torture in deciding his case, his lawyer says.

Calls to Jemley's commander at the 341st Military Intelligence Battalion at Camp Murray, Tacoma, were not returned this week. But a letter of "unexcused absence" emailed to Jemley from Maj. Brian Bodenman outlined what penalties he could face if he failed to show up to training by yesterday's deadline.

Punishment includes a court martial with possibility of jail time or a discharge and transfer to "inactive ready reserve." The latter means Jemley could still be called to duty for a period of five years.

"To me it's like being an indentured servant. You can't leave, and you can't give your skills back," Jemley said.

Since the U.S. invaded Iraq in March 2003, there is no accurate account of how many deserters have fled to Canada – best guess is a couple hundred, with many remaining underground having not filed a refugee claim.

Comparisons are often made to the Vietnam War when thousands came to Canada. But during Vietnam there was a draft, and Prime Minister Stephen Harper's Conservative government has little sympathy for today's deserters.

Jemley's decision to join the army was not one he took lightly, nor one borne of patriotic duty. "It wasn't a political decision. I didn't really like the Bush administration any more then, than I do now, but Iraqis are people too and I'm not afraid of doing difficult things. So I thought I could help," Jemley said.

After scoring extremely high on the army's Defense Language Aptitude Battery test he was asked if he'd become a linguist and was sent to the Army's language school in Monterey, Calif., for two years. Upon graduation, he spent a brief stint at the secretive National Security Agency, the U.S. government's electronic eavesdropping agency, and then sought independent contracts where he could work until his unit was deployed.

In February, he signed a lucrative contract with Washington's Office of Military Commissions, the legal arm of the Guantanamo trials that is prosecuting a couple dozen detainees, including Khadr. It was when Jemley started doing his own research into the Guantanamo cases that he came up with media reports about the waterboarding of suspects. When he was asked to sign an addendum to his OMC contract, which added that he must be available to be on-call for "other language related assignments," he refused and was fired.

A second contract offered him work in unspecified locations with "the agency" based in northern Virginia. No one would confirm it was the CIA and when he couldn't get answers about what he'd be doing he turned down the job.

By then he knew he was trapped. These were positions he could refuse, but if he was ordered to duty he couldn't say no.

His wife Sarah and children aged 8 and 3 have remained in Tacoma until Sarah can finish her master's nursing degree. They hate the separation but Jemley says he's confident in his decision.

"I know it sounds glib but I mean it. If one less person gets tortured then it'll all be worth it."
Posted by Gorilla Radio Blog at Tuesday, September 09, 2008