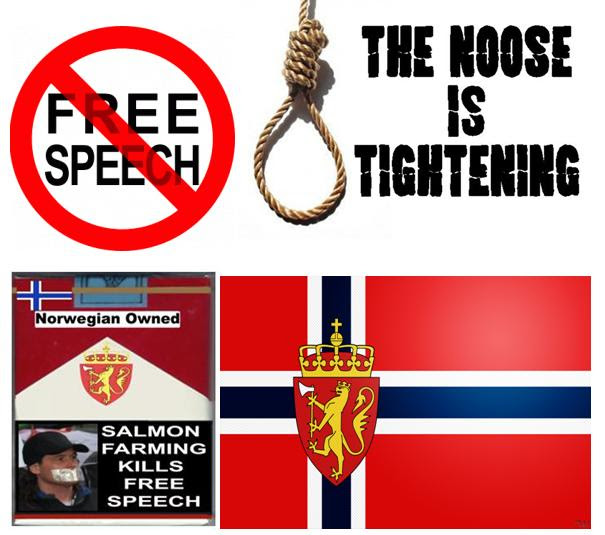 The Norwegian Government's shameless attempt to suppress freedom of speech continue as lawyers for the state-owned corporation Cermaq seek to enforce a permanent injunction against criticism of the Norwegian-owned salmon farming industry.  Appeal documents filed in the BC Court of Appeal by lawyers working on behalf of Cermaq's subsidiaries EWOS Canada and Mainstream Canada  seek to muzzle freedom of speech not only by The Defendant, Don Staniford, but also by the general public (the appeal hearing will be held in Vancouver on 28th May). 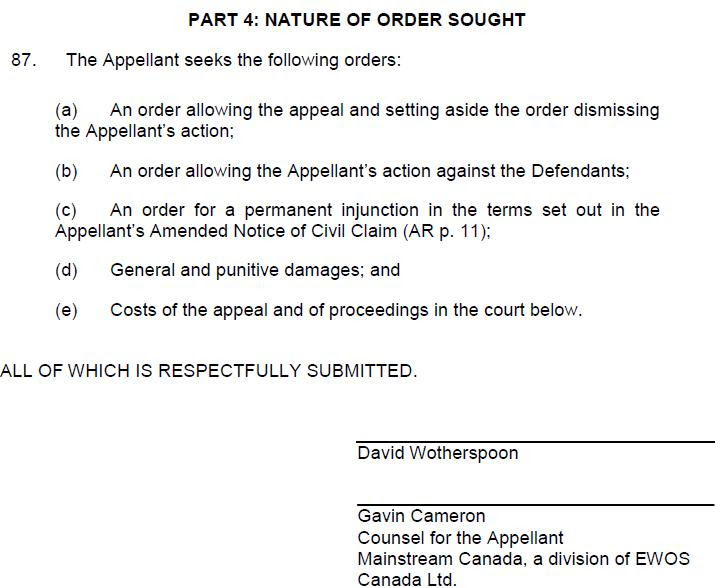 Cermaq is also seeking "substantial" damages in order to "send a strong message to Mr. Staniford and others of a like mind": 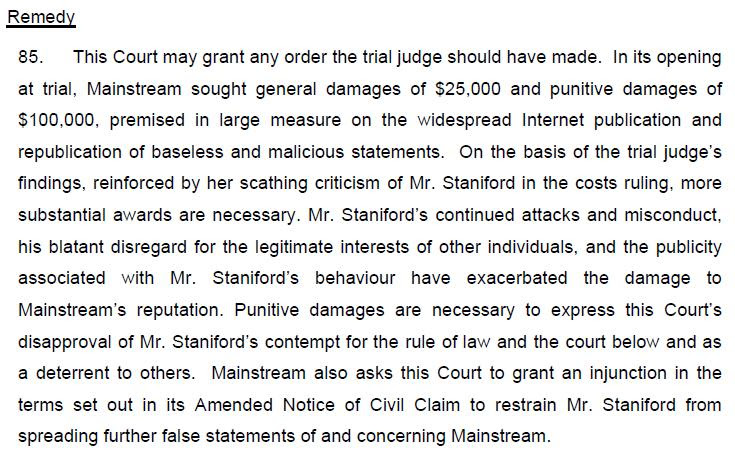 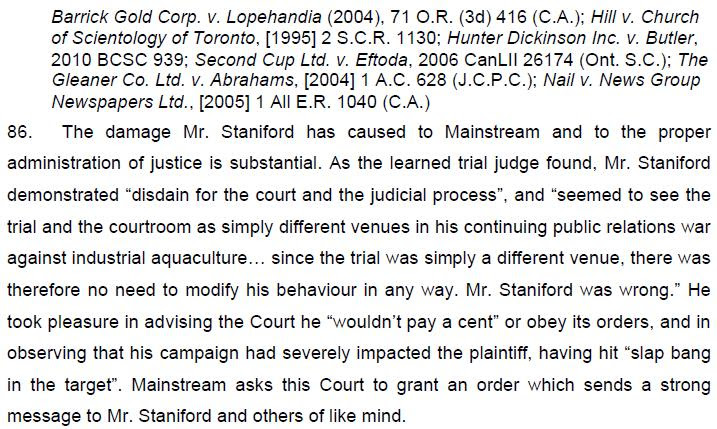 The Amended Notice of Civil Claim sets out the permament injunction:

During the 20-day trial in 2012, Cermaq's lawyers detailed the terms of the injunction - referred to  as the 'No Future Defamation Term':

If Cermaq’s lawsuit and injunction are successful, over fifty statements will be deemed illegal and “any person”, “servants” or “agents” will be ordered to remove the ‘Defamatory Words’ from the internet.  The permanent injunction would outlaw bumper stickers like ‘Friends Don’t Let Friends Eat Farmed Salmon’ and 'Wild Salmon Don't Do Drugs' and truthful statements corroborated by peer-reviewed science such as ‘Salmon Farming Spreads Disease’ and ‘Salmon Farming Kills Wild Baby Salmon’. The 'Defamatory Words' are spelled out in black and white via Cermaq's 'Amended Notice of Civil Claim':

"Norway now rivals China in its abuse of freedom of speech and the Draconian measures sought to suppress dissent," said Don Staniford of the Global Alliance Against Industrial Aquaculture (GAAIA).   "The Norwegian Government, via their state ownership of Cermaq, is abusing the Canadian courts to muzzle global criticism of Norwegian-owned salmon farming.  Norway’s reputation as a champion of free speech now lies in the gutter along with the Nobel Peace Prize it awarded in 2010 to the Chinese dissident Liu Xiaobo.  Shame on Norway, shame on Cermaq!"

Read more via "Closing Norway's Noose on Freedom of Speech" 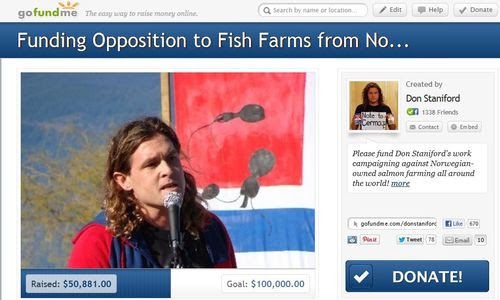 "You cannot appeal the truth," said The Defendant, Don Staniford.  "The fact is that salmon farming kills all around the world and, like cigarettes, should carry a global health warning.  Cermaq should stop fighting a losing legal battle and start relocating disease-ridden salmon farms away from wild salmon.  For the sake of our global ocean, our children's health and the health of our environment, we should stub out salmon farming from the face of the blue planet." The appeal hearing will take place in Vancouver on 28th May at the BC Court of Appeal.

Read more via "Cermaq - see you in court (again)!" 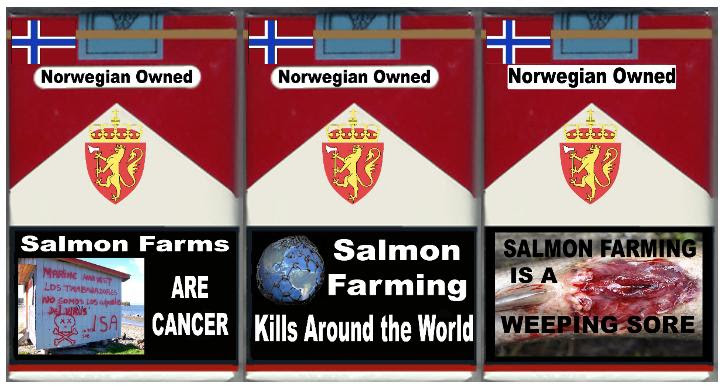