Fire Fighting in a War Zone

by Kevin Neish in Gaza

I’m quite a well trained mechanic. I hold four journeyman mechanical certificates, as well as a College diploma to teach them all. But I’m also a fisherman’s son, so I’m pretty darned good at fixing something with little more then a pocket knife and some string and wire.

It’s this last “qualification” that is now holding me in good stead in Gaza. I’m volunteering at the Gaza fire department’s repair shop. I retired some years ago, but here I’m working on some equipment that even predates my long career.

Due the blockade, the fire department has an oddball collection of old trucks from all over the world. Japanese, Italian, German and Russian trucks, that would have been retired many years ago anywhere else in the world, even if you had a proper supply of parts. But the Palestinians somehow keep them running, in spite of the Israeli blockade. 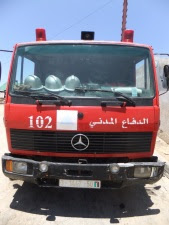 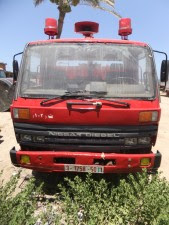 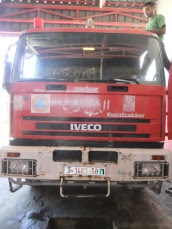 And as if that was not bad enough, during the 2008 “Cast Lead” assault on Gaza, the Israelis targeted all the fire halls in Gaza. One of the trucks damaged in that assault is still going through the rebuilding process in this repair shop, using equipment adapted from unrelated vehicles, home made parts, haywire and a lot of ingenuity. 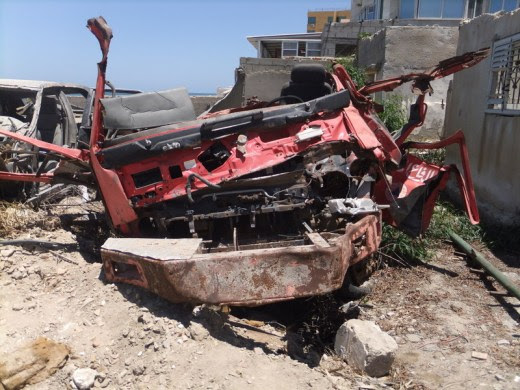 But many of the fire trucks were beyond even the Palestinians’ ability to repair them. 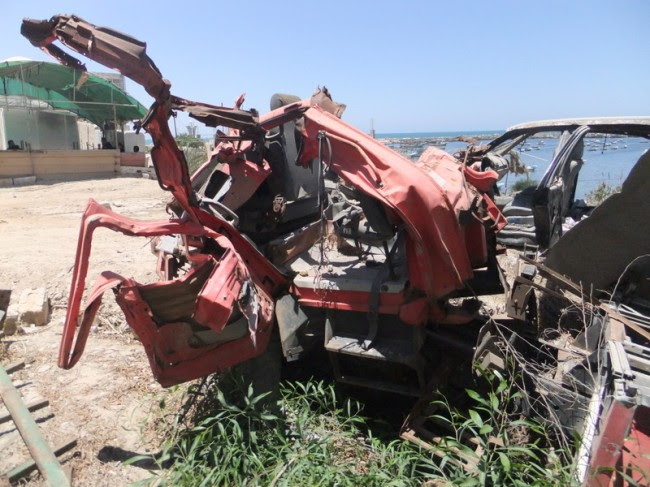 Without being told that this was once a a fire truck, it’s difficult to identify it as such. Of course this begs the question, why did the Israelis attack fire trucks? For that matter why did they attack, ambulances, sewer plants, electrical power plants, water treatment plants, sports stadiums, Universities and various United Nations schools.

And why are they still attacking Palestine today? 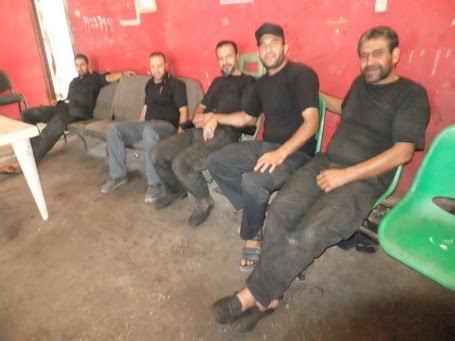 So here’s a shout out to these grand fellows of the Gaza fire department and some humble praise to the many fire fighters who have died under Israeli fire, while trying to protect the people of Gaza, Palestine.

Bye for now from Gaza City.