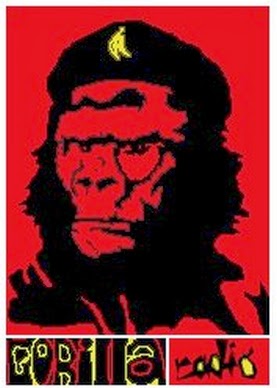 The horrors we daily see meted out by the World's most powerful against the most vulnerable may be difficult to understand without the benefit of historical context.

The grim truth is: Today's death squad mercenaries, and the junta regimes they both foment and support, are the fruit of dragon's teeth sown long ago.

This was perhaps nowhere more evident than in Iraq, where the so-called "Salvador Option" was resurrected by its mastermind, John Negroponte. During America's terror campaign in El Salvador in the 1970's, gangs of specially-trained soldiers were sent into the countryside to capture, torture, and kill civilians.

The stated goal then was to deter communists taking hold of the tiny country and providing a beach-head for a Russian invasion of the U.S.

The secretive program was revealed to the American public following the slaying of Archbishop Oscar Romero in his church in 1980, and more graphically by the subsequent brutal rape and murder of three American nuns, and Jean Donovan, a lay missioner. Less known however was a similar terror campaign conducted throughout most of the 1980's in El Salvador's neighbour to the north, Guatemala.

Wendy Mendez is a Vancouver-based human rights defender and founder of H.I.J.O.S.Guatemala, or Sons and Daughters for Identity and Justice Against Forgetting and Silence. H.I.J.O.S. uses public education, political art and murals, and demonstration to both articulate and strengthen Guatemala's justice movement. The organization is made of students, workers, professionals, and includes the children of Guatemala's disappeared and murdered. Mendez is herself a survivor of the Guatemalan genocide, she and her family fleeing the country following the disappearing of her mother, Luz Haydee Mendez in 1984.

Wendy Mendez will be in Victoria this Friday, presenting at the Central America Support Committee's monthly Cafe Sympatico at 1923 Fernwood Rd., in the heart of the Fernwood community.

Wendy Mendez in the first half.

And; last year, the Shawnigan Residents Association discovered plans by the local gravel quarry, South Island Aggregates to fill their sun-setted open pit mine with 5 million tonnes of "contaminated soil" on the slopes above Shawnigan Lake. They protested, beseeched, and appealed to every body involved in the process, but in the finish, the BC Ministry of the Environment approved the dump. A final appeal of the ministry's permit was heard earlier this month, and the last ditch effort commences today, scheduled to conclude April 4th.

Calvin Cook has lived along the lake for nearly thirty years, and is Vice President of the Shawnigan Residents Association.

Calvin Cook and a dump too much in the second half.

And; Victoria Street Newz publisher and CFUV Radio broadcaster, Janine Bandcroft will join us at the bottom of the hour to bring us up to speed with some of what's good to do in and around the city, and beyond it too, in the coming week. But first, Wendy Mendez and Guatemala's Sons and Daughters for Identity and Justice Against Forgetting and Silence.


Chris Cook hosts Gorilla Radio, airing live every Monday, 5-6pm Pacific Time. In Victoria at 101.9FM, and on the internet at: http://cfuv.uvic.ca.  He also serves as a contributing editor to the web news site, http://www.pacificfreepress.com. Check out the GR blog at: http://gorillaradioblog.blogspot.ca/ 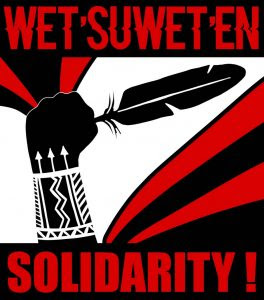