All That Glitters: Does Musk Midas Touch Make SolarCity a Ray of Investor Sunshine?

Inside Opportunities with Martin Tillier - OilPrice.com 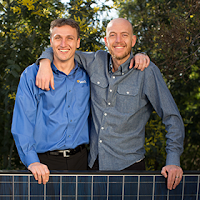 We all know that logically we should assess the value and prospects of any stock based on the profitability and prospects of the company. That is investing 101, but sometimes other factors take over. In the case of SolarCity Corp (SCTY), buyers seem to be motivated by anything but profitability.

The company has never made a profit since the IPO nearly two years ago, but even so, despite losing a lot of ground since the high back in February, SCTY is trading at over five times what it was then.

The gut reaction of any value investor when looking at the basic numbers would be to avoid, or even short, SCTY, but that doesn’t tell the whole story.

The discrepancy comes from the fact that GAAP reporting doesn’t do justice to the company, as much of its business comes from leasing agreements. Revenues from those agreements will be counted over a number of years, around twenty in most contracts, while some of the expenses are accounted for immediately.

Management has attempted to address this discrepancy by including a non-GAAP measure of “Retained Value” (RV) in their quarterly reports. The way that is calculated contains some assumptions that can be questioned, such as the prediction that all contracts will be renewed for a total of thirty years, but in many ways, the concept of RV is a valid one.

Whether you take into account future revenues or not, however, one thing cannot be denied; SolarCity is growing extremely quickly. It is now the largest supplier of residential solar power systems in the U.S. and sold or leased 137MW of systems in the third quarter of this year.

Growth has been impressive and if anything is accelerating.

Of course, if you are losing money on everything you supply then selling more just makes the situation worse. Many evidently think that is the case here as short interest in the stock now stands at over one third of the total float. When the growth and future revenues are taken into consideration, though, that assumption looks flawed. 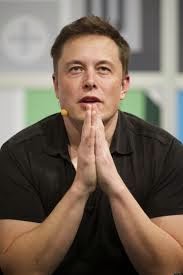 What the company is essentially doing is leveraging and investing heavily in a massive cash stream in the future. Presumably the shorts think that SCTY will run out of money before that stream starts to flow but there is one reason that is unlikely to be the case…Elon Musk.

Musk, who is also behind Tesla (TSLA) and SpaceX, may not be the flawless genius that some see him as but one thing is for sure; he has the clout to get financing in Silicon Valley. As most pure tech valuations are looking a little stretched there is an awful lot of cash washing around in California looking for a home, and Musk’s name will be enough to ensure that SCTY get at least their fair share if they need it.

Buying SCTY at these levels does involve a bit of trust. You have to trust that there will not be another major downturn in house building in the near future and that interest rates will remain low for an extended period.

You have to trust that there will be no wholesale dumping of solar panels by China and that there will be enough cash available for SolarCity to continue operations for a number of years until the investment begins to pay off. None of these assumptions look unreasonable, however.

Buying here with a stop at the May and June lows around $46 (a potential loss of 15% or so) and a target of around $80 (close to 50% potential profit) also appeals from a risk/reward perspective. Add to that the prospect of a serious short squeeze if the stock does begin to rally and a little bit of trust seems warranted.

The basic role of any company is to make money, and when one is still struggling to do that two years after going public it would normally be a huge red flag. In this case, however, it can be argued that SolarCity is actually making money, but it just doesn’t look that way.

Given that, an exceptional rate of growth and an appealing risk/reward ratio at the current levels, SCTY looks like the kind of loser it could pay to get behind.