No Fish Farms: Delivering the Dzawada'enuxw Message to Victoria

The Power of One - we all have it

The nations of the Dzawada'enuxw are uniting and traveling down the coast of Vancouver Island locking arms with other nations in their quest to remove salmon farms from their traditional waters, sometimes called the Broughton Archipelago. They have said "no" for almost 30 years to the salmon farms using their territories.

But somehow Canada, BC and the Norwegian/Japanese salmon farmers decided to ignore them and so today one third of the BC salmon farming industry has made themselves at home in Musgamagw Dzawada'enuxw territory.


They will be in Victoria TOMORROW, Saturday Sept 3, 2016 - 1 PM At the BC Parliament Buildings


This industry is disrupting the web of life throughout this coast, entrapping wild fish, disrupting migration patterns that fed hundreds of species, smothering the seafloor, altering the chemical composition of the water with industrial feedlot effluent, release of billions of lice, viruses and bacteria daily! The Musgamagw Dzawada'enuxw, a people with a 13,000 year relationship with this place, view this as yet another form of genocide.

This remote tribe from the Kingcome Valley has received support from nations in Campbell River, Comox, and Nanaimo. 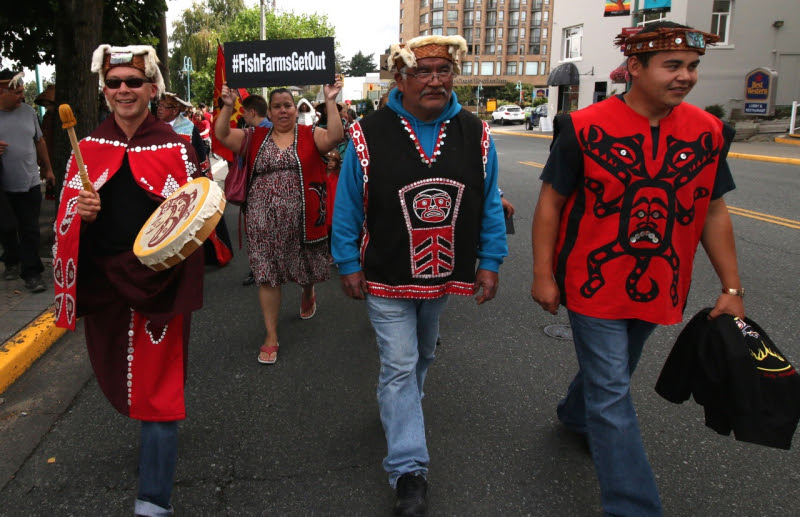 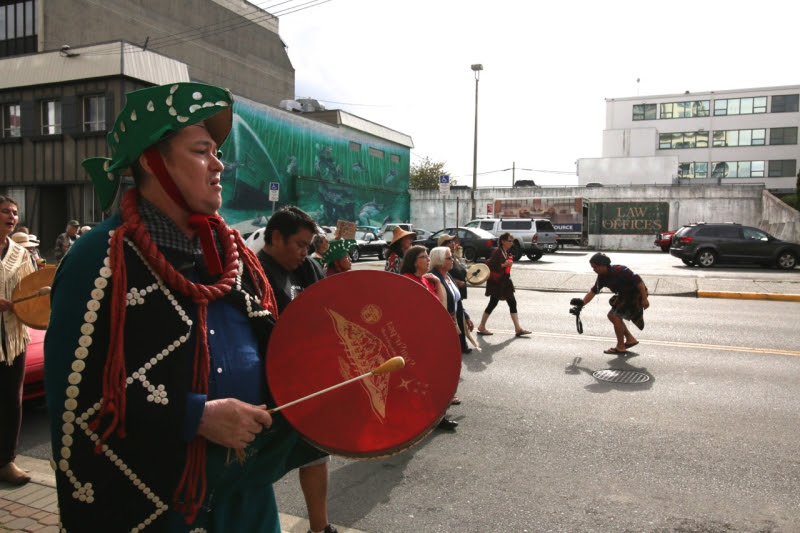 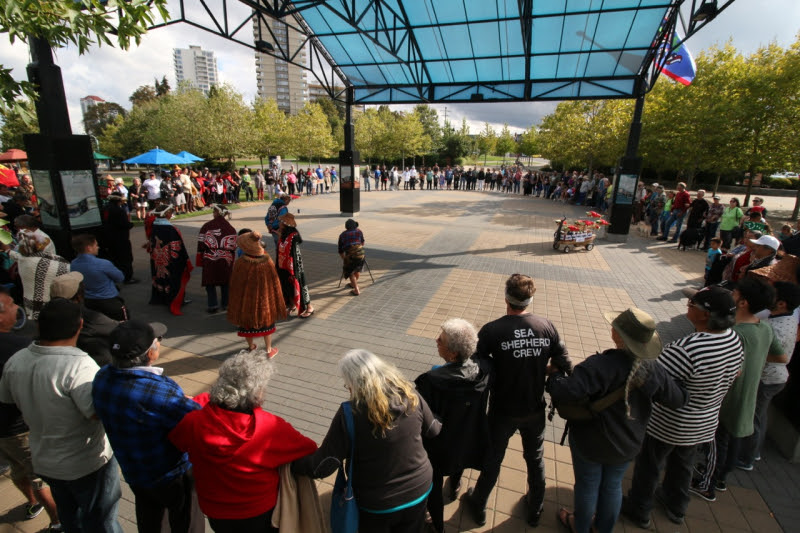 They will be in Victoria TOMORROW, Saturday Sept 3, 2016 - 1 PM At the BC Parliament Buildings

The Power of one is all we have, but we all have it. Please consider using that power and show up in support! 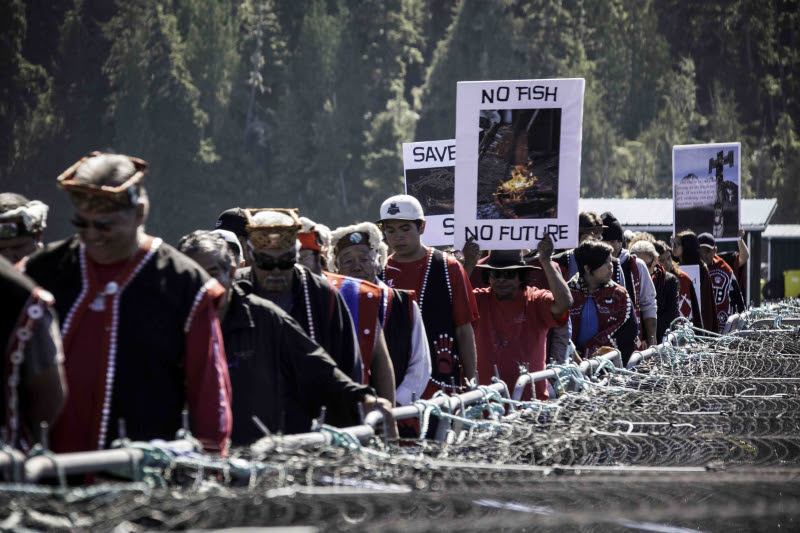 I have now been on the RV Martin Sheen for 39 days! We have looked closely at salmon farms from Vancouver to Port Hardy. Ship's Log

I brought the boat to the Musgamagw Dzawada'enuxw, in Kingcome Inlet, as they have fought this industry for nearly 30 years! They have said "no" from the beginning and yet 1/3 of the BC salmon farming industry is using their territory to grow Atlantic salmon.

The Kingcome herring have collapsed despite 30 years of protection from fishing, and the wild salmon are a fraction of what they used to be. This is highly predictable, this is what happens everywhere there are salmon farms placed among wild salmon and sea trout. This is why I cannot understand how the Government of Canada could possibly have given the industry long term licences on Canada Day, July 1, 2016.

The Minister of Fisheries Dominic LeBlanc was given the mandate to use science to protect Canada's infinitely valuable wild fisheries and yet he went ahead and gave Mitsubishi and the Norwegians, long term access to pollute the rich waters of BC with sea lice and viruses. These are problems that the industry has not solved anywhere in the world. How can Canada do this? What hold does this industry have on them? 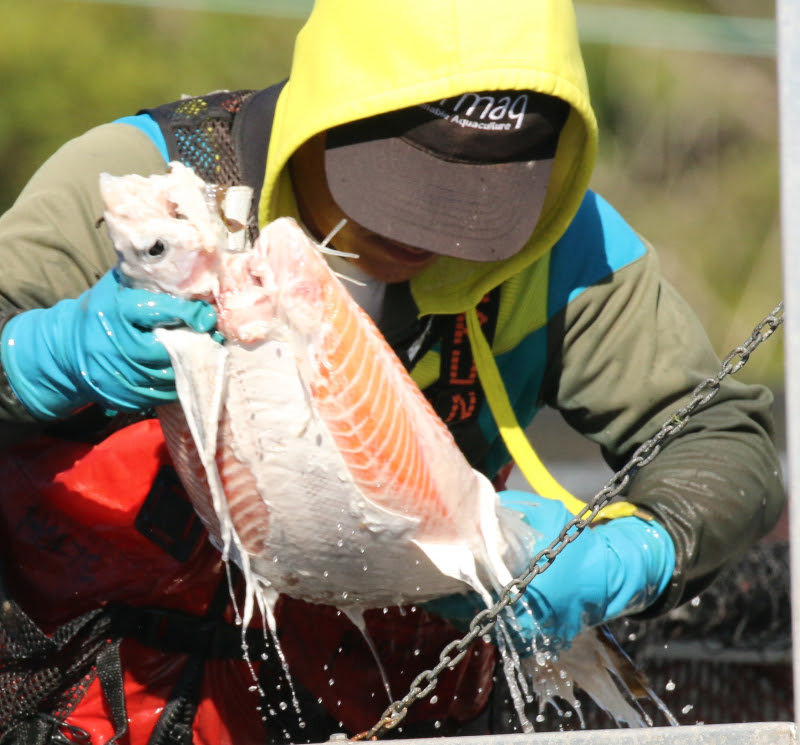 The Musgamagw Dzawada'enuxw have boarded three salmon farms in their territory in the last 2 weeks. Each time more people joined and most recently many chiefs from several sister nations - Namgis, Mamalilikulla and Danaxdaxw joined them.

On August 23, they boarded the Marine Harvest Midsummer farm in their territory -

During this event, I was asked to examine the farm salmon and so I lowered a Go Pro camera into the pens on a pole. In just a few minutes I witnessed all of this: SEE INSIDE A SALMON FARM


Industry and DFO have tried to tell us that farm salmon don't eat wild fish - well that is simply not true! Gotcha red-handed! As DFO is boarding fishing boats 17 officers with guns on a single boat http://www.thenorthernview.com/news/389620871.html But there is no response to wild fish entrapped in a Norwegian salmon farm, with farm salmon feeding on them.

If this concerns you, please check back on this blog as we move down the coast of eastern Vancouver Island over the next few days for event dates and times and then arrival in Victoria on Saturday, September 3rd and then Vancouver shortly after.

We need to make sure government knows that they have made a huge mistake. How can the government of Canada state that respecting First Nations is their sacred obligation and give foreign salmon farming companies permission to pollute the territory of nations who have said "NO."

My deepest thanks to the Sea Shepherd captain and crew, for this voyage into the darkside of salmon farming. 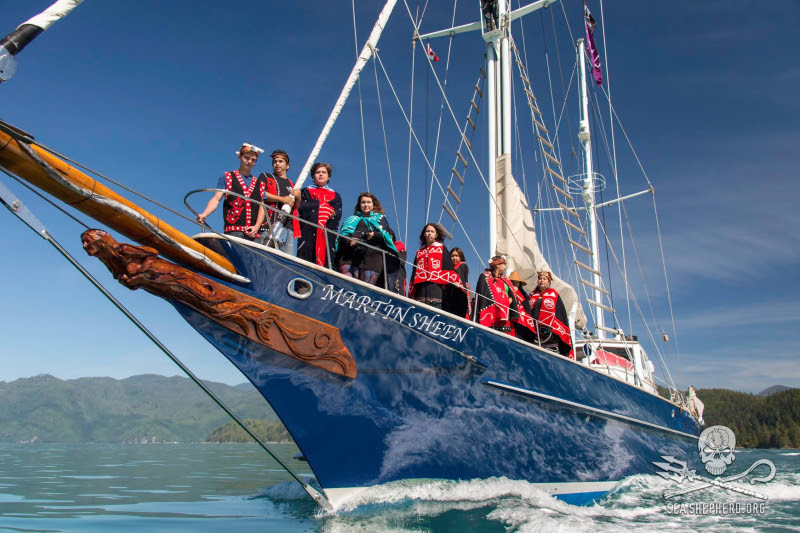