Switching Off and Saving Headspace

Switch Off Your Devices and Have a Week Off: Why Headspace, Silence and Human Interaction is Good for Us 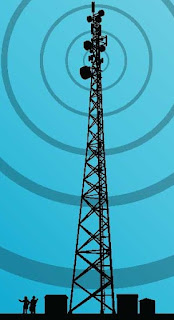 I’m just back from a fortnight’s holiday with my family in Sicily, and am also just back online after a week with no internet access at all, which was a wonderfully refreshing experience.

Don’t get me wrong. I make a living — or what passes for a living — mostly online, and I know more than many how the internet can enable individuals to become truly independent media sources and activists, and how we can reach out across the world in a way that was never possible before the advent of the world wide web. It’s what I’ve been doing for the last eleven years, and will continue to do so long as there are appreciate people out there who are prepared to support me in what I do.

However, the permanently connected world is not without its pitfalls — and I’m not just thinking about fake news, bigotry, and the horrendous rise of cyber-bullies and cyber-misogynists.

Every year, when I switch off, I return to a time when there was space in our lives — space to think, to reflect, even to be bored, which can be a constructive experience. It’s somewhere I try to get to regularly in my everyday life, cycling around London taking photos, with no mobile phone connecting me to the online world (or able to track my every move), but I always return to my laptop, to the blizzard of emails, notifications, status updates and more from the absurdly large number of people who purport to be my “friends,” but who, in reality, are a relatively small number of friends and acquaintances vastly outnumbered by people I don’t know at all.

In the online world, seeking attention, we are encouraged to ignore how often our words and our thoughts disappear into the ether, and yet how much we are encouraged to keep on chasing interest and approval via likes and follows, like hamsters in a wheel that only gets smaller and faster-moving the more we go round in it. I’m still avoiding being tied to a mobile phone, in part because of an absurd, old-school desire to be “free”, but also because I genuinely find their use to be alarming — like an extension of people’s bodies, statuses and likes checked relentlessly like nervous tics, attention spans shrunk to almost nothing, intellectual capacity reduced to 140 characters or less.

I have no serious desire to be a Luddite — although I do find myself frequently fantasizing about how pleasant it would be to generally return to an analogue, pre-digital age — but every year, when I do switch off from the internet for a week or so, I come back with the belief that we should all switch off our devices more regularly than we do — if we do at all. I am convinced our brains need room to breathe, and that our relationships with each other cannot be sustained if we constantly have half an eye on the little device in our pockets that tells us in so many ways that it is our best friend, when, in reality, it can often be smothering and damaging to our well-being.

I’ll be interested to know what you think. What, for example, would you think about a campaign that encouraged us all to switch off our devices one day a week? Is it something that is even imaginable, or is the grip of the powerful hand-held computer so powerful that we can no longer imagine any amount of time spent without them?

Andy Worthington is a freelance investigative journalist, activist, author, photographer, film-maker and singer-songwriter (the lead singer and main songwriter for the London-based band The Four Fathers, whose music is available via Bandcamp).

He is the co-founder of the Close Guantánamo campaign (and the Countdown to Close Guantánamo initiative, launched in January 2016), the co-director of We Stand With Shaker, which called for the release from Guantánamo of Shaker Aamer, the last British resident in the prison (finally freed on October 30, 2015), and the author of The Guantánamo Files: The Stories of the 774 Detainees in America’s Illegal Prison (published by Pluto Press, distributed by the University of Chicago Press in the US, and available from Amazon, including a Kindle edition — click on the following for the US and the UK) and of two other books: Stonehenge: Celebration and Subversion and The Battle of the Beanfield. He is also the co-director (with Polly Nash) of the documentary film, “Outside the Law: Stories from Guantánamo” (available on DVD here — or here for the US).