Bear Meets Duck: What Does the End of Anglo-American Axis Air Superiority Mean? 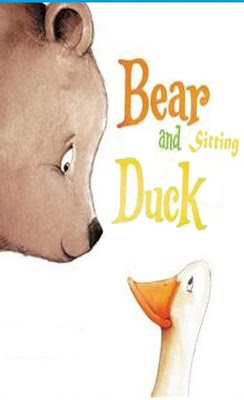 US President Donald Trump didn’t mean to start a revolution. President Putin tried persuading him not to. But on April 14 the revolution was launched by American warplanes, surface ships and a submarine.

The outcome is, the US can no longer count on air superiority anywhere in the world where Russian air defences operate, backed by Russian command-and-control systems. Sans air superiority, the US has no force-multiplier on the ground of the magnitude required for Pentagon attacks; that is, the ratio of men and firepower it calculates for making sure enemies on the ground can be defeated.

This is revolutionary, and has spread instantly to every war front - Russian lines with NATO; the Korea-Japan front; Taiwan Straits and South China Sea for China; and Indian Ocean for India and Pakistan.

The treaties which promise US allies that an attack on them will draw US military support for their collective defence – Article 5 of the North Atlantic Treaty (NATO), Article 4 of the Australia New Zealand US Treaty (ANZUS), Article 3 of the Inter-American Treaty of Reciprocal Assistance (Rio), and the Japan, Philippines, South Korea, Taiwan, Pakistan and Israel defence treaties – are dead letters.

So long, shock and awe – that was the American warfighting doctrine against people who lack Russian-standard defences.

The official Pentagon version of the April 14 attack on Syria, led by Marine Corps Lieutenant General Kenneth McKenzie, can be read here. The video presentation of what the junior Pentagon spokesman called “Happy Saturday”, with target pictures and maps, can be watched by clicking to open here. The Russian Defence Ministry has given two briefings, the first on April 14 by the General Staff spokesman, Lieutenant General Sergei Grudskoy (pictured below, left); follow the text and visuals here. The second briefing was given on April 16 by the Defence Ministry spokesman, Major General Igor Konashenkov (right). Click to open.

Since so much is at stake for future military strategy in the assessment of the April 14 attack, and in the coordination between the forces on both sides, the discrepancies between the official accounts are very large. They are exaggerated in media reporting from all sides; the truth will take more time to become clearer.

The key differences are:


If the interception rate was 69%, as Russia claims, this is one of the greatest air-defence victories against missile attacks ever recorded. If three targets were destroyed with 100% accuracy, with no release of chemical weapons stocks, no casualties, and no collateral damage, this was the largest firepower-to-destruction ratio ever launched by the US military.

The unresolved uncertainties, as well as the calculated probabilities, add up to the same thing to Russian military analysts. “A strange umbrella” (Чужой зонтик) Ilya Kramnik, military analyst for Izvestia, titled his report. The US avoided every target defended by Russia, and succeeded against targets which were not defended by the Pantsir and other missile systems delivered to Syria in recent weeks. The range of detection, speed of coordination, and effectiveness of fire control between the Russian military and their Syrian counterparts have never been achieved at this level of operation before.

At the Defence Ministry Konashenkov acknowledged that the S-200 system launched 8 missiles at the attackers, and none was hit. This, Russian sources and the Defence Ministry explain, is because the S-200 was designed to combat aircraft, not missiles. The Syrian S-125, according to Konashenkov, was more successful, firing 13 missiles and intercepting 5. This was achieved, Russian sources say, because the Syrian S-125 has been upgraded by Belarus specialists. The S-300, which Iran and Greece operate, and the S-400, which guards the Russian naval and air bases in Syria and which Turkey is acquiring, are capable of striking both aircraft and missiles. This is the game-changer for Syrian defence against Israel if the S-300 is delivered, as the Russian Defence Ministry is now proposing. 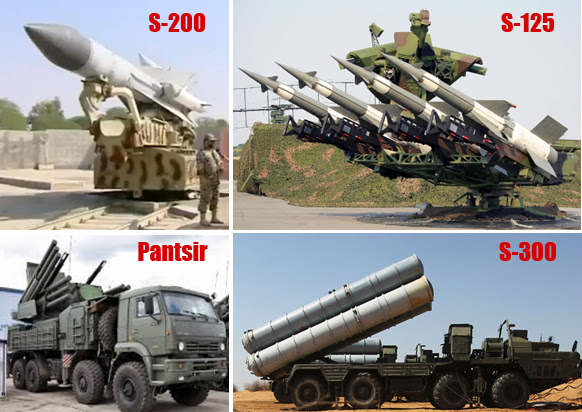 Igor Korotchenko, editor of National Defence Magazine in Moscow, believes the April 14 outcome is confirmation of the effectiveness of Russian defence against the most advanced weapons in the American armoury.

“Well, if even old Soviet AAD [anti-aircraft defence] systems in Syria could repel the missile attacks and fight against modern US and Israel aircraft, I think the latest Russian AAD systems are more effective. But the key to success is the training of crews for these systems. Now they are getting the necessary experience in Syria.”


In short, it is the Russian assessment that the Americans launched an armada which was blown off course by a Russian wind. 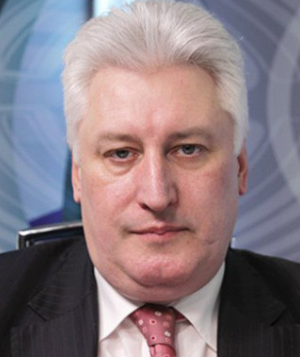 But Korotchenko (right) warns that the lesson the Americans will draw is a doctrine of surprise and swarm. Swarm means the multiplication of attack forces from every direction at once in such weapons numbers as will penetrate even the densest defensive screen.

It is the opposite of precision or smart, as US officials like to describe their targeting.

“Of course, if the US fires very large numbers of missiles as a swarm tactic, they will penetrate through the defensive system. The outcome for them, I would say, would be more effective, especially if they also use systems of radio-electronic suppression [ECM]. This time in Syria they didn’t use [ECM], so the Syrian AAD could work effectively.”


Russian analysts judge that while swarm is likely to be the American tactic, surprise is contradicted because the larger the swarm, the longer the time required to prepare it, and the more visible the preparations become in advance. This, according to the Defence Ministry and repeated speeches by President Vladimir Putin, is the Russian interpretation for US pre-positioning of missile batteries in Poland and Romania, on US Navy vessels in the Black Sea, as well as ground weapons in the Baltic states. For Putin’s “cross-hairs” warning, read this.

While the tactical results of the April 14 attack continue to be debated with fresh evidence, the US operation has removed strategic uncertainty for Russia’s military leadership in its debate with Putin. The General Staff are convinced the US is at war with Russia on all fronts, and readying to attack with military force. Consequently, Russia must prepare to defend to the point where the US will lose the advantage of both surprise and swarm – and lose its own forces as well.

Such a defence requires the Russian doctrine of red-line surprise so that, once crossed, the US cannot be confident it can defeat Russian defences, nor confident the US can defend itself against the launch of the newest Russian weapons.

War by miscalculation between US and Russian forces is therefore much closer now.

“I hope,” says Korotchenko, “that all sides will come to a common decision on this conflict, because ‘hot war’ will mean the end for all mankind. And we don’t want it.”