Silly Goose! How Gina Haspel and the New York Times Made a Sucker of Trump 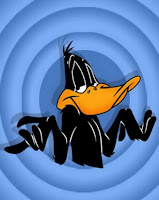 A number of people, including myself, wrote to the New York Times journalist, Julian Barnes, to point out that the piece he and his colleague, Adam Goldman, published on 16th April 2019 about the CIA Director, Gina Haspel, contained a part which unwittingly showed that she had misled President Trump into expelling 60 Russian diplomats in March 2018.

Here were the paragraphs of interest:


“During the discussion, Ms. Haspel, then deputy C.I.A. director, turned toward Mr. Trump. She outlined possible responses in a quiet but firm voice, then leaned forward and told the president that the “strong option” was to expel 60 diplomats.

To persuade Mr. Trump, according to people briefed on the conversation, officials including Ms. Haspel also tried to show him that Mr. Skripal and his daughter were not the only victims of Russia’s attack.

Ms. Haspel showed pictures the British government had supplied her of young children hospitalized after being sickened by the Novichok nerve agent that poisoned the Skripals. She then showed a photograph of ducks that British officials said were inadvertently killed by the sloppy work of the Russian operatives.

Ms. Haspel was not the first to use emotional images to appeal to the president, but pairing it with her hard-nosed realism proved effective: Mr. Trump fixated on the pictures of the sickened children and the dead ducks. At the end of the briefing, he embraced the strong option.

The outcome was an example, officials said, of how Ms. Haspel is one of the few people who can get Mr. Trump to shift position based on new information.”


I pointed out to the authors in an (unanswered) email that this was an extraordinary claim, because no children became sick due to poisoning by a toxic chemical, and nor did any ducks die. And so unless they were prepared to correct or retract their piece, there could only be two possibilities:


It seems that the two journalists have not ignored mine and the many other emails they received about this issue, and they have today corrected their story. The paragraphs of interest now read as follows:

“During the discussion, Ms. Haspel, then deputy C.I.A. director, turned toward Mr. Trump. She outlined possible responses in a quiet but firm voice, then leaned forward and told the president that the “strong option” was to expel 60 diplomats.

To persuade Mr. Trump, according to people briefed on the conversation, officials including Ms. Haspel tried to demonstrate the dangers of using a nerve agent like Novichok in a populated area. Ms. Haspel showed pictures from other nerve agent attacks that showed their effects on people.

The British government had told Trump administration officials about early intelligence reports that said children were sickened and ducks were inadvertently killed by the sloppy work of the Russian operatives.

The information was based on early reporting, and Trump administration officials had requested more details about the children and ducks, a person familiar with the intelligence said, though Ms. Haspel did not present that information to the president. After this article was published, local health officials in Britain said that no children were harmed.

Ms. Haspel was not the first to use emotional appeals to the president. She and Mr. Pompeo showed Mr. Trump images of children sickened by chemical weapons attacks in Syria, in an earlier presentation. But Ms. Haspel’s strategy in the March briefing was to pair emotional appeals with her hard-nosed realism and it proved effective. At the end of the briefing, Mr. Trump embraced the strong option. [my emphasis]”


Below is Mr Barnes’s explanation on Twitter for the error and the correction:

“I made a significant error in my April 16 profile of Gina Haspel. It took a while to figure out where I went wrong. Initially, I reported that in March 2018, Gina Haspel, then the future CIA director, briefed President Trump about the Skirpal nerve agent attack, showing pictures of sickened children and dead ducks. That was wrong. There are—so far as we know—no pictures of dead ducks or sickened kids. Haspel did show pictures to Trump, but they were about the effects of nerve agents in general, they were not specific to the attack in the UK.

British officials did brief the Trump administration about early reports of dead ducks & sick children. Officials sought more info, believing such intel would be persuasive to Trump, who was skeptical of the proposed expulsion of 60 Russians in response to the attack. But Haspel did not brief the president on that intelligence.

Local UK health officials deny that any animals or children were sickened, as British officials pointed out soon after our story published. (In response to good reporting by @haynesdeborah, @guardian and others.) (link: https://www.theguardian.com/uk-news/2019/apr/18/no-children-ducks-harmed-novichok-attack-wiltshire-health-officials)

The intelligence about the ducks and children were based on an early intelligence report, according to people familiar with the matter. The intelligence was presented to the US in an effort to share all that was known, not to deceive the Trump administration. This correction was delayed because conducting the research to figure out what I got wrong, how I got it wrong and what was the correct information took time.

I regret the error and offer my apology. I strive to get information right the first time. That is what subscribers pay for. But when I get something wrong, I fix it.”


Here is my response on Twitter to Mr Barnes:

Thanks for taking the time to correct your report. However, it unfortunately raises just as many questions as the initial report.

Really? Which early reports were these? There were none. The parents of the children who had tests to see if they had been contaminated were only contacted 2 weeks after the incident, and none of them was found to be ill. This is the first report on it, and it confirms the children were given the all clear. And there were never any dead ducks in Salisbury nor any reports of them.

Secondly, you say that “Officials sought more info, believing such intel would be persuasive to Trump, who was skeptical of the proposed expulsion of 60 Russians in response to the attack.” But the fact is that any further (truthful) info could not have persuaded Mr Trump, for the simple reason that no other people were harmed in Salisbury than the three people who were initially harmed. How, then, was he persuaded?

Thirdly, you presumably give the answer to the second point, when you say “Haspel did show pictures to Trump, but they were about the effects of nerve agents in general, they were not specific to the attack in the UK.” So in other words, Ms Haspel couldn’t show any pictures from Salisbury to persuade the sceptical Mr Trump, because there weren’t any to show. So she showed him pictures from other nerve agent attacks, which were presumably sufficiently bad to turn him from his scepticism, to expelling 60 diplomats. Even though nothing like that happened in Salisbury.

Thank you for clarifying that Ms Haspel did indeed wilfully mislead the President.”


Despite NYT’s correction, the question it poses is this: Which is worse:


The answer is they’re both as bad. In both scenarios, an utterly false picture of what happened in Salisbury was given to the sceptical President to twist his arm into taking action he didn’t want to take.

As they say, when in a hole, better stop digging.