Back to the No Future: Killing the INF Nuclear Treaty

Sec. of State Mike Pompeo announced that the US is unilaterally withdrawing from the Intermediate-Range Nuclear Forces (INF) Treaty, which could have been re-negotiated if the US had acknowledged its own responsibility for the treaty's problems 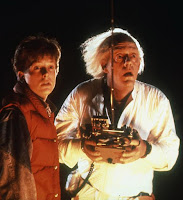 Friday, August 2nd marks the day that the United States officially withdraws from the Intermediate-
Range Nuclear Forces Treaty, also known as the INF Treaty, in effect since 1987 when US President Ronald Reagan and Soviet leader Mikhail Gorbachev signed it. US Secretary of State Mike Pompeo justified the US withdrawal from the treaty, tweeting Friday, “On February 2nd, 2019 the US gave Russia six months to return to compliance with the Intermediate-Range Nuclear Forces Treaty. Russia refused, so the treaty ends today. The US will not remain party to a treaty when others violate it. Russia bears sole responsibility.”


Geoff Wilson is a Policy Analyst at the Center for Arms Control and Non-Proliferation where he hosts the “Nukes of Hazard” podcast.

Already in 2014, the Obama administration accused Russia of having violated the INF Treaty because of its deployment of a cruise missile system known as the SSC-8. Russia, though, argues that this missile has a range that is below the treaty’s range limit of 310 to 3,400 miles. In contrast, Russia argues that the US has violated the INF Treaty itself with the deployment of an anti-missile system that can be retrofitted with nuclear warheads and for having missile bases that could launch Tomahawk cruise missiles from Poland.