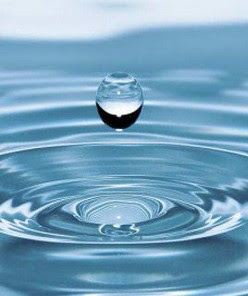 
There’s a lot of confusing jargon and spin in those statements, but the Canadian Union of Public Employees (CUPE) has cut through it with this observation: “There’s nothing new about federal programs and institutions that try to make P3s more palatable, especially to smaller municipalities. In this case, the CIB will subsidize the borrowing costs for corporations bidding on the 20-year deal … The bank is offering to lend the private sector money at a lower rate than corporations could get on their own. Details about the loan terms are blacked-out in public documents about the deal.” [2]

While the Township of Mapleton will still retain ownership of the core assets, the consortium that wins the contract will obtain a secure stream of profits from operating and maintaining the system for the next twenty years. No doubt, rates to homeowners will have to rise, as the consortium will want a solid return on its investment.

So what is this “new model” for structuring and financing such projects? We taxpayers will subsidize the borrowing costs of the private sector so they can privatize the revenue stream from our water and wastewater systems. Moreover, according to CUPE, Mapleton Township will have to pay back the $20 million to the CIB. [3]

In other words, the Canada Infrastructure Bank is hoping to prove that not only is there a sucker born every minute, but most of them live right here in Canada.

“We’re very concerned this could be the start of a bigger push to privatize Canadian water and wastewater services.” [4]


That concern is shared by the Council of Canadians, which recently stated:

“One challenge to the commitment to public water services is governments’ growing reliance on public-private partnerships (P3s). The Canadian government is imposing new and higher standards on municipal wastewater treatment across the country – which is a good thing for water safety. However, it appears the only funding for this is through the Canadian Infrastructure Bank, which is run by corporations and promotes P3s. The changes from the new regulations must be in place by 2020, limiting municipal governments’ options to choose public solutions.” [5]


The Canada Infrastructure Bank (widely known as the “privatization bank”) is apparently keen to open up this sector for corporate profits. As CUPE notes,

“The CIB’s mandate is clear. It’s trying to break new ground in a sector where there are very few P3s. In 2016, Statistics Canada reported that municipal and regional governments owned 3,400 water and wastewater facilities. Fewer than 20 municipalities have privatized their systems through some form of P3. The bank is zeroing in on the smallest communities, and is using Mapleton township as a pilot project.” [6]


The business case for the Mapleton project was presented to the town council by PriceWaterhouseCoopers (PwC), one of the top global consultants that facilitate P3s. Not surprisingly, PwC recommended the CIB’s financing model.

With municipalities struggling financially across the country, and with many water and wastewater systems in need of upgrading, refurbishment, or outright creation, no doubt the private sector is thrilled about the new “innovative financing” from the CIB.

Just weeks after the CIB announcement about Mapleton Township, Google parent company Alphabet Inc. and affiliate Sidewalk Labs announced in August 2019 that they are partnering with the Ontario Teachers’ Pension Plan to launch a new company that invests in North American infrastructure. The new company, Sidewalk Infrastructure Partners, will operate and invest in five areas, including “water and waste”. [7]
Public Transit, Privatization and the Canada Infrastructure Bank

Jim Leech, the former president of the Ontario Teachers’ Pension Plan (OTPP), was appointed by Trudeau in February 2017 as “special advisor” for the CIB. As I wrote in my 2018 book Bypassing Dystopia,

“Leech had for years been involved in the privatization of freshwater in Chile, with the OTPP investing in or owning at least three Chilean companies that sell drinking water to communities in that country. So apparently, the new CIB special advisor considers water a lucrative commodity from which mega-bucks can be made.”


Along with Sidewalk Infrastructure Partners, no doubt companies like SNC-Lavalin and Blackstone Group are watching with great interest to see whether the CIB financing model for water infrastructure is embraced by other Canadian municipalities.

Interestingly, the Liberal Party Platform for the federal election makes no mention of water and wastewater system P3s, but it does say this:

“To ensure that Canada is better prepared to protect and manage our fresh water in a changing climate, we will move forward with a new Canada Water Agency. The Agency will work together with the provinces and territories, Indigenous communities, local authorities, scientists, and others to find the best way to keep our water safe, clean and well-managed.” [8]


Across the planet, cities and local governments are backing out of P3s and other forms of privatization in a process called “remunicipalization,” so-called because the changes occur at the municipal level. But the financial overlords are pushing trade deals that would make remunicipalization impossible. That is especially true of the little-known, secret deal called the Trade In Services Agreement (TISA), which specifically would prevent any reversals of previous privatization of public services.

Governments that sign on to TISA will only be able to maintain the current level of privatization or increase it, but not cancel it. TISA would allow multinational corporations to provide services across national borders and for profit – covering everything from finance and health services to education and water.

As I wrote in Bypassing Dystopia, Canada is one of the countries involved in negotiating this deal, which was dreamed up in 2012 by the Global Services Coalition, whose “Team TISA” members include Citigroup, JP Morgan Chase, MetLife, Prudential, Verizon, WalMart, Google, Visa, and other corporate titans intent on privatizing the world. Negotiations are currently on hold, but will likely be restarted at a more propitious time.


Instead of the CIB providing $20 million to subsidize the borrowing costs of a private consortium in this Mapleton venture, what else could have been done by the Township?

CUPE has noted that the PriceWaterhouseCoopers (PwC) business case “didn’t review all options, including the possibility of federal or provincial grants (which would not need to be repaid). Other possible sources of funding – not financing – include the Federal Gas Tax Fund, which is meant to fund exactly this type of project. There’s also cost-shared funding available through the federal Investing in Canada Plan, and the Federation of Canadian Municipalities’ Green Municipal Fund, which recently got a $1 billion boost from the federal government.” [9]

The Federal Gas Tax Fund is especially notable. As the Toronto Star reported in March 2019,

“Finance Minister Bill Morneau’s 2019 budget includes a one-time $2.2 billion transfer from the federal gas tax fund to cities and towns across the country to address ‘serious infrastructure deficits’ and the ‘short-term priorities’ of municipalities and First Nations communities. The move effectively doubles the federal government’s transfers through the gas tax fund for 2019-20 to $4.4 billion. That means a roughly $1.64 billion share for Ontario municipalities this year.” [10]


Just why the Mapleton council ignored such sources of funding has not been explained. Maybe they were simply mesmerized by the PwC’s men in suits.

We should also remember that our publicly-owned central bank, the Bank of Canada (BoC), is legislated to provide low-cost loans directly to provinces and municipalities for infrastructure. Such funding from the BoC successfully transformed Canada from 1938 to 1974, and could be utilized once again.

Instead, after the 2015 election, the Trudeau Liberals hired a banker from Bank of America Merrill Lynch to design the new Canada Infrastructure Bank, which has an entirely corporate Board of Directors.

“A First of Its Kind”


The Canada Infrastructure Bank has received some criticism lately in the mainstream media about its executive turnover and lack of transparency on matters such as CEO salaries. In defending the CIB, Ann-Clara Vaillancourt, a spokeswoman for Infrastructure Minister Francois-Philippe Champagne, told The Globe and Mail,

“This is a first of its kind organization not only in Canada, but across the globe.” [11]


Perhaps that means no other federal government has been foolish enough to subsidize corporate borrowing in order to privatize the revenue stream from publicly-owned infrastructure. According to the Mapleton model of financing, a project could still be considered “publicly owned” at the same time that the revenues go to the private contractor.

“The Liberals promised to deliver low-cost lending for municipalities, but the CIB does the opposite, by offering high-interest private financing that could cause project costs to skyrocket. The CIB supports privately financed infrastructure projects like roads, water facilities and transit that can generate revenue through user fees and tolls.” [12]


Both the Conservative Party of Canada and the federal NDP have stated that the Canada Infrastructure Bank “is a poor use of tax dollars, and they would wind it down if either were to form government after the October federal election.” [13]

The Green Party of Canada Platform states that it would “Direct the Canada Infrastructure Bank, revamped to exclude private profit in infrastructure, to invest in climate-proofing essential infrastructure, prioritizing upgrades to drinking water and waste water systems to protect against flooding, drought and contamination.” [14]

The Liberal Party has been very quiet about the Canada Infrastructure Bank during this election campaign. Maybe the rest of us should speak up, and loudly. After all, the CIB plans to spend $35 billion of our tax dollars over the next ten years to attract some $180 billion in private financing for infrastructure. So far, the CIB has spent about $3 billion on four infrastructure projects, including that $20 million for the Mapleton project. If the Liberals are re-elected with a majority, the money will be pouring out the door.

Now that we know the financial model they’ve designed for P3s, it’s not too late to pull the plug on the CIB.

Note to readers: please click the share buttons above or below. Forward this article to your email lists. Crosspost on your blog site, internet forums. etc.

Joyce Nelson is the author of seven books. She can be reached through www.joycenelson.ca

[5]”Whose Water is it, Anyway? book tour brings idea of Blue Communities across Canada,” Council of Canadians, September 25, 2019.