by John Helmer - Dancing with Bears 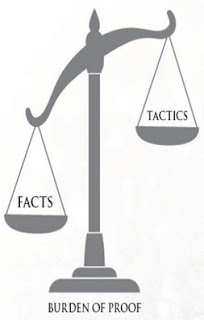 Moscow - The idea that a picture is worth a thousand words is only a century old. As old, that is, as publishing newspapers profitably has depended on selling advertisements to catch the eye of credulous readers.

Released in London yesterday, pictures of two Russians suspected of poisoning Sergei and Yulia Skripal on March 4 are advertising. If being credulous makes you uncomfortable, try applying the burden of proof as British law requires in cases of murder.

Prime Minister Theresa May’s statement to the House of Commons of September 5, setting out the case against two suspects, and the Russian government, for attempted murder by Novichok poisoning runs to 2,133 words.


Read them carefully. For the Skripal case file, click to open.


So far media reporting muddles whether charges have been formally presented in a court of law, or whether May’s announcement indicates “sufficient evidence” to do so, but stops short of the standard proceeding in murder cases. The Prime Minister acknowledged that no application to a court will be made to ratify an extradition request. This, she said, is because “Russia has repeatedly refused to allow its nationals to stand trial overseas, citing a bar on extradition in its constitution. So, as we found following the murder of Alexander Litvinenko, any formal extradition request in this case would be futile.”

In May’s statement to the Commons, she said the government’s “forensic investigation has now produced sufficient evidence for the independent [sic] Director of Public Prosecutions to bring charges against two Russian nationals.” She meant there is no formal charge proceeding, not yet. May added subjunctively: “were these two suspects within our jurisdiction there would be a clear basis in law for their arrest for murder.” Again, she meant there is no legal proceeding before a British court or judge. Left: PM Theresa May making her prosecution statement in parliament on September 5.
Right: Alison Saunders, currently UK Director of Public Prosecutions, who will leave office to join a commercial law firm next month. The post is appointed by the Attorney-General, a government minister subordinate to the prime minister.

The only legal proceedings the Prime Minister mentioned are administrative, outside court or the review of the evidence by a judge or magistrate. “With respect to the two individuals, as the Crown Prosecution Service and Police announced earlier today, we have obtained a European Arrest Warrant and will shortly issue an Interpol red notice.”

A European Arrest Warrant (EAW) can be issued in the UK, not by a court, judge or magistrate, but by a prosecutor. It is thus an administrative operation, without a judicial test of lawfulness. Here’s the explanation of the British procedure. Once the EAW was issued administratively, as the Prime Minister told parliament, the application to Interpol for a red notice on the names should follow, also adminstratively. But this has not happened yet. Try entering the names of the suspect aliases, Alexander Petrov and Ruslan Boshirov, into the Interpol Red Notice search archive, and the result is zero records. Note that the Prime Minister identified the names of the two suspects as aliases. She added that the “two individuals named by the police and CPS [Crown Prosecution Service] are officers from the Russian military intelligence service, also known as the GRU.” The Financial Times has reported that “police have known the real identities of Petrov and Boshirov for some time, according to Whitehall officials, but decided to wait because they believed there was a slim possibility they might travel outside of Russia, presenting a possible opportunity to arrest them.” Why aliases have been announced now instead of real names, while warrants have been issued with both, has not been explained.

So far then, what has been presented in public is a case built on secret administrative processes and secret warrants signed by a prosecutor. The Prime Minister has provided one interpretation of the evidence. This may be the correct one. The burden of proof in criminal cases is on the Crown; so far the Prime Minister has avoided it.

The judicial test, if there ever will be one, would require the police and prosecutors to answer questions about the reasonableness of their evidence. The standard required in British law for conviction of the criminal offences alleged in this case is proof beyond reasonable doubt. The lesser standard of proof for civil litigation is the preponderance of the evidence or the balance of probabilities.

If the case presented in parliament yesterday had been presented to a judge, the looser standard might have sufficed for the issue of the warrant. The stricter standard would be required for a trial and conviction. The procedure adopted so far has avoided both standards and substituted advertising and public relations.

The Prime Minister’s statement of the allegations claims the poison was administered to the handle of the front-door of the Skripals’ house. Why then were the door and its handle, the crucial pieces of evidence for the alleged attack — highly contaminated ones at that — never sealed nor removed from the house, but allowed to remain open, visible and potentially poisonous to all throughout the investigation? The Prime Minister said the evidence is that the poison was contained in a “small glass counterfeit perfume bottle”. This was brought into the country, she added, but not in the luggage of Yulia Skripal, who arrived from Moscow on Saturday, March 3, the day after the suspects. According to May, “the manner in which the bottle was modified leaves no doubt it was a cover for smuggling the weapon into the country, and for the delivery method for the attack against the Skripals’ front door.” The suspects paid a brief visit to Salisbury on Saturday March 3. The police describe this as “reconnaissance”. Nothing of consequence is reported to have happened, and no evidence has been released that the suspects approached the Skripal house during the Saturday visit. The next day, Sunday March 4, the suspects reportedly got off the train from London to Salisbury at 11:48. Ten minutes later, CCTV footage shows they were near the Skripal home. That was at 11:58. Prime Minister May has reported “the police say [this] was moments before the attack.” At that time the Skripals appear to have been at home; they have been reported by the Metropolitan Police as having driven to the Salisbury cemetery early that morning to visit the graves of Sergei Skripal’s wife and son, Yulia’s mother and brother. They then returned home from the cemetery. The new evidence from the Prime Minister puts them inside the house when the two suspects allegedly approached, and when at least one of them went up to the front door to make his alleged attack on the slim metal lever of the door handle.

Roughly an hour then elapsed, with the Skripals inside the house and the suspects much further away, out of sight, on foot, but not heading in a direct line towards the railway station.

According to the police timeline of the Skripals’ movements, announced by the police on March 17, just before 13:30 Sergei and Yulia Skripal left home, closing and locking their front door; got into their car; and drove towards the Salisbury city centre. By then the Skripals had either touched the door handle one after the other, or touched each other after one of them had touched the handle. The evidence of their behaviour at the car park, restaurant and pub indicate no symptoms of poisoning. The symptoms were not detected until 16:15 – approximately three hours after they and the door handle parted company. How the class of fast-acting poisons identified by the Prime Minister and prosecutors can have acted so slowly has not been made clear in the evidence.

The Skripals parked their car at the Sainsbury’s supermarket carpark at 13:40. The suspects entered the railway station at 13:50. No attempt appears to have been made by the alleged assassins to verify the outcome of their attack on their alleged targets. While the Skripals were drinking and eating, the suspects headed for London, and then for Heathrow Airport where they waited three hours for takeoff.

Noone has yet suggested that the suspects may have been known to Sergei Skripal and that he may have met with them inside the home or in the vicinity outside. The Prime Minister’s presentation to the Commons, and all official and media accounts published to date, ignore the possibility that Sergei Skripal was himself engaged in the operation involving the two Russians. It is known already that Skripal was planning a meeting with others soon after his restaurant dinner, and that he was anxious and angry that the slowness of the restaurant service might have made him late for the rendezvous.

It appears from May’s statement and the press reporting which has followed her that Skripal himself, a veteran of GRU, the same military intelligence organization to which the suspects allegedly belong, has not provided witness evidence for his knowledge of who the two men were or what the motive for the operation was.
Posted by Gorilla Radio Blog at Thursday, September 06, 2018 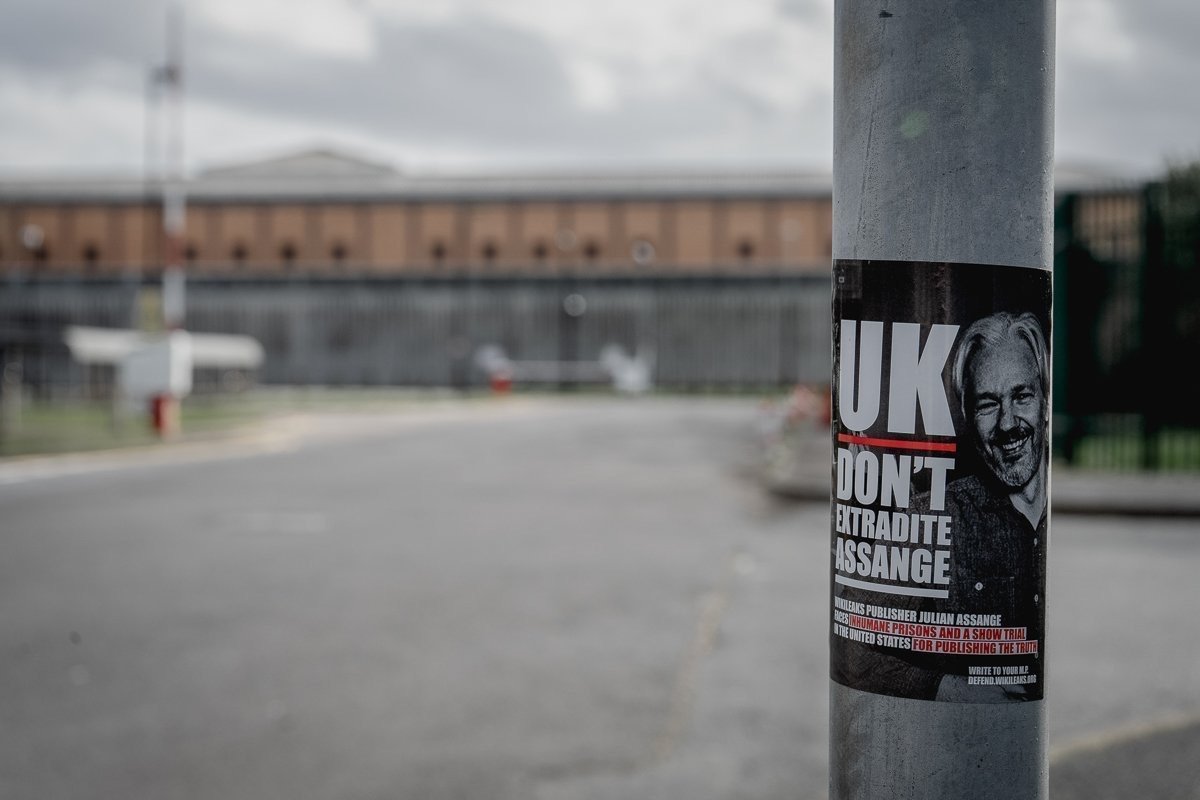