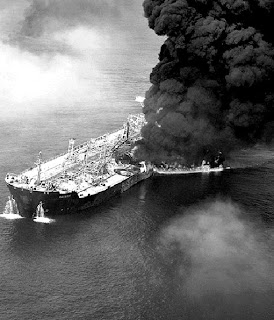 A letter from Enbridge Northern Gateway Pipeline (Feb. 7) suggests that supertankers carrying crude oil through the Douglas Channel would be business as usual

To the editor of the Victoria Times-Colonist
Re: "Tankers won't be travelling Inside Passage route," letter,
Feb. 7.

Steven Greenaway, writing on behalf of the Enbridge Northern Gateway Pipeline, uses an old-school propaganda trick to side-track concern about the giant supertanker traffic-jam that Enbridge envisions for the crystal clear fiords of the Central Coast.

Greenaway tosses out a confusing red herring, as though the chosen access route for hundreds of tankers was the issue here.

Of course it makes no difference to the 80 per cent of British Columbians who oppose super-tanker traffic off our coast, whether through the Inside Passage, or via Principe Channel, Caamano Sound or Douglas Channel.

British Columbians are very clear. We will not accept oil tanker activity in our coastal waters, no matter which route. Scientific consensus demands that we take action to drastically reduce greenhouse emissions. We are in a global ecological emergency and must not burn more dirty oil. And we don't want the inevitable Exxon-sized oil slick here.

People on the Central Coast are gearing up for the battle of our lives to oppose the Enbridge Gateway mega-project. We love our coast and will defend it, especially from giant corporations who try to hoodwink the public by tossing out red herrings.