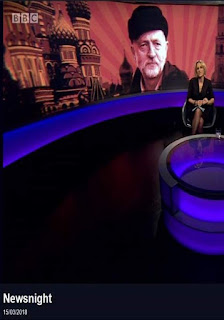 While harshly condemning the Salisbury nerve agent attack, the Labour Party's leftist leader requested evidence that the Russian government carried it out. A deluge of smears followed. The leftist leader of Britain’s opposition Labour Party is under attack, simply because he calmly called for an investigation in line with international law.

On March 4, a former Russian spy who had been a double agent for the British government was found unconscious in Salisbury, England. Sergei Skripal and his daughter Yulia had reportedly been poisoned, and were hospitalized in critical condition.

A week later, the United Kingdom’s Conservative Prime Minister Theresa May claimed the Russian-made nerve agent Novichok had been used in the attack.

JEREMY CORBYN: The attack in Salisbury was an appalling act of violence. Nerve agents are abominable if used in any war. It is utterly reckless to use them in a civilian environment.