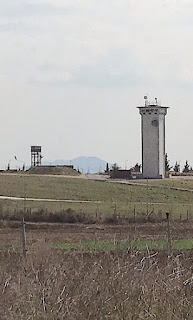 People in the Middle East are joking, cynically: “From Incirlik, Turkey to Al-Azraq, Jordan with love.”

That is, if they pay any attention to the movement of NATO troops in this part of the world.

At least one substantial part of an incredibly deadly and aggressive force has been gradually relocated, from an ‘uncertain’ and according to the West suddenly ‘unreliable’ country (Turkey), to the impoverished but obedient Kingdom of Jordan.


It is now clear that NATO is not sure, metaphorically speaking, which direction is Turkey going to fly in, and where it may eventually land. It is panicking and searching, ‘just in case’, for an exit strategy; almost for an escape plan from the most important regional power. 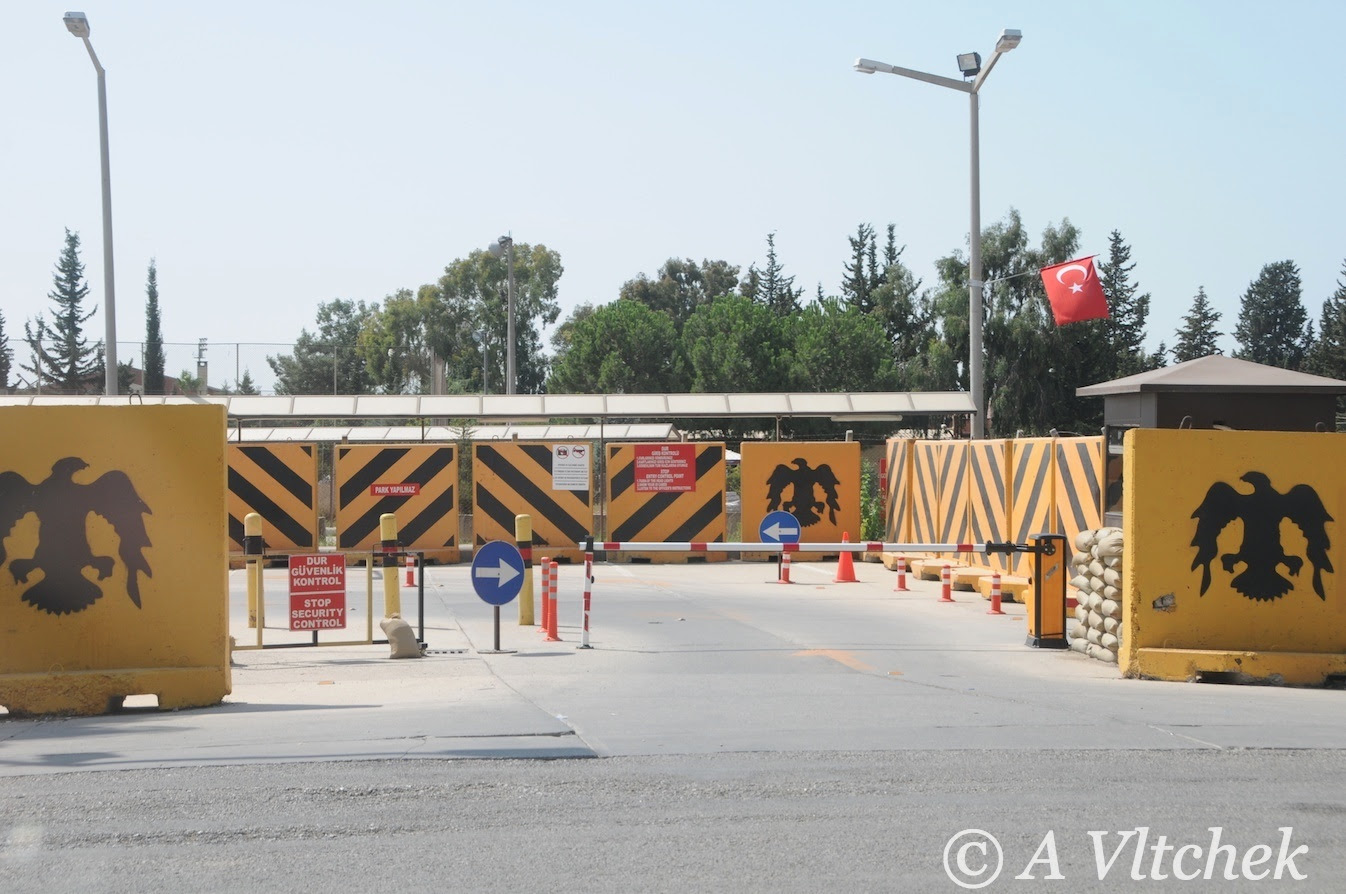 Is the West really losing Turkey? Nobody knows. Most likely, nobody in Ankara is sure, either, including Mr. Erdogan.

But what if … What if Erdogan moves closer to Russia, even to China? What if Turkey’s relationship with Iran improves? What if Ankara has finally gotten tired of being humiliated, for years and decades, by the European Union? And what if it does not want to follow Washington’s diktat, anymore?

These ‘nightmarish’ scenarios are most likely turning many apparatchiks in Brussels, Washington and London, into insomniacs.

NATO does not want to leave anything to chance. If not Turkey, then where? Where should all those nukes, fighter jets, bombers and ‘Western military advisors’ go?

Incirlik, a giant air base located right on the outskirts of the Turkish city of Adana used to just be the perfect place. Incirlik has been, for many years, the most important and lethal air force base in the Middle East, from which the West has been intimidating and directly attacking various targets in the region, and where, as many Turkish experts believe, numerous extremist jihadi cadres operating in Syria and elsewhere, have been receiving their training.

Anything the West wants to bomb, be it in Syria, Iraq, or potentially Iran, Lebanon, Yemen or even Afghanistan, Incirlik is there, with perfect infrastructure and a ‘fantastic’ geographical location. For NATO, a dream-come-true place, really! But only until recently; until Mr. Erdogan’s era, until the 2016 failed coup, and the consequent, incomprehensible, but real ‘Turkish rebellion’.

Suddenly, Turkey is ‘not trusted anymore’; at least not in the Western capitals.

That is perhaps very good for Turkey and its future, but definitely not for NATO.

So where to move Incirlik, really?


The Kingdom of Jordan seems to be the best candidate. Conveniently, it is greatly impoverished, and it has been historically submissive to its Western handlers. It is essentially dependent on foreign, mainly Western, aid and would do just about anything to please the rulers in Washington, London or Berlin.

Most importantly for the West, Amman is sufficiently oppressive, lacking any substantial opposition. If dissent gets too vocal, its members get kidnapped and tortured.

Therefore, it is natural that both Europeans and North Americans feel safe and at home here. In 2017, the German Wermacht moved its soldiers, pilots and Tornados, more than 200 people and dozens of airplanes in total, to Al-Azraq base, which is located only some 30 kilometers from the border with Saudi Arabia, and a similar distance from Syria. Iraq is just 200 kilometers away.

It is obvious that Angela Merkel and Recep Erdogan feel a certain (some would say ‘great’) distaste for each other. It is also a well-known fact that NATO countries like to work closely with oppressive, market-oriented and obedient countries.


Even the official German television network, Deutsche Welle (DW), displayed clear cynicism towards the move, although it expressed, simultaneously, true understanding of the situation:

“King Abdullah II is a leader very much to the West’s liking. In contrast to the princes in the Arabian Peninsula, he is usually dressed in a dark suit. He received a military education in Britain and studied in Oxford and Washington. Under his leadership, Jordan has reliably positioned itself in line with Western politics in all major Middle East conflicts.”


And this won’t change, according to Udo Steinbach, who was in charge of the Hamburg-based German Orient Institute for many years.

“Jordan is a poor country, and without Western aid, it wouldn’t be able to survive at all.” 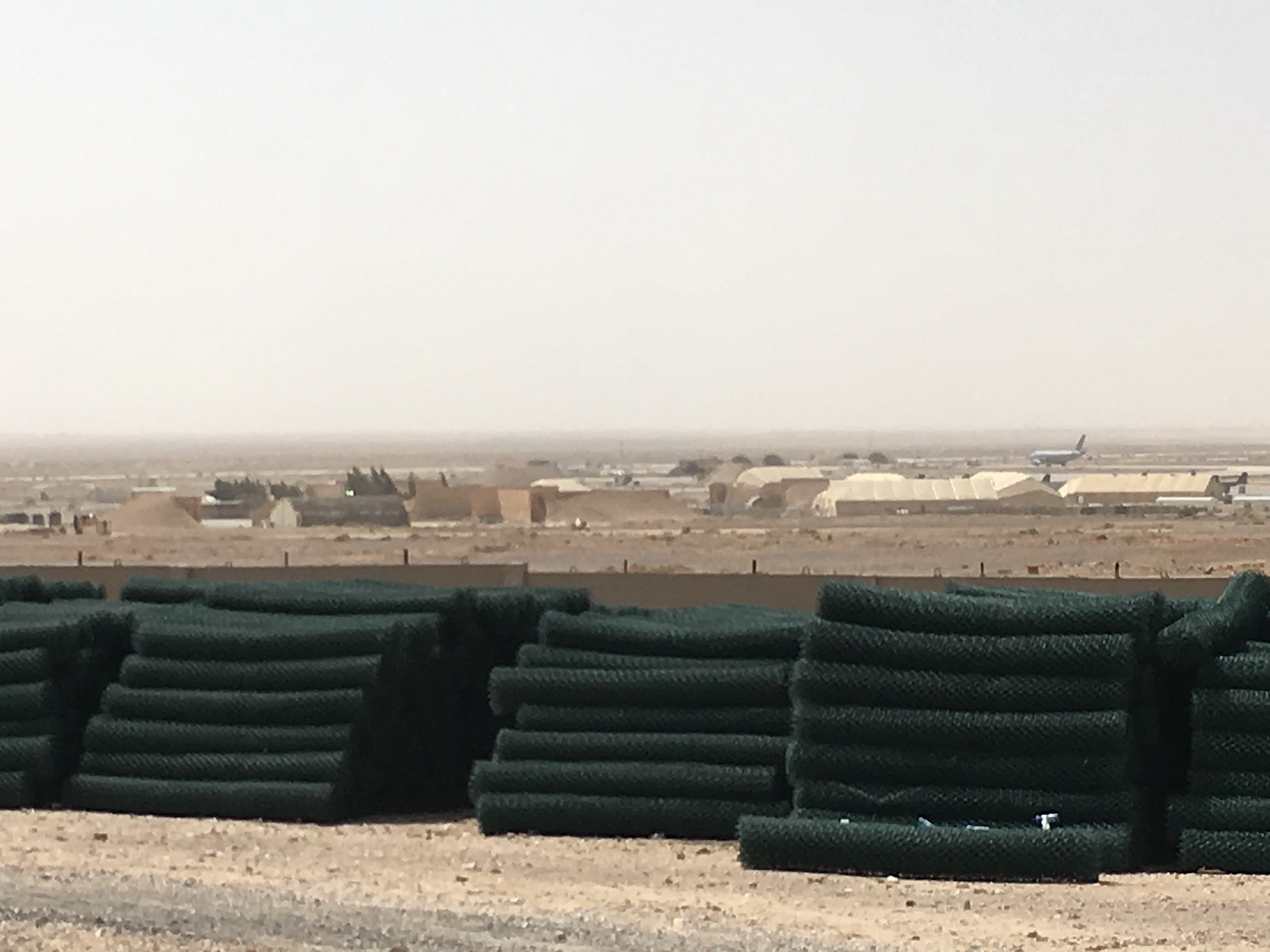 NATO has been already using Muwaffaq Salti airbase near Al-Azraq, for years, mainly to illegally bomb numerous targets located on the Syrian soil.

In Brussels, Al-Azraq is truly a ‘household name’, as it has been used by both NATO and the EU air forces, concretely by the Belgians (2014-2015), and now both Dutch and Germans. The US air forces were operating from here already for several years.

The base is situated in yet another gloomy part of the Middle East; economically depressed, with countless small businesses and factories that have been closing down and now rusting and rotting, and with the almost totally drained-out Azraq Wetlands Reserve – an oasis once renowned as a ‘migratory birds’ sanctuary’.

The oasis used to extend almost all the way to the border with Saudi Arabia. Now most of the territory of the ‘reserve’ is dry. Not many birds would fly here, anyway, as they’d be confronted with the deafening roar of airplane engines and the engine-testing facilities, not unlike those that I witnessed in Okinawa. 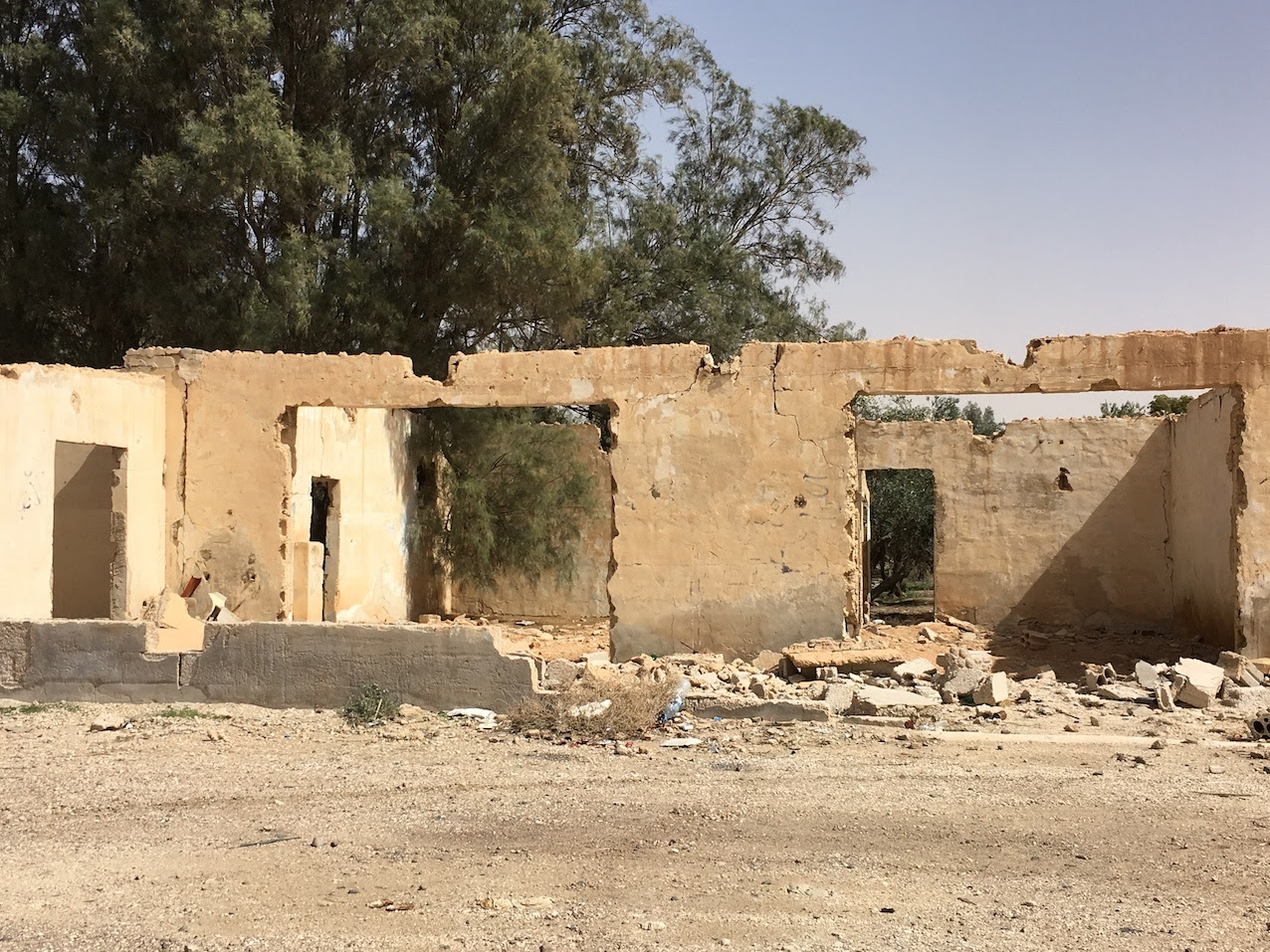 The people who come to this corner of Jordan are mostly ‘adventurous’ Western tourists, ready to ‘explore’ the nearby castle which was once used as a base by the glorified sinister British intelligence agent, Thomas Edward Lawrence, otherwise known as “Lawrence of Arabia”. They also come to visit ‘wildlife reserves’ and several smaller archeological sites.

Ms. Alia, who works at the artisan center of Al-Azraq Lodge, confessed:


“Sometimes we are very scared here… It is because our place is sitting right next to perimeter of the air force base, while it is also serving as a hotel for foreign tourists. There are many reasons why someone could consider attacking this place…”


But is this really a ‘tourist’ inn, I ask, after observing numerous hangars and military planes from the parking lot, at the back of the structure. She hesitates for a few moments, but then replies:

“Originally this used to be an eco-lodge, but now the bookings are mainly from the base. Both Americans and Germans are staying here; while couple of years ago it was Belgians. Officers sometimes live here for one entire month – you know: training, meetings… They work inside the base, but sleep at our place.”


There is a “US Aid” sign screwed into the wall near the entrance to the inn. And there are countless black and white historical photos of the area, decorating the walls, as well as a figurine of a soldier wearing an old British colonial uniform. 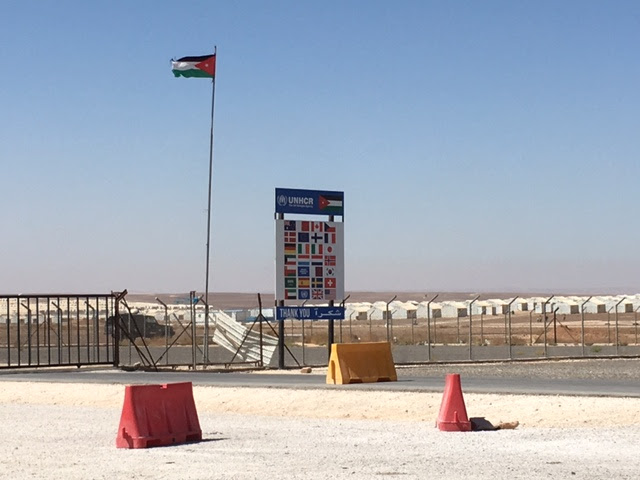 Azraq town is dusty and half-empty. It is surrounded by the brutally dry desert. There are countless ruins of houses and services lining up along the main road. Some people live in misery, in torn up tents.

I stopped near a cluster of humble dwellings. An old woman wearing a black dress waved a cane at me, threateningly.

An old-looking man approached the car. He extended his hand towards me. It was wrinkled and hard. I shook it. I had no idea how old he was; most likely not too old, but he looked tired and dejected.


“Is this base,” I waved my hand, abstractly, towards the walls: “Is it helping the town, at least a little bit?”


The man stared at me for several seconds. Then he mumbled:


My driver and interpreter, who used to be a salesman only several years ago, before hitting hard times, commented, as we were slowly departing from Al-Azraq:

“It is very bad here! The situation is tragic. West Amman and this – as if two different universes would exist on a territory of one single country. Such a contrast! Well, you can see it yourself.”

I asked him, whether Jordanian people would mind having this deadly air force base expanding into their area, in their country? After all, the only purpose of it is to brutalize fellow Arab nations, while killing countless innocent human beings.

He shrugged his shoulders:

“They don’t care. Most of the people here don’t think about such things. They want to be able to eat, to get by. Government convinced them, that collaborating with the West could improve their standard of living. It’s all they think about. Our leaders, in the Gulf and here, are corrupt, and people are humiliated; they don’t see any bright future here, or any way out from the present situation…”


Around 70 kilometers towards the capital, Amman, we slow down, as we are passing several checkpoints and a concrete fence, which looks similar to those built by the West in Afghanistan. The driver wants me to know:

“Look, this is where they have been training the so-called Syrian opposition, for years.” 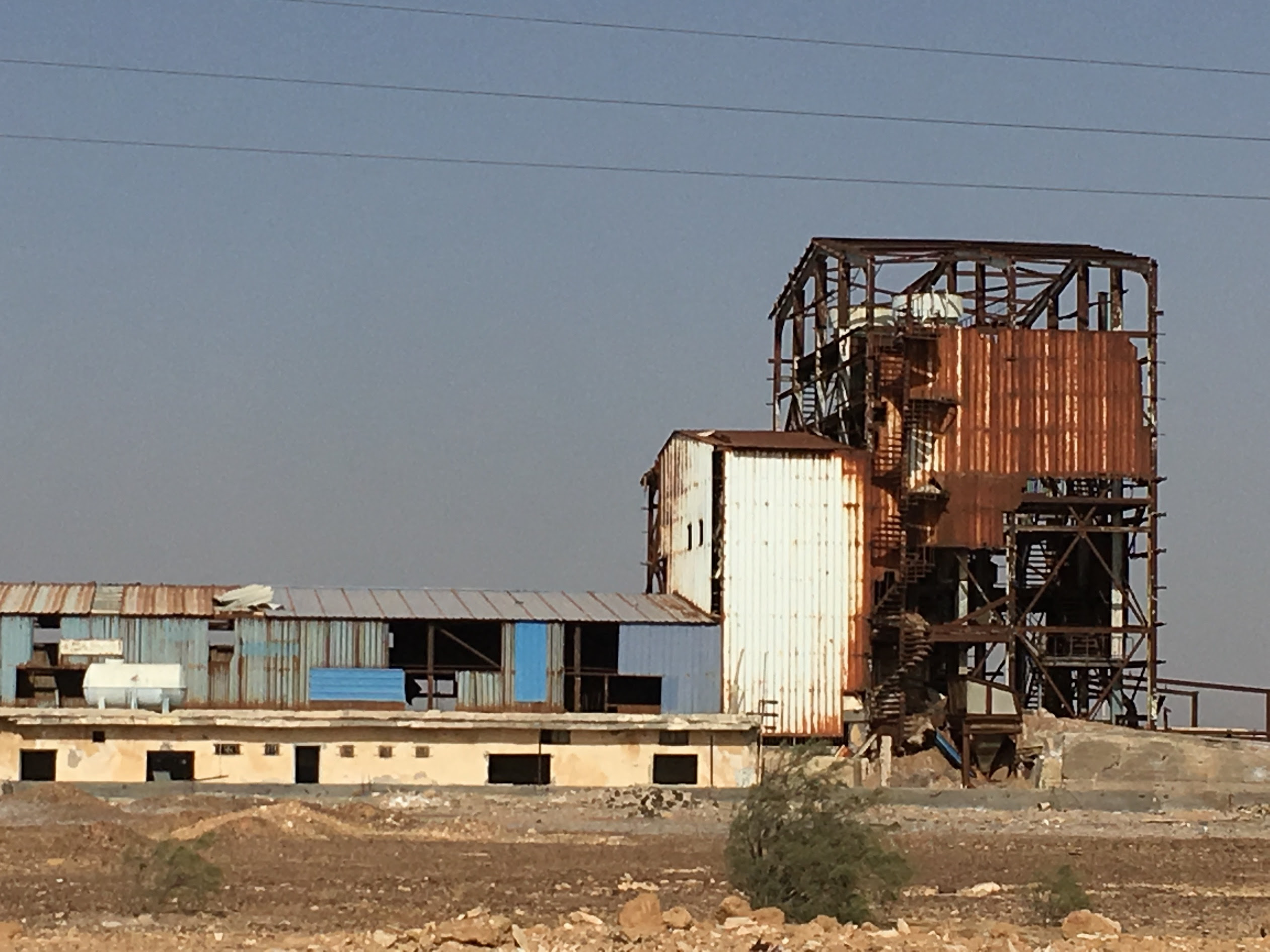 Around Azraq base. (Photo: Andre Vltchek)

Back in Amman, I met several friends, mainly foreigners, who have been working here.


“There are already numerous Western air force bases operating in Jordan,” one of them said. “This topic is not discussed here, openly. Right or wrong, it does not matter. Nobody cares. The spine of this part of the world has been already broken.”


Al-Azraq is not only a large air force base. It is also a place synonymous with one of the major refugee camps in the Middle East. It is a new camp, built in the middle of the desert, designed to accommodate mainly Syrian people fleeing the war.

In 2016 and 2017 I worked here, or more precisely, I tried to work, before being chased away by aggressive local security forces.

Refugee crises, the Western military bases, foreign aid and tourism, these are the main sources of income for the Kingdom of Jordan.

In a sinister, surreal way, everything here comes around in a big circle, ‘makes perverse sense’: ‘Entire countries are being flattened from the military bases, which Jordan is willing to host on its territory; of course, for a hefty fee. Consequently, hundreds of thousands of desperate refugees would continue to flood to this ‘island of stability in the Middle East’, bringing further tens, even hundreds of millions of dollars in foreign aid into the coffers of Amman.’ No industry, production, or hard work is really needed.

Could this arrangement be defined as ‘immoral’? ‘And does it really matter?’ I was told on several occasions, during this as well as during my previous visits to the Kingdom of Jordan, that ‘nobody cares’. Almost all ideology, together with the spirit of solidarity and internationalism, has already been destroyed by the Western-sponsored education and media indoctrination programs and campaigns, camouflaged as ‘help’ and ‘aid’.

I say ‘almost’, because now, a flicker of hope is once again emerging. Not everything is lost, yet. A neighboring country – Syria – is still standing. It has fought and lost hundreds of thousands of its people, but it has almost managed to defeat the brutal Western intervention. This could be the most important moment in modern Arab history.

The huge NATO air force base is slowly moving from Turkey to Jordan.

The West has already lost Syria. It may be also losing Turkey. Who knows: one day even Jordan might wake up. Some say: the ‘Domino effect has begun.’

Andre Vltchek is a philosopher, novelist, filmmaker and investigative journalist. He has covered wars and conflicts in dozens of countries. Three of his latest books are his tribute to “The Great October Socialist Revolution” a revolutionary novel “Aurora” and a bestselling work of political non-fiction: “Exposing Lies Of The Empire”. View his other books here. Watch Rwanda Gambit, his groundbreaking documentary about Rwanda and DRCongo and his film/dialogue with Noam Chomsky “On Western Terrorism”. Vltchek presently resides in East Asia and the Middle East, and continues to work around the world. He can be reached through his website and his Twitter.