US Iran Policy:
Newton's Law of Threat and Response At Work

According to a report by the Associated Press, U.S. officials are "concerned" that Iran is reportedly buying and stockpiling high-tech small arms weapons as well as heavier equipment such as tanks, cruise missiles, etc. - Dave Lindorff 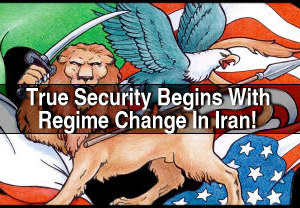 
Way down in the piece it mentions that the U.S. continues to leave open the possibility, raised by President Bush himself, of attacking Iran over its alleged efforts to produce enriched uranium which could be used to make nuclear weapons.


Now, if you go around threatening to invade a nation--especially a nation where you already have a record of having overthrown one government and of having sent in an airborne assault force--and especially if you have just invaded another country, one that is a neighbor of the nation you are now threatening--shouldn't you expect that that nation will be preparing for your attack?


A government that did not take steps to prepare for such a threatened invasion would be derelict in the extreme. Which should have us citizens in the U.S. asking questions about just what the hell our own belligerent government is trying to do here.

Arguably, the reason Iran is working at providing itself with a nuclear capability is precisely because it feels threatened by the U.S., and has noticed that those countries that have nuclear weapons--Israel, Russia, India, Pakistan, China, and North Korea--seem to get treated a lot better by the U.S. than countries like Syria, Iraq and Vietnam, which don't.


As well, arguably Iran could see making trouble on the sly in neighboring Iraq, where the entire U.S. military is now tied down battling a growing insurgency, as its best insurance against being invaded or attacked, since as long as the U.S. is so over-extended there, it would be unlikely to start yet another war with a much larger and more politically unified nation.


If the goal of the U.S. were to enhance the security of the Middle East region, to stabilize and rebuild Iraq, and to enhance the safety of Americans and of American interests, one would think it would be trying to reach some kind of modus vivendi with Iran, as it has done with China and Russia, so as to lesson the perceived need of the Iranians to enhance their military capabilities and screw with Iraq.

That, however, is not what the U.S. is doing. Instead it is blustering, making threats, and acting outraged at efforts made by Iran to protect itself, all of which can only have the effect of making the Iranians even more nervous and anxious to prepare for the worst.

http://www.internetayatollah.nl/
ayatollah.jpg
One would almost think that the U.S. was trying to provoke Iran.

Whatever the neo-con lunatics are thinking over there in the White House basement, the Pentagon and the State Department with regard to Iran, they are certainly operating on a huge double standard.


Here at home, we're told that we need to consider voiding the nuclear test-ban treaty so our scientists can develop new theater nuclear weapons, like bunker-busting mini-nukes. We're told that we should be developing space-based weapons systems that could destroy armies from space without warning. We're told that we should spend billions developing robot warriors so that we can go off into the Third World killing at will without having to sacrifice our own soldiers. But when China, which spends less on its entire military than the U.S. spends on a single weapon system, increases its military spending, the American government starts screaming bloody murder.

We offer almost state-of-the-art F-16 fighter-bombers, capable of delivering nuclear bombs, to Pakistan, a military dictatorship that has the bomb and that is in a simmering, decades-long border conflict with its nuclear neighbor India--an incredibly dangerous provocation--and then cry foul when Ukraine sells a few cruise missiles to Iraq, which doesn't even have nukes at this point.


It wouldn't be so bad if the U.S. media would at least point out the hypocrisy of all this, but that's not what happens. All we get are the reports of alleged bad, threatening behavior by other countries, not the astonishing provocations of our own regime.