Fallujah: A Modern Monument to Brutality

Ruined, cordoned Falluja is emerging as
the decade's monument to brutality

04/27/05 "The Guardian" - -Robert Zoellick is the archetypal US government insider, a man with a brilliant technical mind but zero experience of any coalface or war front. Sliding effortlessly between ivy league academia, the US treasury and corporate boardrooms (including an advisory post with the scandalous Enron), his latest position is the number-two slot at the state department.

Yet this ultimate "man of the suites" did something earlier this month that put the prime minister and the foreign secretary to shame. On their numerous visits to Iraq, neither has ever dared to go outside the heavily fortified green zones of Baghdad and Basra to see life as Iraqis have to live it. They come home after photo opportunities, briefings and pep talks with British troops and claim to know what is going on in the country they invaded, when in fact they have seen almost nothing.

Zoellick, by contrast, on his first trip to Iraq, asked to see Falluja. Remember Falluja? A city of some 300,000, which was alleged to be the stronghold of armed resistance to the occupation.
Two US attempts were made to destroy this symbol of defiance last year. The first, in April, fizzled out after Iraqi politicians, including many who supported the invasion of their country, condemned the use of air strikes to terrorise an entire city. The Americans called off the attack, but not before hundreds of families had fled and more than 600 people had been killed.

Six months later the Americans tried again. This time Washington's allies had been talked to in advance. Consistent US propaganda about the presence in Falluja of a top al-Qaida figure, Abu Musab al-Zarqawi, was used to create a climate of acquiescence in the US-appointed Iraqi government. Shia leaders were told that bringing Falluja under control was the only way to prevent a Sunni-inspired civil war.

Blair was invited to share responsibility by sending British troops to block escape routes from Falluja and prevent supplies entering once the siege began.

Warnings of the onslaught prompted the vast majority of Falluja's 300,000 people to flee. The city was then declared a free-fire zone on the grounds that the only people left behind must be "terrorists".

Three weeks after the attack was launched last November, the Americans claimed victory. They say they killed about 1,300 people; one week into the siege, a BBC reporter put the unofficial death toll at 2,000. But details of what happened and who the dead were remain obscure. Were many unarmed civilians, as Baghdad-based human rights groups report? Even if they were trying to defend their homes by fighting the Americans, does that make them "terrorists"?

Journalists "embedded" with US forces filmed atrocities, including the killing of a wounded prisoner, but no reporter could get anything like a full picture. Since the siege ended, tight US restric tions - as well as the danger of hostage-taking that prevents reporters from travelling in most parts of Iraq - have put the devastated city virtually off limits.

In this context Zoellick's trip, which was covered by a small group of US journalists, was illuminating. The deputy secretary of state had to travel to this "liberated" city in a Black Hawk helicopter flying low over palm trees to avoid being shot down. He wore a flak jacket under his suit even though Falluja's streets were largely deserted. His convoy of eight armoured vehicles went "so quickly past an open-air bakery reopened with a US-provided micro-loan that workers tossing dough could be glanced only in the blink of an eye," as the Washington Post reported. "Blasted husks of buildings still line block after block," the journalist added. 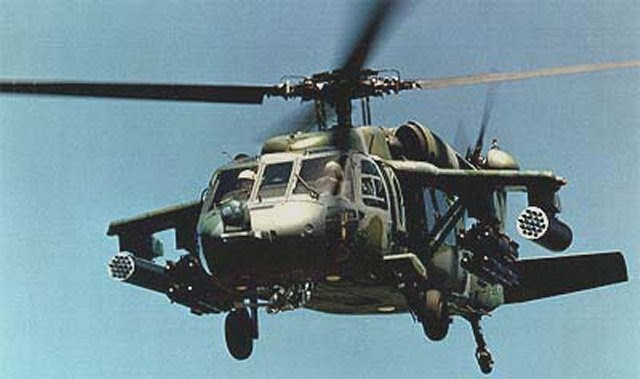 Meeting hand-picked Iraqis in a US base, Zoellick was bombarded with complaints about the pace of US reconstruction aid and frequent intimidation of citizens by American soldiers. Although a state department factsheet claimed 95% of residents had water in their homes, Falluja's mayor said it was contaminated by sewage and unsafe.

Other glimpses of life in Falluja come from Dr Hafid al-Dulaimi, head of the city's compensation commission, who reports that 36,000 homes were destroyed in the US onslaught, along with 8,400 shops. Sixty nurseries and schools were ruined, along with 65 mosques and religious sanctuaries.

Daud Salman, an Iraqi journalist with the Institute for War and Peace Reporting, on a visit to Falluja two weeks ago, found that only a quarter of the city's residents had gone back. Thousands remain in tents on the outskirts. The Iraqi Red Crescent finds it hard to go in to help the sick because of the US cordon around the city.

Burhan Fasa'a, a cameraman for the Lebanese Broadcasting Company, reported during the siege that dead family members were buried in their gardens because people could not leave their homes. Refugees told one of us that civilians carrying white flags were gunned down by American soldiers. Corpses were tied to US tanks and paraded around like trophies.

Justin Alexander, a volunteer for Christian Peacemaker Teams, recently found hundreds living in tents in the grounds of their homes, or in a single patched-up room. A strict system of identity cards blocks access to anyone whose papers give a birthplace outside Falluja, so long-term residents born elsewhere cannot go home. "Fallujans feel the remnants of their city have been turned into a giant prison," he reports.

Many complain that soldiers of the Iraqi national guard, the fledgling new army, loot shops during the night-time curfew and detain people in order to take a bribe for their release. They are suspected of being members of the Badr Brigade, a Shia militia that wants revenge against Sunnis.

One thing is certain: the attack on Falluja has done nothing to still the insurgency against the US-British occupation nor produced the death of al-Zarqawi - any more than the invasion of Afghanistan achieved the capture or death of Osama bin Laden. Thousands of bereaved and homeless Falluja families have a new reason to hate the US and its allies.

At least Zoellick went to see. He gave no hint of the impression that the trip left him with, but is too smart not to have understood something of the reality. The lesson ought not to be lost on Blair and Straw. Every time the prime minister claims it is time to "move on" from the issue of the war's legality and rejoice at Iraq's transformation since Saddam Hussein was toppled, the answer must be: "Remember Falluja." When the foreign secretary next visits Iraq, he should put on a flak jacket and tour the city that Britain had a share in destroying.

The government keeps hoping Iraq will go away as an election issue. It stubbornly refuses to do so. Voters are not only angry that the war was illegal, illegitimate and unnecessary. The treatment inflicted on Iraqis since the invasion by the US and Britain is equally important.

In the 1930s the Spanish city of Guernica became a symbol of wanton murder and destruction. In the 1990s Grozny was cruelly flattened by the Russians; it still lies in ruins. This decade's unforgettable monument to brutality and overkill is Falluja, a text-book case of how not to handle an insurgency, and a reminder that unpopular occupations will always degenerate into desperation and atrocity.