Of Dogs and War Crimes: The Paul Henss Case 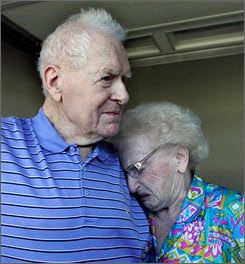 National Public Radio has been spending much news time on Darfur in Western Sudan where a great deal of human suffering and death are occurring. The military conflict has been brought on in part by climate change, according to UN Secretary General Ban Ki-moon. Drought is forcing nomads in search of water into areas occupied by other claimants. No doubt the conflict is tribal and racial as well. The entire catastrophe is overseen by a government with few resources other than bullets.

I have no sympathy for people who make others suffer. Nevertheless, I wonder at the International Criminal Court’s pick from the assortment of war criminals? Why al-Bashir?

Is it because Sudan is a powerless state, and the International Criminal Court hasn’t the courage to name George W. Bush and Tony Blair as war criminals?

Bush and Blair’s crimes against humanity in Iraq and Afghanistan dwarf, at least in the number of deaths and displaced persons, the terrible situation in Darfur. The highest estimate of Darfur casualties is 400,000, one-third the number of Iraqis who have died as a result of Bush’s invasion. Moreover, the conflict in the Sudan is an internal one, whereas Bush illegally invaded two foreign countries, war crimes under the Nuremberg Standard. Bush’s war crimes were enabled by the political leaders of the UK, Spain, Canada, and Australia. The leaders of every member of the “coalition of the willing to commit war crimes” are candidates for the dock.

But of course the Great Moral West does not commit war crimes. War crimes are charges fobbed off on people demonized by the Western media, such as the Serbian Milosovic and the Sudanese al-Bashir.

Every week the Israeli government evicts Palestinians from their homes, steals their land, and kills Palestinian women and children. These crimes against humanity have been going on for decades. Except for a few Israeli human rights organizations, no one complains about it. Palestinians are defined as “terrorists,” and “terrorists” can be treated inhumanely without complaint.

Iraqis and Afghans suffer the same fate. Iraqis who resist US occupation of their country are “terrorists.” Taliban is a demonized name. Every Afghan killed--even those attending wedding parties--is claimed to be Taliban by the US military. Iraqis and Afghans can be murdered at will by American and NATO troops without anyone raising human rights issues.

The International Criminal Court is a bureaucracy. It has a budget, and it needs to do something to justify its budget. Lacking teeth and courage, it goes after the petty war criminals and leaves the big ones alone.

Don’t get me wrong. I’m for holding all governments accountable for their criminal actions. It is the hypocrisy to which I object. The West gives itself and Israel a pass while damning everyone else. Even human rights groups fall into the trap. Rights activists don’t see the buffoonery in their complaint that President Bush, who has violated more human rights than any person alive, is letting China off the hook for human rights abuses by attending the Olympics hosted by China.

President Bush claims that the enormous destruction and death he has brought to Iraq and Afghanistan are necessary in order for Americans to be safe. If we are accepting excuses this feeble, Milosovic passed muster with his excuse that as the head of state he was obliged to try to preserve the state’s territorial integrity. Is al-Bashir supposed to accept secession in the Sudan, something that Lincoln would not accept from the Confederacy? How long would al-Bashir last if he partitioned Sudan?

Last October the Atlanta Journal-Constitution had a photo on its front page above the fold of an elderly man with mikes shoved in his face. Paul Henss, 85 years old, is being deported from the US, where he has lived for 53 years, because Eli Rosenbaum, director the the US State Department’s Nazi-hunting bureaucracy, declared him a war criminal for training guard dogs used at German concentration camps. Henss was 22 years old when World War II ended.

A kid who trained guard dogs is being deported as a war criminal, but the head of state who launched two wars of naked aggression, resulting in the deaths of more than 1.2 million people, and who has the entire world on edge awaiting his third war of aggression, this time against Iran, is received respectfully by foreign governments. Corporations and trade associations will pay him $100,000 per speech when he leaves office. He will make millions of dollars more from memoirs written by a ghostwriter.

Does no one see the paradox of deporting Henss while leaving the war criminal in the White House?


Paul Craig Roberts was Assistant Secretary of the Treasury in the Reagan administration. He was Associate Editor of the Wall Street Journal editorial page and Contributing Editor of National Review. He is coauthor of The Tyranny of Good Intentions.He can be reached at: paulcraigroberts@yahoo.com