[Special thanks to Before It’s News investigative reporter Alexander Higgins for getting this to us today, along with other important breaking info surrounding this Boston Bombing public disaster event…]


As reported exclusively on Before It’s News, the FBI surveillance video is in fact a digitally manipulated slideshow of still photos and not an actual video.

This is evidenced by the existence of ghost images appearing in between still photos in the so-called video as a transition effect is applied during the fade between frames.

As many in the alternative media have already pointed out special-ops were photographed all over the site of the Boston Marathon bombing before, during and after the attacks.

While there is speculation those photographed could be Navy Seals the overwhelming majority of the evidence points to those in the photograph being part of a for hire black-ops mercenary squad known as Tradecraft.

Shortly after Before It’s News reporter Alexander Higgins reported on the digitally manipulated slideshow the FBI and the media are fraudulently passing as actual surveillance video it was suggested the alteration may have been done to hide mercenary’s signature skull logo.

Upon asking why this may have been done it was suggested the video may very well have been altered to hide the tell-tale skull that is part of the Trade Craft insignia the alternative media is buzzing about..

After further investigating the so-called FBI surveillance “video” for signs of alteration it was immediately obvious that the images of the alleged suspects had possibly been altered to hide the fact they where in fact part of the black-ops team on site.

This image comparing the alleged suspect, which police say is still at large and is the man that physically planted both of the bombs, to the black-ops personnel photographed at the bombing.

To be clear here is an actual picture of the alleged suspected.

Enlarging the image reveals a clear area that may have been digitally manipulated to hide the skull logo.

For an explanation of why the video is clearly a slide show that is being faked into appearing to a video see this.

With mercenary firms around the globe now owned by Wall Street banks and acting as private armies for global elitists who are funded in most cases exclusively with US taxpayer money such ruthless thugs not loyal to our Constitution have no business conducting operations inside the United States.

It raises all kinds of questions about their presence which become even more intriguing when considering the main stream corporate media and law enforcement officials refuse to even acknowledge their presence at the bomb site nonetheless date attempt to explain why they were there and what they were doing.

Mike Adams from Natural News gives a good explanation of why the operatives are believed to be from the private mercenary firm Tradecraft.

Natural News has now confirmed that at least five private military contractors were operating on scene at the Boston marathon, and that they all carried black backpacks which look very similar to the backpack carrying the pressure cooker bomb (see pictures below).

The mainstream media is completely censoring any mention of these “Craft” operatives, pretending they don’t even exist. Only the alternative media is conducting real investigative journalism on these bombings. The mainstream media isn’t interested in the truth; they only want to spin the attack into a new way to somehow blame conservative Americans for something they had no part in.

Thanks to the help of researchers posting on 4Chan, plus a bit of our own analysis, we’ve been able to bring new research to light as you’ll see in the photos below.

Who is this guy and what is he holding in his hand?


The following photo was snapped mere moments after the first bomb detonation. Many people are asking, “Who is this guy?” and why is he dressed in combat boots and military BDUs (pants)? More importantly, what is he carrying in his hand? 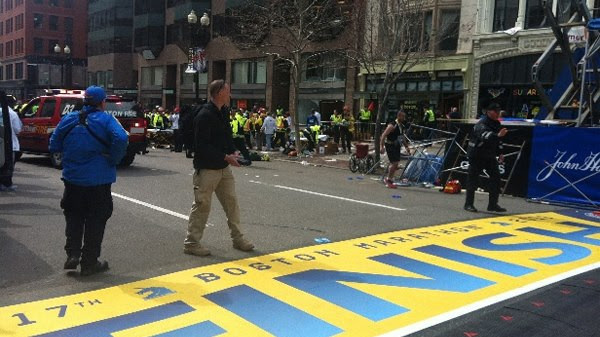 We were able to get a close-up of the object in his hand: With a bit of research, we were able to confirm this object is an “Inspector Radiation Alert” device that detects the kind of radiation which would be produced in a dirty bomb attack or a nuclear attack: 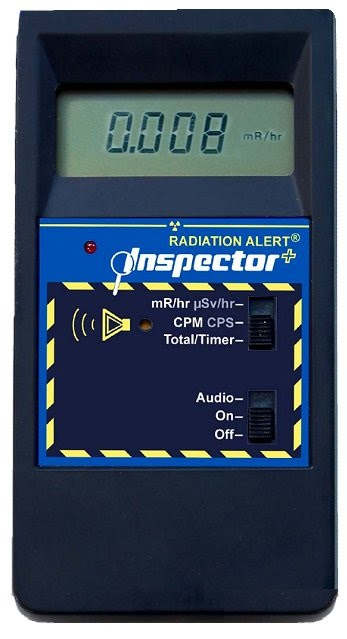 This immediately brings up all sorts of questions, such as: Who hired this guy? Whose side is he on? Why would he anticipate the need for a nuclear radiation detector? What kind of private military operative routinely carries such expensive gadgets?

Here’s a picture of three of these men reacting to the explosion. The one in the middle is the same guy in the radiation detector photo, above: 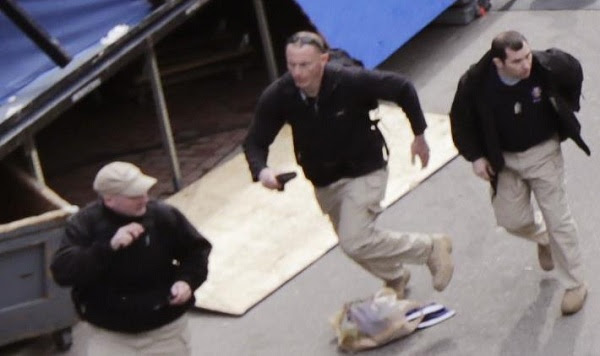 There are several things worth noting in this image:

1) All three of the men look surprised, even shocked by the events. This might argue against their prior knowledge of the bombings.

2) The object in the right hand of the man in the middle may resemble a small handgun, but I’m sure it isn’t. Why? Because no highly trained private military operative would carry a handgun with a “pincer” grip as appears in the photo. A proper grip on a handgun is far deeper into the palm. This object is most likely the same radiation detector shown above, just captured from a weird angle with a flapping leather case of some sort.

3) The man on the left, an older gentleman, appears to be holding an object in his right hand which seems capable of being actuated with his thumb. 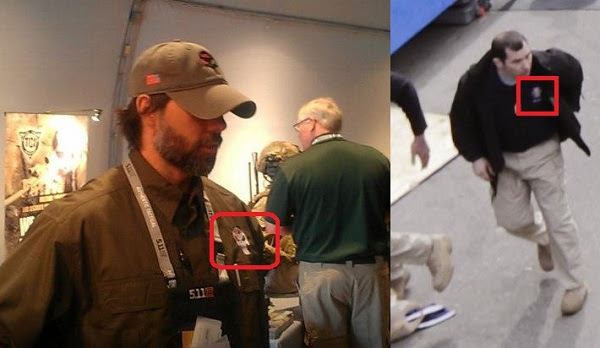 Here are two more operatives on the scene, wearing the exact same uniform: 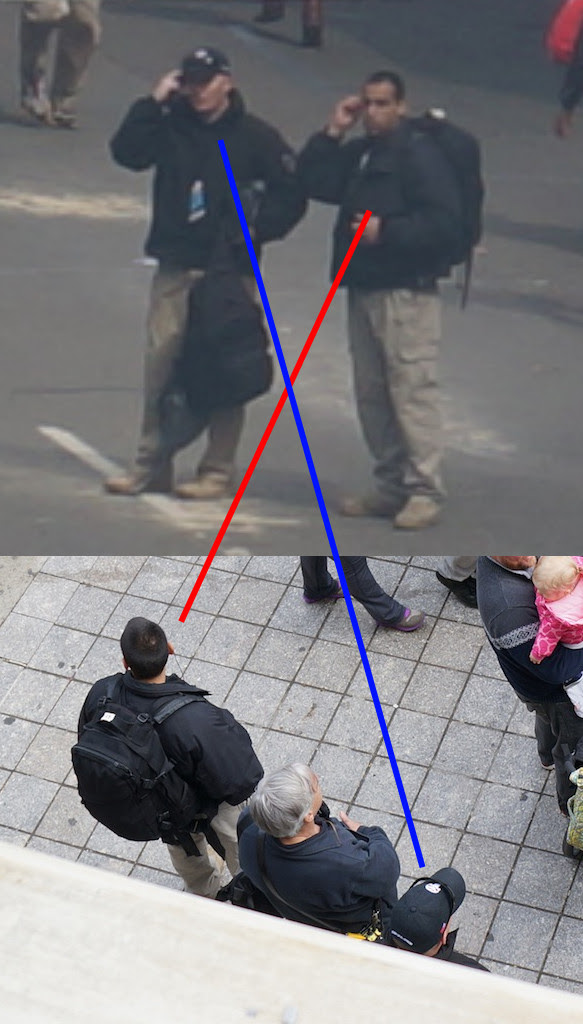 If you look at the hat for one of these men, you can clearly see “the Craft” skull logo on his hat: 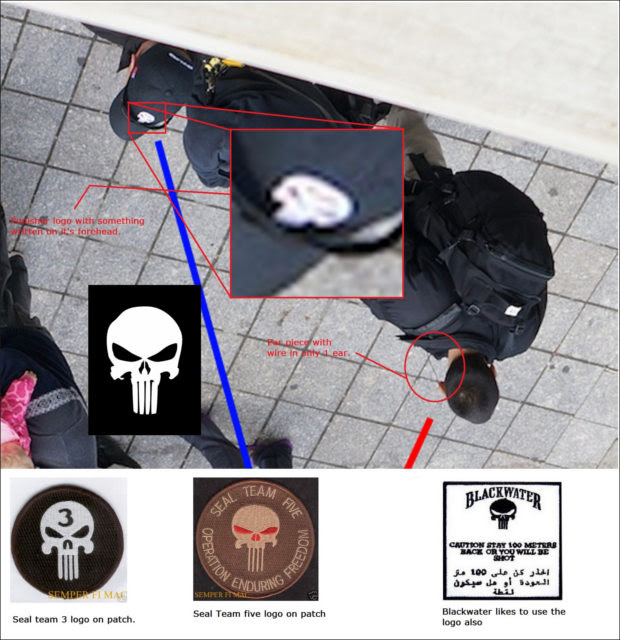 Navy SEAL sniper Chris Kyle was also a member of The Craft. He was murdered by one of his close friends a few months ago. The appearance of The Craft operatives at the Boston marathon bombing raises new questions about Chris Kyle’s death: 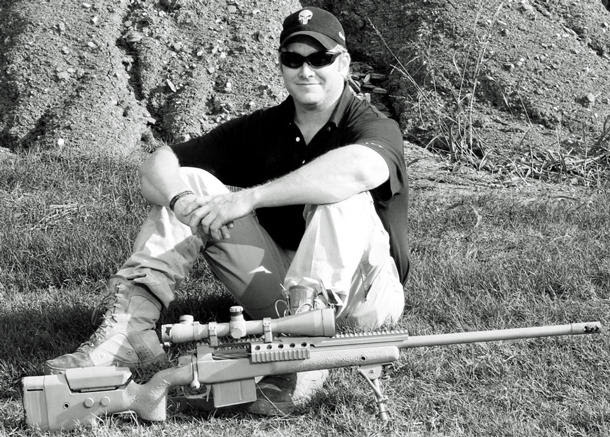 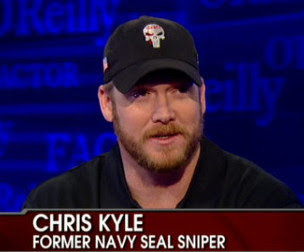 Here’s the Craft motto, which says “Violence does solve problems.” 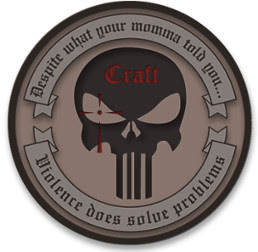 If you still doubt these are “Craft” operatives, check out The Craft website where all these images, logos and uniforms are instantly confirmed.

Here’s where all this gets incredibly spooky: The backpack that carried the pressure cooker bomb looks very similar to the black backpacks worn by The Craft operatives: 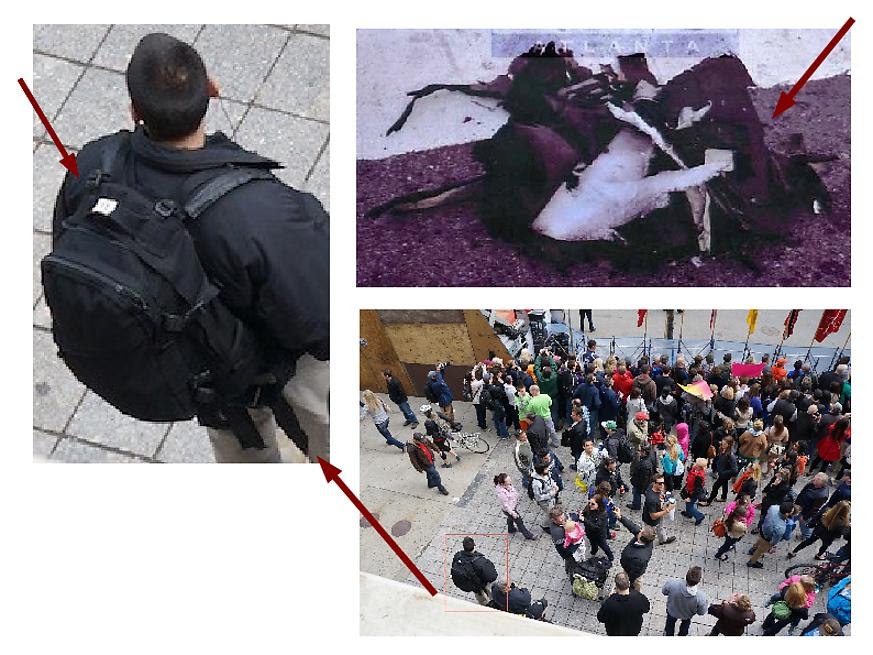