'With More Murder in Their Minds' - Reflections on the Presidential Debates

Conference of the Herds 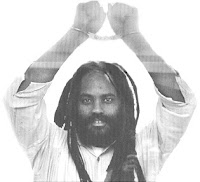 I confess to not watching the entire presidential ‘debate’. By 20 minutes, I could stand no more.

I saw nothing more than a pack of dogs, yelping fear, hatred, ignorance and enmity at the world around them.

It was as astonishing as it was ugly.

There were no words; there were merely snarls at a world that dared outgrow them, that no longer regarded them as the moneyed masters of the universe.

With few exceptions, they paid tribute to the ignorance that birthed the disaster in Iraq, or that nursed their CIA, MI-5, ISI, and Saudi-trained and paid assassins now nipping at their heels.

They growled at immigrants, even though all of them, save one, were sons or grandson (or granddaughter) or immigrants. That one?

A grandson of slaves.

Hounds may bay at the moon, but they can’t move it an inch.

Dogs may chase a bus, but they can’t really catch one.

These dogs of war may open the door to carnage, but it will be your sons and daughters who suffer and die on the bloodied altar of political ambition.

They will bury their charred remains, grant them a medal, and step over their shredded bodies in pursuit of vain political advantage.

This war, started in imperial hubris, will wage until our grandchildren are elderly – no matter what.

And these politicians will bay at the moon, with more murder on their minds.

Mumia Abu-Jamal is the author of Writing on the Wall.