Killed in Captivity: The Sad Life and Death of Harambe

All the World’s a Stage: Thoughts on the Death of Harambe, the Cincinnati Zoo Gorilla 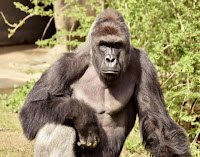 It’s a SeaWorld moment for the Cincinnati Zoo. A gorilla named Harambe has been shot and killed.

And just as Blackfish—the film exposing everything wrong with using orcas for human observation and fun—reverberates beyond SeaWorld and challenges the existence of aquaria generally, so will Harambe force the public to rethink gorillas wherever we look at them.

Harambe’s life, we now must note, was marked by isolation from this gorilla’s own parents, and by alienation, transit and objectification.

And like the great killer whales, a zoo gorilla, alive or dead, has lost a lifetime, missing everything that makes a free life possible: viable habitat, and interactions with the living communities they’ve co-evolved with.

To redeem the wrong done to Harambe is impossible—as it was ever since the day, 17 years ago, Harambe was born between walls.

What did it take for us to notice? At the Cincinnati Zoo, a little kid slipped through fence and into the exhibit. Keepers shot the gorilla dead in the rush of panic, amidst the screams of spectators. As the zoo explained:

“The Zoo’s Dangerous Animal Response Team responded to the life-threatening situation and made the difficult decision to dispatch the gorilla (Harambe).”


A captive animal such as Harambe will always be at risk of paying the ultimate price for a safety breach, though such a scenario is the fault of captivity itself. If we think it appropriate to hold conscious beings in exhibits for ticketholders in the first place, we have already made the assessment that their lives are not as valuable as ours.

We should know better. And nowhere, save possibly in the case of orcas, is the wrong more blatant. We’ve made cultural archetypes of the dangers visited upon us when we bring large beings into exhibits. King Kong, in New York to be displayed, died falling off a building, attention focused on the screaming Fay Wray. The audience was made to sympathize with Kong—or, rather, Kong’s humanlike emotions.

Whether Harambe, if not shot, could have related to the child will be debated in the flow of critiques of the Cincinnati Zoo. But whether a being has an anthropophagic nature or not hardly matters.

We perceive other animals as risky; indeed, an element of these exhibits’ allure is the natural force of the animal contained. Regardless of their supposed virtues, zoos permit the ticket-holders to act out dominance over other beings in a staged environment.

Let the Untamed Be


As I write, the zoo’s Gorilla World page still shows a bio of Harambe, along with the bios of several remaining gorillas. They, captive and unable to safely return to their lands, should not be exhibited, but should instead be offered private refuge. No captive breeding. No public viewing or cognitive research.

One of the Cincinnati Zoo’s survivors is Mondika—named, disturbingly, after an area in the Republic of Congo that habituates western lowland gorillas as research specimens and for ecotourism—thus making a zoo-like destination out of this being’s ancestral habitat. 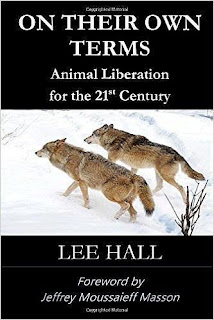 At a U.S.-sponsored conference, Rwanda’s minister of Trade and Industry spoke of gorillas as a “common resource” of three countries including the Democratic Republic of Congo. Meanwhile, we advocates discuss the matter of whether non-human apes should actually be deemed persons and assigned rights of their own. The best we can do for them today, though, is to release them from the traps our laws have constructed for them. This includes undoing regulatory facilitation of the habituations and public displays of these beings. We need to get out of our own way and our dominion-loving minds to shield them—and their habitat—from the human gaze.

For if rights would mean anything real, at their core is the simple right to be let alone, to flourish on their terms.

Here it’s worth noting an 1890 Harvard Law Review article, The Right to Privacy. Troubled by the distress caused by intrusive reporters, authors Samuel Warren and Louis Brandeis proposed a new tort: the invasion of privacy.

Their aim was to shield the individual from “popular curiosity” and to respect the “inviolate personality” as “part of the more general right to the immunity of the person.” For Harambe and other primates of the other-than-human kind, there’s something to that.

And time, for gorillas and all primates, is of the essence, with around half of all communities of primates at risk of extinction spurred by human intrusions that include hunting, clear-cutting, and resource-guzzling animal agribusiness as well as tourism.

Our honest expression of responsibility for what we have done to Harambe needn’t be legally complicated, but it won’t be easy. What’s needed is a humanity capable of respecting the interests of other members of Earth’s biological community in simply being let alone, in flourishing in their habitats free from our intrusions and control. Such a paradigmatic shift will enable us to gain an authentic respect for the ethic beneath our outrage over Harambe’s death, and to grasp that we are actors within our biosphere, not spectators.

Lee Hall, a Widener University adjunct, holds an LL.M. in Environmental Law, and has authored the new book On Their Own Terms: Animal Liberation for the 21st Century. Follow Lee on Twitter: @Animal_Law