A Study in Hypocrisy: Canada's Foreign Policy and Academia 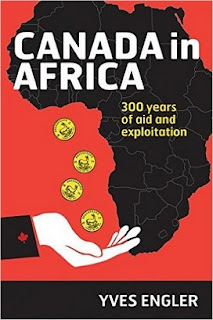 Should social scientists seek the truth regardless of whose toes may be stepped on and cite, up front, possible conflicts of interest regarding matters they study?

All academic disciplines claim independence of thought and transparency are principles that guide good research. So, what to make of a Canadian foreign policy discussion dominated by individuals with ties to the decision-making structures they study?

During World War II his company provided vessels for Atlantic convoys and Paterson was a major player within the Liberal Party.

Twice under-secretary of External Affairs and leading architect of post-World War II Canadian foreign policy, Norman Robertson was the school’s first director. Unhappy in a diplomatic post in Geneva, External Affairs colleagues secured Robertson the NPSIA position. During his time at Carleton, Robertson continued to be paid as a “Senior Advisor” to External Affairs, overseeing a major review of a department concerned about growing criticism that it was acting as a U.S. “errand boy” in Vietnam.

The initial chair of Strategic Studies at NPSIA was a former deputy minister of Veterans Affairs and Canada’s principal disarmament negotiator between 1960 and 1968. Lieutenant-General Eedson L. M. Burns left government to take up the Carleton post.

Three months after stepping down as prime minister in 1968 Lester Pearson began teaching a seminar on Canadian foreign policy at NPSIA. In a foreword to Freedom and Change: Essays in Honour of Lester B. Pearson, Senator Norman Paterson wrote, “the idea of creating a School of International Affairs in Canada and thoughts on how Lester Pearson might spend part of his time after retiring from public life became intimately bound together in my mind.”

After Pearson died in 1972 his friends raised funds to establish the Lester B. Pearson Chair of International Affairs at NPSIA. A former Canadian ambassador to Egypt and the USSR, as well as secretary-general of the Commonwealth, Arnold Cantwell Smith, was the first Lester B. Pearson chair.

The close association between NPSIA and Global Affairs continues. Former Canadian ambassador to the UN, president of the Security Council and director of the government-created Canadian Institute for International Peace and Security, William Barton gave $3 million to establish a chair at NPSIA in 2008.

NPSIA is but one example of the foreign-policy government apparatus’s influence in academia. Into the late 1960s individuals who’d worked in the military’s historical sections dominated academic posts in military history and associated fields while current or former DND and Global Affairs historians remain influential within academia. DND has also instigated a handful of “security studies” programs and its Security Defence Forum funds more than a dozen of these university initiatives. Similarly, the Canadian International Development Agency spawned and financed various “development studies” programs.

Is it any wonder that critical discussion of Canadian foreign policy is rare? Canadians deserve better from the institutions they rely upon to tell them the truth.

Yves Engler is the author of Canada in Africa: 300 years of aid and exploitation. Read other articles by Yves.