A Liberal Dose of Nostalgia: Pining for the Good-Old Days at the Guardian

A dangerous nostalgia for the pre-Trump order

It is not often I recommend a Jonathan Freedland column, but this one is interesting in the way it reveals, mostly inadvertently, what is bad and what helpful about a Trump White House. As Freedland notes, the more we learn about Donald Trump’s chief strategist Steve Bannon, the more dangerous this administration seems. Bannon apparently believes in, 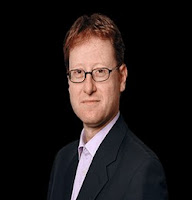 The Fourth Turning, which argues that human history moves in 80- to 100-year cycles, each one climaxing in a violent cataclysm that destroys the old order and replaces it with something new.


For the US, there have been three such upheavals: the founding revolutionary war that ended in 1783, the civil war of the 1860s and the second world war of the 1940s. According to the book, America is on the brink of another. …

“We’re at war” is a favourite Bannon slogan, whether it’s the struggle against jihadism, which Bannon describes as “a global existential war” that may turn into “a major shooting war in the Middle East”, or the looming clash with China.


Trump’s threatened new world order is testing the very limits of liberal complacency. Freedland’s admission in this column of his overriding conservatism and his nostalgia for the neoliberal, corporate world that brought forth the monstrous Trump reveals quite how circular his thinking is – and, for that matter, always was.

Freedland has been cheerleader-in-chief at the Guardian of the “Great American Democracy” for nearly three decades, beginning with his posting to Washington. Despite his protests now, he and other liberals made very little noise against the slow erosion of civil rights in the US and the accretion of powers to the security state, especially under Democratic presidents Bill Clinton and Barack Obama.

The gradual reversal in recent times of the democratic gains made in the US during the 1950s and 1960s have gone largely unremarked by the liberal punditocracy. But it was these very reversals that created, first, the political and media climate Trump exploited to win power and, second, the national security infrastructure he will exploit to entrench his rule against opponents.

From these first weeks, it seems that Trump is committed to kicking down the old order, creating a Darwinian survival of the fittest nations in which he thinks the US, or at least his inner circle, will emerge triumphant. That risks wars far closer to home than we in Europe and the US would like. We have preferred our wars, care of more liberal presidents, to be distant, out of view.

What is needed now are radical left ideas that challenge Trump’s radical right ideas. Freedland’s hankering for return to the status quo – the incremental plunder of the national coffers by the mega-rich, covert class war, a mostly low-level global “war on terror” that benefits only the military-industrial complex, lip service to tackling a climate change already in overdrive, all obfuscated by the corporate media of which he is part – is not a recipe either for humankind’s survival or for preventing another, even worse Trump figure emerging further down the line.

This has to be the test for the coming protests against the Trump administration. Marching with placards demanding, like Freedland, a return to where we were before Trump burst forth on to the scene, simply adds fuel to the alt-right’s funeral pyre.

This is no time for a longing to bring back the discredited old order. What we need now is fire in the belly of the left, a burning desire for real change, for social justice, not a simmering resentment that the privileges enjoyed by Freedland and his liberal colleagues are under threat.
Posted by Gorilla Radio Blog at Saturday, February 04, 2017