Free at last! Canada without NAFTA

John A. Macdonald called free trade with the US “veiled treason.” A century later, Pierre Elliott Trudeau called the FTA a “monstrous swindle.” 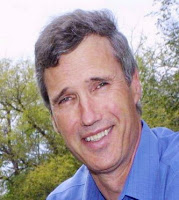 Donald Trump has said he intends to renegotiate or cancel the North American Free Trade Agreement (NAFTA). This would be good news if we take the opportunity to get out of the NAFTA straitjacket and begin using Canadian resources for the benefit of Canadians.

Under the Canada-US Free Trade Agreement (FTA) – chapters 4 and 9 and NAFTA chapter 6 – Canada gave the US the right to take the same proportion of any good, including all forms of energy, that it was taking over the previous three years, even if Canada itself goes short.

The US is now taking about 60% of our oil production and with the prospect of large new pipelines to the US, which cripples the idea of an east-west pan-Canadian line because we have a finite supply of oil, that percentage will rise.

Under (NA)FTA, the US has the right to continue taking this 60%, and more, of our total supply, in perpetuity. Further, Canada has agreed to never charge the US more for any good, including all forms of energy, than it charges Canadians.

Meanwhile, in addition to charging some of the world’s lowest royalty rates, we are selling our oil to the US at far less than the world price – a subsidy from Canada to the US of roughly $30 billion per year – while Canada pays some $10 billion a year to import foreign oil, mostly from Saudi Arabia and the US, into eastern Canada at world price. Does that make sense?

No self-respecting country would, as Canada did under Brian Mulroney and Jean Chrétien, sign away its resources, its sovereignty and its future in this way and most Canadians are still unaware our country has done so. (Mexico refused to sign these energy sections in NAFTA and exempted itself from their terms.)

Eighty percent of the world’s oil resources are held by state-controlled oil companies. Yet, in the 1990s, Progressive Conservative and Liberal governments privatized and sold our national oil company, Petro-Canada, which in a few years had grown to become one of Canada’s largest companies. Norway, which has less oil than Canada, voted to stay out of the EU and today has a trillion dollar (and growing) surplus. It has used its oil and its national oil company, Statoil, to make Norwegians the richest people on Earth with free childcare, free dental care for everyone under18, free university education and generous old age pensions. There is zero government debt and homelessness is virtually non-existent.

By contrast, Canada, a far richer country than Norway, has massive provincial and federal debt, totalling some $1.2 trillion, after decades of pouring increasing amounts of oil, gas and other resources across the border. The provinces are desperately offering to sell off profitable crown corporations to pay their bills, while also implementing huge budget cuts. Canada has miserly old age pensions, high university tuition and no national free pharmacare, childcare or dental care.

If we continue in this way, the resources will be gone. Norway will hand its savings to its grandchildren, but what will we say to our generations to come?


Algeria used its oil to build Sonatrach into the largest company in Africa. Mexico’s publicly owned national oil company, Pemex, is Latin America’s second largest company, producing 40% of Mexico’s federal government revenue. Italy’s state controlled oil and gas giant, ENI, brings in $150 billion a year. Brazil’s publicly controlled Petrobras has grown into a world leader of advanced technology, the southern hemisphere’s largest company; its power kept Brazil’s stock market steady during the 2008 whiplash. Libya, until it was subjected to a horrific US-led NATO attack in 2013, in which Canada played a significant role, used its oil revenue to move its citizens from the poorest in the world in 1960 to the highest standard of living in Africa.

NAFTA’s Chapter 11 contains a dispute settlement provision allowing US and Mexican corporations to sue Canada for any law or regulation, which they think causes them “loss or damage” and which they feel breaches the spirit of NAFTA.


These disputes are not heard by Canadian judges in Canadian courts, but by special tribunals operating behind closed doors, using not Canadian law, but NAFTA rules. There is no right of appeal. Since 1994, Canada has been sued 35 times by US corporations under NAFTA, reversed several of its laws, paid out $200 million in NAFTA fines and faces claims of $6 billion more. The US has not lost a single case.

(NA)FTA gave US corporations sweeping rights to buy up most of the Canadian economy. Called “national treatment,” it prohibits Canada from restricting or screening new US investment in Canada and grants American investors, citizens and corporations the right to be treated as if they were Canadian citizens. With a low dollar and low interest rates, the wholesale take-over of Canadian companies is proceeding in a torrent. Our standard of living and real wages have declined, jobs and factories have disappeared and almost a million Canadians now use food banks.

Freed from (NA)FTA, Canada could go on to use its natural resources to create Canadian owned and controlled industries, with all the benefits and security that could mean for Canadians. Instead of spending hundreds of billions of dollars on foreign machinery, electronics, ships, aircraft and jet fighters, we could build our own. We once created the world’s most advanced jet fighter, the Avro Arrow, so we know it can be done. Canada is a huge market for foreign automobiles. Countries from Korea to Italy and Sweden, far smaller than Canada, with a fraction of our resources, have built their own auto industries. So could we.

Our founding fathers would be outraged at the giveaway of our raw resources and the casual sale of our railways and iconic corporations: from Hudson’s Bay to Stelco, the dismantling of the Canadian Wheat Board, built by western farmers and given away for a song, and Nortel, Canada’s giant, high tech powerhouse, allowed to go down, its parts picked up by Google and its other foreign competitors.

For 150 years, great Canadian leaders have warned that, without an economic border, Canada would not long have a political border with the US. John A. Macdonald called free trade with the US “veiled treason.” A century later, Pierre Elliott Trudeau called the FTA a “monstrous swindle.”

Both John A. Macdonald and Georges-Étienne Cartier were determined to build Canada into “a northern power,” a competitor to the US, not a resource colony. We can see their vision in the magnificent Parliament buildings they left us, the world class railways they built to bind the country together and one of the world’s longest lasting and most admired constitutions.

The idea that Canada would sign away its precious non-renewable resources to another country, our greatest competitor, and that it would allow itself, at the whim of foreign corporations, to be sued for following its own goals, would have been unthinkable to our founders. Let’s take this chance to get out of these destructive agreements, the FTA and NAFTA, stand on our own two feet and make Canada an independent power on the world stage.

David Orchard is a farmer and the author of The Fight for Canada: Four Centuries of Resistance to American Expansionism.