Numbered Man: An Analysis of the Prisoner 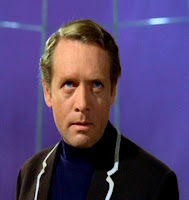 1960s spy fiction is some of my favorite fiction.

Developing its own unique aesthetic, from Bond to The Saint to Harry Palmer, the vivid, flamboyant style of both the spies and their cinema incarnations created an iconic pop phenomena that survives still (as 007 is still going strong).

Everyone knows 007, but few are aware of the more philosophical, science fiction based British cult show, The Prisoner starring Patrick McGoohan.

McGoohan not only starred in the show, but is also the series’ co-creator, following his successful Danger Man series, and reportedly passed over the role of Bond in Dr. No and The Saint due to moral qualms with 007’s ethics (McGoohan was a professing Roman Catholic).

Regardless, The Prisoner remains one of the most fascinating presentations of the dark side of international espionage, combining the esoteric, philosophical, geopolitical and the fantastical, as well as functioning as a critique of the most foundational assumptions of modern, “progressive” man.

For this, it most certainly warrants an analysis.

Modernity involves the belief that nature (including human nature) is infinitely malleable, open to the endless manipulation and “improvement” of science. In a 1977 interview with Canadian journalist Warner Troyer, McGoohan said,

“I think we’re progressing too fast. I think that we should pull back and consolidate the things that we’ve discovered.”