by Roger Waters - via NYT 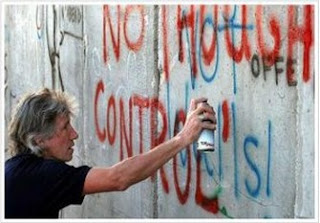 Members of Congress are currently considering a bill that threatens to silence the growing support for the boycott, divestment and sanctions movement for Palestinian freedom and human rights, known as B.D.S.

This draconian bill, the Israel Anti-Boycott Act, threatens individuals and businesses who actively participate in boycott campaigns in support of Palestinian rights conducted by international governmental organizations with up to 20 years in prison and a $1,000,000 fine.

By endorsing this McCarthyite bill, senators would take away Americans’ First Amendment rights in order to protect Israel from nonviolent pressure to end its 50-year-old occupation of Palestinian territory and other abuses of Palestinian rights.

The American Civil Liberties Union has condemned the bill, which the American Israel Public Affairs Committee is lobbying for, as a threat to the constitutional right to free speech.

All Americans — regardless of their views on Israel-Palestine — should understand that potentially targeting and blacklisting fellow citizens who support Palestinian rights could turn out to be the thin end of a thick authoritarian wedge. Continue reading the main story

This is not new. Some two dozen anti-B.D.S. bills have been introduced in Congress and state legislatures across the country as part of an insidious effort to silence supporters of Palestinian human rights — some have already passed. In most cases, these bills bar states and the federal government from doing business with, or investing in, companies that abide by boycott or divestment campaigns related to Israel’s violations of international law. None of these laws has been tested in court yet.


This criminalization of support for B.D.S. in the United States mirrors similar efforts in Israel. In 2011, the Knesset passed a law that permits Israeli citizens or organizations who publicly endorse B.D.S. to be sued by anyone who has been affected by the boycott call. And earlier this year, it passed a law that allows Israel to deny entry to foreigners who have publicly supported boycotts. It was under this law that Alissa Wise, an American rabbi who was part of an interfaith delegation to the Holy Land, was recently prevented from boarding a flight to Tel Aviv.

Criminalizing boycotts is un-American and anti-democratic. Boycotts have always been accepted as a legitimate form of nonviolent protest in the United States. In 1955 and 1956, a bus boycott in Montgomery, Ala., incited by the protest of Rosa Parks and others, became one of the foremost civil rights struggles against segregation in the South.

More recently, the National Collegiate Athletic Association refused to hold championship events in North Carolina after state legislators there passed a law that curbed legal protections for lesbian, gay, bisexual and transgender people and set discriminatory rules regarding transgender bathroom use in public buildings. Numerous artists, including Bruce Springsteen, refused to perform in the state; major corporations canceled investments in North Carolina. The voice of boycott in support of civil rights was heard and the bill was repealed, albeit as part of a problematic compromise.

In these cases, progressives lauded these boycotters as champions of equality. So why do national lawmakers — including supposedly progressive Democrats — want to make an exception for those who support equal rights for Palestinians? 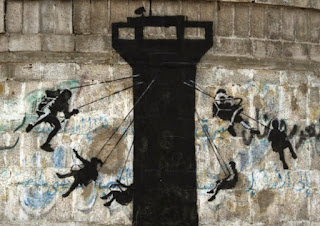 When the cause is just, boycott has shown itself to be an effective method of shining light on human rights abuses and the flouting of international law. That is why the Israeli government and its supporters are so determined to silence those who support B.D.S.

Pro-Israel groups have for years attempted to demonize supporters of B.D.S. — trust me, I know.

I am currently in the middle of a 63-date tour of the United States and Canada. Audiences of tens of thousands are coming together at our “Us + Them” shows, which embrace love, compassion, cooperation and coexistence and encourage resistance to authoritarianism and proto-fascism. These appearances have been greeted by a few sporadic protests by right-wing supporters of Israel.

These protests would be of no consequence, if they did not occasionally have truly negative consequences. For instance, the city of Miami Beach prevented a group of school children from appearing onstage with me after pressure from the Greater Miami Jewish Federation. I understand that city officials have a democratic right to disagree with my opinions, but I was shocked that they were willing to take it out on kids.

These attacks are routine and relatively minor. But the Israel Anti-Boycott Act is serious “lawfare.” Officials in Nassau County in Long Island are threatening to take legal action to shut down two shows I have scheduled there next week, using a local anti-B.D.S. law passed in 2016. If the Nassau County attorney proceeds against the operators of the Nassau Coliseum, we will have our day in court and argue on behalf of all those who believe in universal human rights and the First Amendment.

Polls show that nearly half of all Americans, and a majority of Democrats, would support sanctions against Israel because of its construction of illegal settlements on occupied Palestinian land. Indeed, more and more churches, student groups, artists, academics and labor organizations are backing the tactics of boycott and divestment as a means to pressure Israel to end its abuses of Palestinians. If passed, the Israel Anti-Boycott Act could put them all, from archbishops to altar boys, artists to artisans, at risk of arrest on felony charges.

Those who are attempting to silence me understand the power of art and culture. They know the role artists played in the civil rights struggle in the United States and against apartheid in South Africa. They want to make an example of us to discourage others from speaking out.

Instead of working to undermine B.D.S., Congress should defend the First Amendment right of all Americans and stand on the right side of history by supporting equal civil and human rights for all people, irrespective of ethnicity or religion.


Roger Waters, a musician and singer-songwriter, is a co-founder of the band Pink Floyd.