The Fault in Our Stars: Requiem for a Hollywood Fat Cat

The Fault in Our Stars: Requiem for a Hollywood Fat Cat 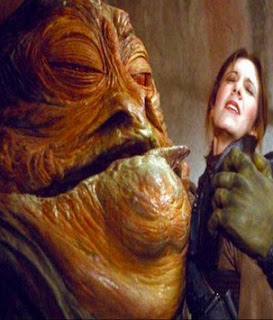 Let's all give it up for the #MeToo movement. Sexual assault and abuse is a scourge older than Methuselah. Since the beginning of recorded time, Patriarchy has made a Hell on Earth for women and girls.

It continues to do so, and the fact Harvey Weinstein's career immolation served to spark awareness and activism going far beyond California is the singlemost hopeful development in human development in our still-young century; and perhaps it will prove even more profound should the roots of its promising initiation take a deeper societal hold.

But, there's something disquieting about the whole l'affaire Weinstein; something more disturbing than the ill-making mental image of a bloated Harvey the Hutt tonguing hapless starlets chained by their ambition before his gilded throne.

The unease goes beyond the casual aplomb shown by the perp sanguinely waving off accountability with a leer and shrug. It's more bothersome even than his half-hearted apologia, made as if revelations of his grotesque predatory behaviour were nothing new, nothing to get so worked up about, nothing like revelatory really at all.

The problem is he actually, honestly could not get it; couldn't see where he'd crossed the line.

Reviewing the footage, I believe his performance. His surprise, shock, and outrage expressed then look genuine. Why, Harvey seems to ask, should I be singled out? "Why only Weinstein?" And, (with due recognition to Kevin Spacey and the handfuls of lesser luminaries similarly outed for the boorish obviousness of their abuses) he has a point.

Is it fair to pillory a token few bad apples for the sins of an entire industry?

More importantly though, for those concerned with the ill treatment of workers in tinsel town and every town, does throwing up human sacrifices to paper over endemic and systemic problems merely add insult to the injuries suffered past and current victims of workplace abuse? Isn't the real villain in this piece bigger and by magnitudes more odious than the self-important Mr. Weinstein; bigger even than Hollywood itself?

Full disclosure: I'm a veteran of 'The Biz', and still suffering industry induced PTVSD. So, you can dismiss what follows as sour grapes, or accept it as a valuable insight into the workings of the glamour business distilled from thousands of hours on scores of shows and hundreds of sets.

I left the business entirely around 2001, but the bonfire of my own career had effectively burned to embers nearly a decade earlier. I never thought to go back to it until recently when due either to cognitive memory failure or desperation borne of hitting that awkward age between the faded marketability of ones skills and utter retirement I thought taking a job on set could be fun.

When a prominent television company swooped into my neck of the backwater recently I answered their call for a "driver". I remembered set drivers as old guys who spent most of their time sitting in minivans reading novels while waiting to ferry cast and production crew around. Sure, it's a lowly position in the filmmaking hierarchy, but also one largely out of the firing line. That is to say, sheltered from the shit storm of production department squabbling and petty pecking order politicking.

How well I remember watching the figurative floggings of production assistants from my union protected film tech. perch with pity and disgust back in the day. Anyone familiar with the workings of a set will tell you, next to extras PA's are the universal whipping posts of the film world, subject to every manner of debasement, diminishment and general degradation of spirit their betters can devise. And all done with near complete impunity. I recall we used to call it, "brutal".

During my recent experience, I noticed a subtle shift in demeanor from the old days. The blatancy of abuse was absent, but its essence, that default attitude of disrespect I remembered remained; unmistakable, distinct, and as vile as ever. Masked now behind a veil of faux collegiality, the tone may have changed but not the tenor.

Gone where the open-handed insults and denigration by screaming set tyrants of yore, replaced now by woke next-gen set minders who smiled reassuringly, calling underlings "babe" and "dude" and "hon" while driving them like day-hire slaves.

Has Hollywood peered in its own black mirror and seeing Harvey Weinstein staring back found itself unable to bear things remain the same any longer? Do we have him to thank for at least that? Or is the new understanding merely a set piece, designed to assure itself and the rest of us there can be meaningful changes made?

It would be nice to think things have changed in Hollywood, and a new era of respect and good regard for neighbours and colleagues based not on status or earning power but on the inherent value of beingness is begun and will emanate outward through the media lens to imbue the social fabric, ultimately enriching all of our working experiences. I'd like to believe too the burning of effigies like Harvey and Kevin and Bill Cosby would prove the spark of a renewed enlightenment; but I'm skeptical.

I walked away from the movie set shivering in the eleventh hour, after standing in the rain, (employed as it turned out not as driver but a radio relay, a cog in a daisy chain of broken communication) with not so much as an umbrella or cup of coffee, and a sunset away from hypothermia.

The woman from production was surprised to see me, and all the one who had called me "babe" earlier wanted to know now was, "Who released you?"


Me babe? I released myself.