Behind Washington’s War on UNRWA

The Real Reasons Behind Washington’s War on UNRWA

by Ramzy Baroud - The Palestine Chronicle 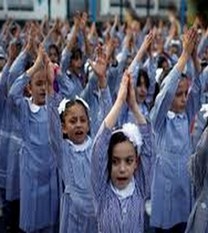 The US government’s decision to slash funds provided to the United Nations agency that cares for Palestinian refugees, UNRWA, is part of a new American-Israeli strategy aimed at redefining the rules of the game altogether.

As a result, UNRWA is experiencing its worst financial crisis. The gap in its budget is estimated at around $217 million, and is rapidly increasing.

Aside from future catastrophic events that would result in discontinuing services and urgent humanitarian aid to five million refugees registered with UNRWA, the impact of the US callous decision is already reverberating in many refugee camps across the region. Currently, UNRWA has downgraded many of its services: laying off many teachers, reducing staff and working hours at various clinics.

Nearly 40 percent of all Palestinian refugees live in Jordan, a country that is already overwhelmed by a million Syrian refugees who sought shelter there because of the grinding and deadly war in their own country.

Aware of Jordan’s vulnerability, American emissaries attempted to barter with the country to heed the US demand of revoking the status of the two million Palestinian refugees. Instead of funding UNRWA, Washington offered to re-channel the funds directly to the Jordanian government. Thus, the US hopes that the Palestinian refugee status would no longer be applicable. Unsurprisingly, Jordan refused the American offer.

News of this failed barter resurfaced last August. It was reported that US President Donald Trump's special envoy, Jared Kushner, tried to sway the Jordanian government during his visit to Amman in June.

Washington and Israel are seeking to simply remove the ‘Right of Return’ for Palestinian refugees, as enshrined in international law, from the political agenda altogether.

Coupled with Washington's strategy to “remove Jerusalem from the table," the American strategy is neither random nor impulsive.

"It is important to have an honest and sincere effort to disrupt UNRWA," Kushner wrote to the US Middle East envoy, Jason Greenblatt, in an email last January.


The email, among others, was later leaked to Foreign Policy magazine.

“This (agency) perpetuates a status quo,” he also wrote, referring to UNRWA as “corrupt, inefficient and doesn't help peace."


This notion that UNRWA sustains the status quo - meaning the political rights of Palestinians refugees - is the main reason behind the American war on the Organization, a fact that is confirmed through statements made by top Israeli officials, too.

Israel’s ambassador to the United Nations, Danny Danon, echoed the American sentiment. UNRWA "has proven itself an impediment to resolving the conflict by keeping the Palestinians in perpetual refugee status," he said.

Certainly, the US cutting of funds to UNRWA coincides with the defunding of all programs that provide any kind of aid to the Palestinian people. But the targeting of UNRWA is mostly concerned with the status of Palestinian refugees, a status that has irked Tel Aviv for 70 years.

Why does Israel want to place Palestinian refugees in a status-less category?


The refugee status is already a precarious one. To be a Palestinian refugee means living perpetually in limbo - unable to reclaim what has been lost, and unable to fashion an alternative future and a life of freedom and dignity.

How are Palestinians to reconstruct their identity that has been shattered by decades of exile, when Israel has constantly hinged its own existence as a ‘Jewish state’ on opposing the return and repatriation of Palestinian refugees? Per Israel’s logic, the mere Palestinian demand for the implementation of the internationally-sanctioned Right of Return is equivalent to a call for “genocide”.

According to that same faulty logic, the fact that the Palestinian people live and multiply is a “demographic threat” to Israel.

Much can be said about the circumstances behind the creation of UNRWA by the United Nations General Assembly in December 1949 - its operations, efficiency and the effectiveness of its work. But for most Palestinians, UNRWA is not a relief organization, per se - being registered as a refugee with UNRWA provides Palestinians with a temporary identity, the same identity that allowed four generations of refugees to navigate decades of exile.

UNRWA’s stamp of “refugee” on every certificate that millions of Palestinians possess - birth, death and everything else in between - has served as a compass, pointing back to the places those refugees come from - not the refugee camps scattered in Palestine and across the region, but the 600 towns and villages that were destroyed during the Zionist assault on Palestine.

These villages may have been erased, as a whole new country was established upon their ruins, but the Palestinian refugee remained - subsisted, resisted and plotted her return home. The UNRWA refugee status is the international recognition of this inalienable right.

Therefore, the current US-Israeli war does not target UNRWA as a UN body, but as an organization that allows millions of Palestinians to maintain their identity as refugees with non-negotiable rights until their return to their ancestral homeland. Nearly 70 years after its founding, UNRWA remains essential and irreplaceable.

The founders of Israel envisioned a future where Palestinian refugees would eventually disappear into the larger population of the Middle East. Seventy years on, the Israelis still entertain that same illusion.

Now, with the help of the Trump administration, they are orchestrating yet more sinister campaigns to make Palestinian refugees vanish, wished away through the destruction of UNRWA and the redefining of the refugee status of millions of Palestinians.

The fate of Palestinian refugees seems to be of no relevance to Trump, Kushner and other US officials. The Americans are now hoping that their strategy will finally bring Palestinians to their knees so that they will ultimately submit to the Israeli government’s dictates.

The latest US-Israeli folly will prove futile. Successive US administrations have done everything in their power to support Israel and to punish the supposedly intransigent Palestinians. The Right of Return, however, remained the driving force behind Palestinian resistance, as the Gaza Great March of Return, ongoing since March, continues to demonstrate.

The truth is that all the money in Washington’s coffers will not reverse what is now a deeply embedded belief in the hearts and minds of millions of refugees throughout Palestine, the Middle East and the world.

Ramzy Baroud is a journalist, author and editor of Palestine Chronicle. His latest book is ‘The Last Earth: A Palestinian Story’ (Pluto Press, London, 2018). He earned a Ph.D. in Palestine Studies from the University of Exeter and is a Non-Resident Scholar at Orfalea Center for Global and International Studies, UCSB.