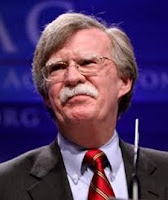 As the Trump administration and its Israeli government ally continue their destabilization campaign against Iran, the EU, Russia, and China have reached a deal with Tehran that would shield financial transactions from newly reimposed U.S. sanctions.

The U.S. has warned of “terrible consequences” for those defying its sanctions. Can Iran and the remaining nuclear deal partners withstand U.S. pressure?