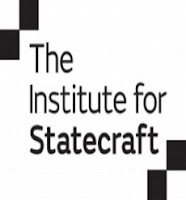 This is my first personal blogpost since April. At that time I referred to a ‘coordinated smear campaign’ against anti-war journalists, tweeters and academics, whose number included myself and other members of the SPM Working Group.

The portrayal of us as “useful idiots” for some or other official enemy, I suggested, was evidently a strategic communication.

We now know a lot more about the coordination of that communications strategy, thanks to the recently accessed documents exposing the Institute for Statecraft’s so-called Integrity Initiative (here, here and here).

Numerous points of interest and concern emerge, one of which regards the high profile attack launched at our Working Group on the front page of The Times. Two of its authors, we learn, are named in the newly available documents. They – Deborah Haynes and Dominic Kennedy – have not so far responded to invitations to clarify their association with the “Initiative”.

What we do know from the documents is that a coordinated network was very closely following all public comments on such critical events as the Skripals poisoning in Salisbury, on which SPM produced its first Briefing Note, and the chemical attack in Douma this year, which was the focus of SPM’s second Briefing Note.

The working group’s third Briefing Note will be released soon.

Meanwhile, for anyone wishing to catch up with others’ comments on the “Integrity Initiative”, links to discussions of the issue will be maintained here below.

George Galloway (12 December 2018) A very British coup: The spies who went out to the cold – by George Galloway, RT [Yes, Russia Today. Where is the Western media coverage?]