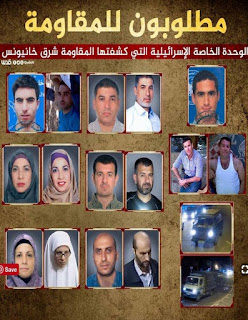 The Electronic Intifada was forced by Twitter to delete a tweet linking to a story that has been subject to Israeli military censorship.

In recent days, other publications and individuals have faced the same demand, indicating that the social media firm has agreed to become an enforcement arm for Israel’s efforts to control information about potential war crimes and abuses of Palestinian rights.

While Facebook has become notorious for enforcing censorship on behalf of Israel, this is a new turn by Twitter.

It is another ominous sign of how monopolistic Silicon Valley corporations – especially Facebook and Google – that control what are in effect the public commons are colluding with governments to reassert control of information previously lost due to the freedom provided by the internet.

On Sunday, The Electronic Intifada was ordered by Twitter to delete a tweet linking to a story about Israel’s commando raid into Gaza last month that was foiled by the resistance group Hamas.

Seven Hamas fighters and one Israeli officer were killed after Palestinians confronted the raiding party, and the Israeli incursion provoked days of intense violence that teetered on the brink of full-scale war.

Days after foiling the Israeli raid, Hamas published photos from recovered identity documents it said were of the Israelis who took part in the attack.

The Israeli military censor then issued a “rare statement in which it asked not to publish the information distributed by Hamas,” according to the newspaper Haaretz.

Israeli media, subject to mandatory censorship, have only published the photos with the faces of the suspected Israeli agents blurred out.

But other media not subject to Israeli censorship, including The Electronic Intifada, published the photos or circulated them on social media.

Twitter then began its campaign to suppress the images – almost certainly at the behest of Israel.

The Electronic Intifada had no intention of violating any rules, but like other outlets, was simply reporting news as free and independent media are supposed to do.

The Palestinian outlet Quds News Network had its account temporarily locked by Twitter after publishing what it called “reports on the botched Israeli clandestine operation” in Gaza.

Dr. Basem Naim, a former health minister in Gaza, told The Electronic Intifada on Sunday that he also had his Twitter account locked “because of a tweet with the photos of the special Israeli force” that raided Gaza. He said access to his account was restored after he removed the tweet.

Writing in Arabic, Twitter user @Shejae3a also stated that their account had been temporarily suspended for posting images published by Palestinian resistance.

Israel has been putting intense pressure on social media companies to comply with its censorship.

In March, Israeli justice minister Ayelet Shaked praised the “fruitful cooperation between Israel and Facebook, compared to the lack of cooperation by Twitter.”

But whatever resistance Twitter had been putting up to censorship by Israel, the company now appears to be as eager as Facebook to suppress information on behalf of an apartheid regime and military occupier.

A request for comment has been sent to Twitter.
Posted by Gorilla Radio Blog at Sunday, December 16, 2018